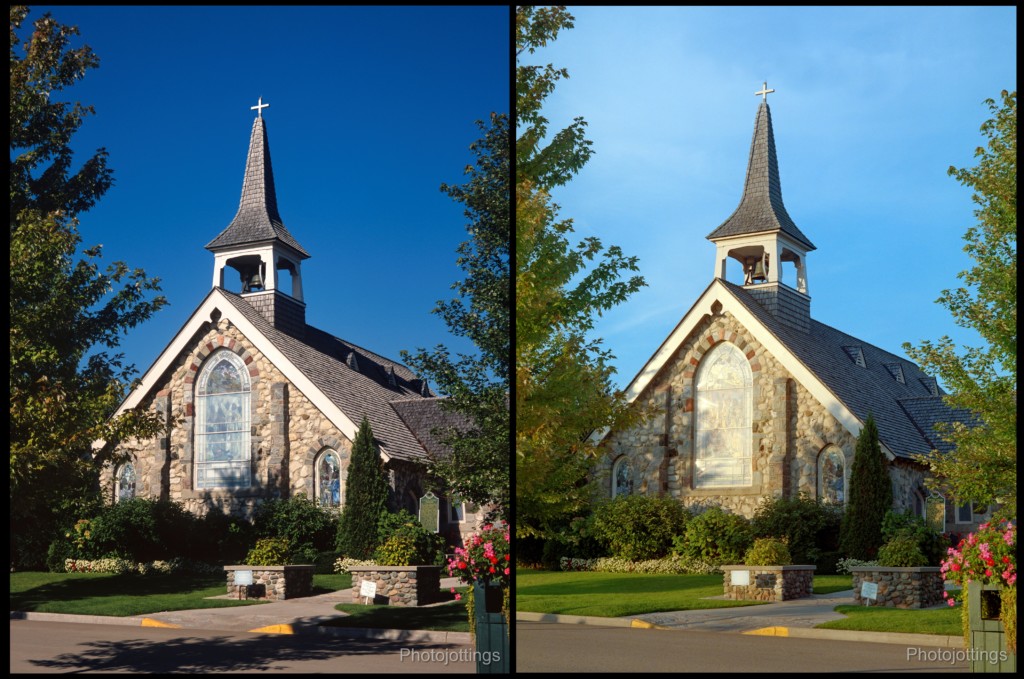 I thought I’d post another set of samples showing the differences between Color negative, and Color reversal film, otherwise known as ‘slide’ film.  The first post was here, where I compared two images taken at the same time with the same scene, but with totally different cameras.  For our second look, the same camera was used for both images as I was able to swap-out the Fuji Velvia film with Kodak Portra 800 back at the hotel room, and head back for the second Church shot.

The Little Stone Church is the subject for our comparison today.  For the first shot I used Fuji Velvia 100 color reversal (slide) film, and at the bottom, Kodak Portra 800, both taken with the Agfa Record III reviewed here.

Since I used two different types of film, and even different apertures, let’s not compare the sharpness and grain detail of the pictures, that’s not what we’re looking for.  As a side note; the Agfa Solinar lens is really sharp at F/22, noticeably more so than at F/16, and those were the apertures I used below.

The images below were cropped to a 6×4.5cm aspect ratio (removed excess sky and street) from a 6x9cm area, and resized to 6000 x 4500 pixels.  Click pictures for larger images. 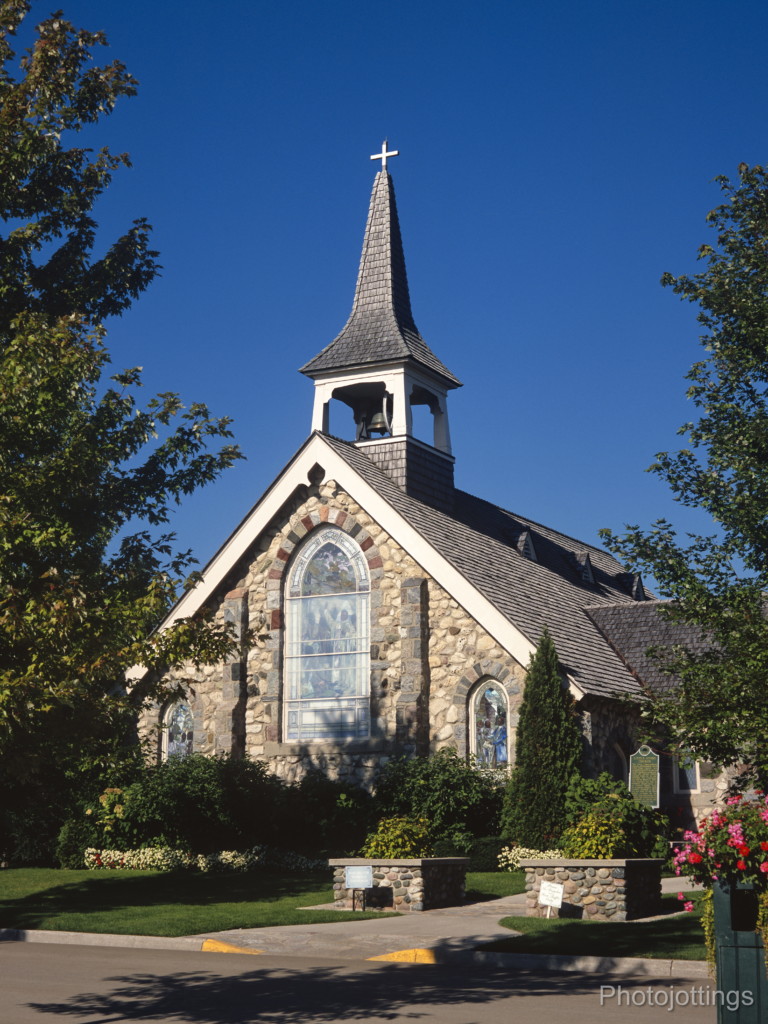 The image above was taken with Fuji Velvia ‘slide’ film, which has fine grain, nice contrast, but a limited dynamic range.  I had to be careful about over exposing the detail in the white painted trim around the roof, so the shadows are almost black, but it makes the Church really stand out.  I like the very smooth deep shadows and fine grain of Velvia, but I’m not crazy about the (typically cool with a magenta tinge) colors, so I did warm the image up a little in post to make the scene resemble more like what I saw when I was there.  I’m really looking forward to the more natural looking Kodak Ektachrome in 120 size—hopefully soon!  F/22, 1/100s. 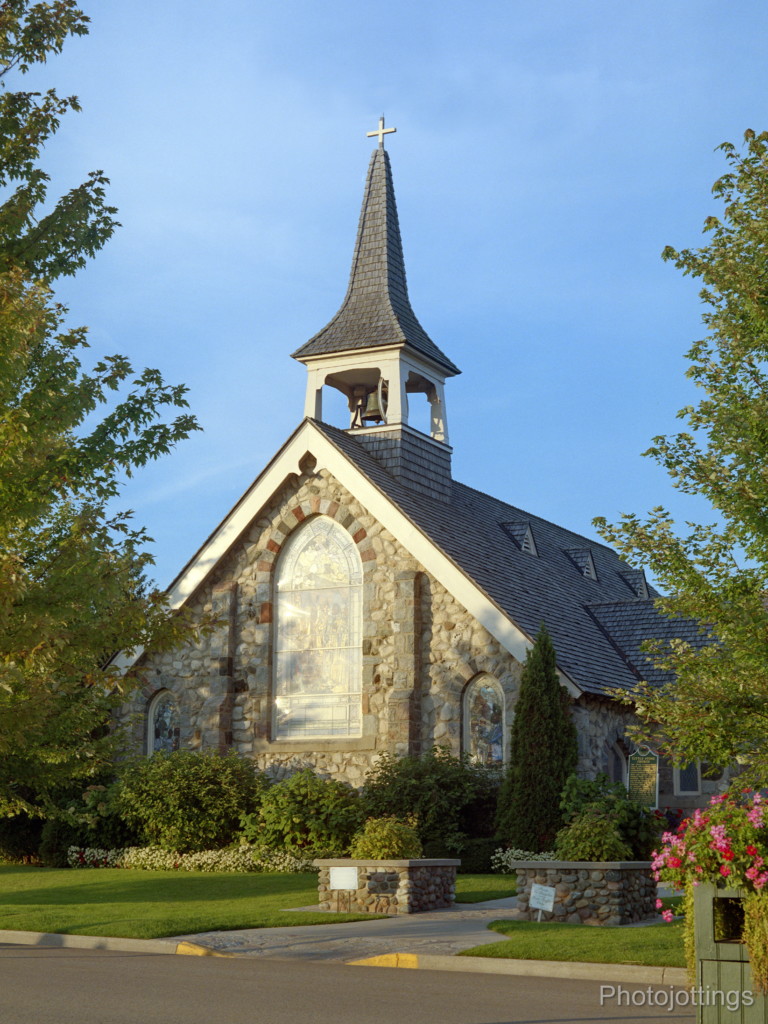 This Kodak Portra 800 picture was taken about an hour after the Fuji Velvia shot, so the lighting is more soft as the sun dips farther in the sky.  I like the colors and the ‘feel’ of the image, but the Church doesn’t stand out as much.  Perhaps taking the shot a little earlier in the afternoon would’ve been better for this film, and my vision on how it should look.  The large sanctuary window had a cloudy look to it, noticeable in both shots.  F/16, 1/50s.

With Color negative film, you don’t have to worry much about correct exposure, it’s very forgiving of over exposures, but not so much in under exposures; so when in doubt, add a stop to your calculations and go for it.  With ‘slide’ film you have to be very close with your exposure values, and you’ll probably need to meter your scenes carefully; especially if you don’t normally use this type of film.

Anyhow, I posted the images above to help illustrate the differences in the ‘look’ between ‘slide’ and color negative film, thanks for stopping by!

For inspecting film, I recommend and use the excellent Peak 22x, it gets really close!  B&H, Amazon, eBay.