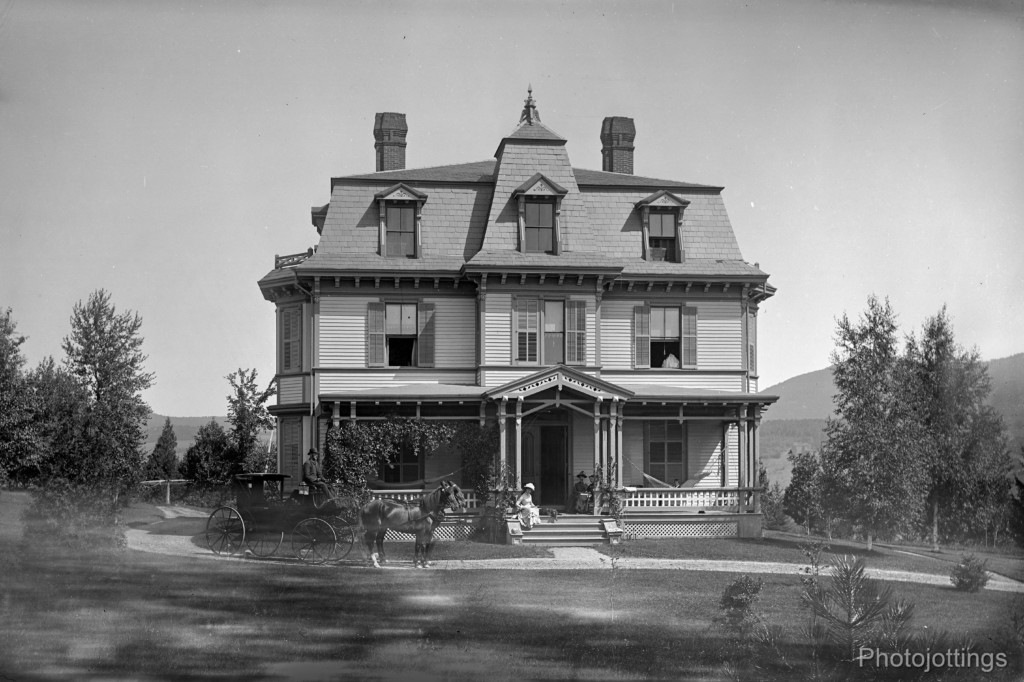 Click image above for larger version.  Scanned on an Epson V700.

This glass plate negative showing a picturesque second empire summer cottage in the Hamptons was taken on August 27th 1884 at 10:40am, with a 5″x 7″ camera, and Ross #6 P.S. lens.  If that isn’t enough information, I can include the plate brand; a Cramer (57), with the iris set at F/22, and a ‘quick cap exposure.’  How do I know this? Because I’m really smart and knowledgeable in this area—No! It’s because the photographer recorded the information on the plate envelope, see picture below.

I’ve been collecting old glass plate negatives for quite some time, and often the information (from the seller, or accompanying printed info) about the location and time period is not entirely accurate; however, the information on this negative sleeve does indeed seem to match up with the picture presented here.  My only concern for this image; is it really from 1884?  That would put it just a few years after dry plates became widely available, but available in a tiny town in the middle of nowhere?  Well I really don’t know, but it’s entirely possible; the homeowners may have hired a photographer from out of town, and if this is a summer cottage for the family, they obviously would’ve been able to afford it.  The image is very sharp with neutral development, the house is level, with lens based keystone correction, and the composition is thoughtful; the attention to details in my opinion suggests a pro photographer made this picture.

The date of August 27th at 10:40am seems correct, the shadows on the house and orientation confirm this.  The F/22 depth of field is believable, using possibly an 11″ (280mm) focal length Ross #6 P.S. lens, (Portable Symmetrical?), and the ‘quick cap’ exposure is also believable; I don’t see any movement from wind in the tree branches, but I do notice the farther horse is moving his head and front leg a bit; so maybe a one second exposure?  The lower part of the image emulsion has been scrapped away and blurred by someone, probably to remove foreground items they thought weren’t necessary for the final picture, I wish they hadn’t though.

Look closely inside the image; I see the lady in white has what looks like a tennis or Badminton racquet in her hand?  The small boy on the hammock apparently got tired of playing dress-up and threw his derby hat on the ground.  The front door and windows are open, so maybe it’s a warm summer day, and everyone is formally dressed for the photo, and probably hot!  Check out the nice Landau carriage, and what looks like a bearskin rug under the drivers feet.

Anyhow, I really like the image; it’s a nice peek into the past.  I’m guessing by the landscaping and vine on the porch the house was built several years before this picture was taken, so maybe in the late 1870s. I wonder if it was used as a summer retreat from the hot Boston Summers, or it could certainly have been the main residence of the Tenney’s too.

The name of the image is ‘Tenney Cottage’ and the location is 125 Park St, Williamstown Massachusetts.  A 2018 google street view shows the house is lacking the original charm, and has been aesthetically destroyed with a monotone paint job, along with the removal of the front porch and storm shutters; but at least it did survive, and has seen a lot of change over the last 14 decades. 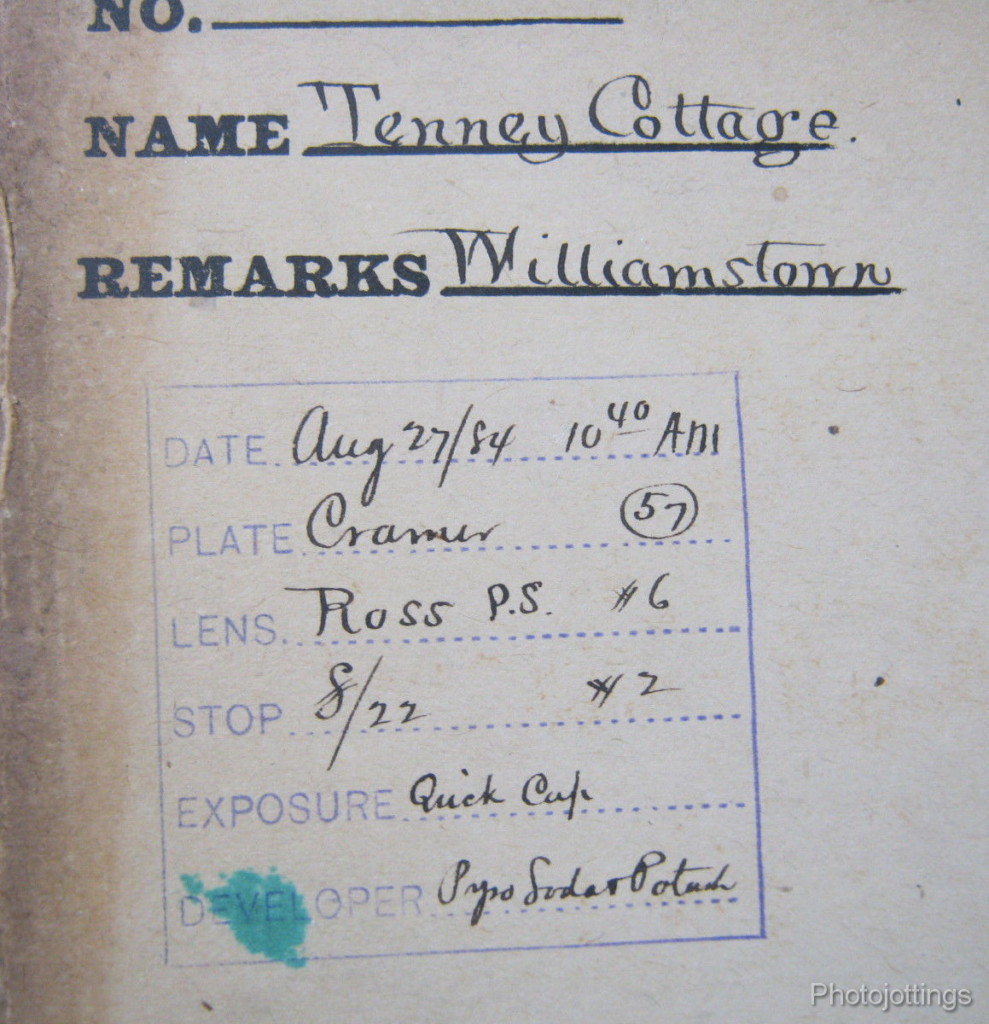 That’s it for this trip back to the 1880s, thanks for stopping by!