My Dad bought this ’58 Savoy around 1962-3 as a pile of rust, and spent a few months after work fixing the dents, and rotting fenders and doors, then finally painting it and getting it back on the road as a daily driver for my Mom.  Years later Mom would load my brother and me in the car to run errands and get groceries, and by that time, the car was starting to fall apart again.

My only memories I have of riding in it was that every time Mom drove through a puddle, I’d get soaked.  I always rode in the backseat behind her, and over the years the floorboards rotted out so badly that the rubber mat floor coverings actually sagged and fell through, leaving an open space to the road below my feet.   Finally I started complaining, and Dad, (who was never much for words) took a quick look and murmured ‘well all be damned.’  Shortly thereafter the Sayoy disappeared, and a beat up 1966 Chevy Caprice entered our lives. 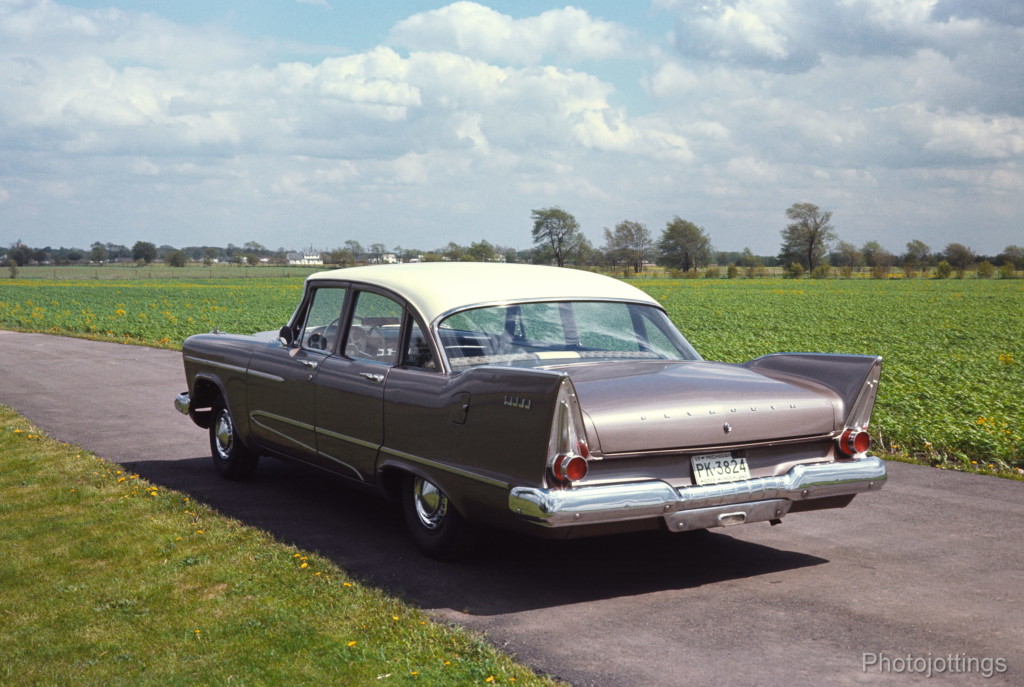 Here the car is finished and looking pretty smart, not bad for a couple hundred bucks total investment, and a first try at this type of work.  Dad was proud of the job he did on the car, and wanted to take a few glam shots to show friends.  In later years, he would do this for a living, and restored cars valued in the millions that would show or win at Pebble Beach.

The car is a 1958 Plymouth Savoy four door sedan, I think repainted to the original factory color of ‘Metallic Suede.’  Looking past the car, you can tell it was really windy this day, check out the bent over corn, and trees in the background.

These Kodachrome slides were taken in the spring of 1964 at Gramps farm, the same one featured here, and with this very camera.  The farm had about 102 acres, with the house roughly in the middle of of the property, next to the car in the picture.  Believe it or not, the entire 102 acres is now totally built up and paved over with two huge apartment complexes, a middle school, and a strip mall along the road shown in the picture below.  Ironically, the relatively new houses in the background below (late 50s-early 60s) are still there, and look mostly unchanged! 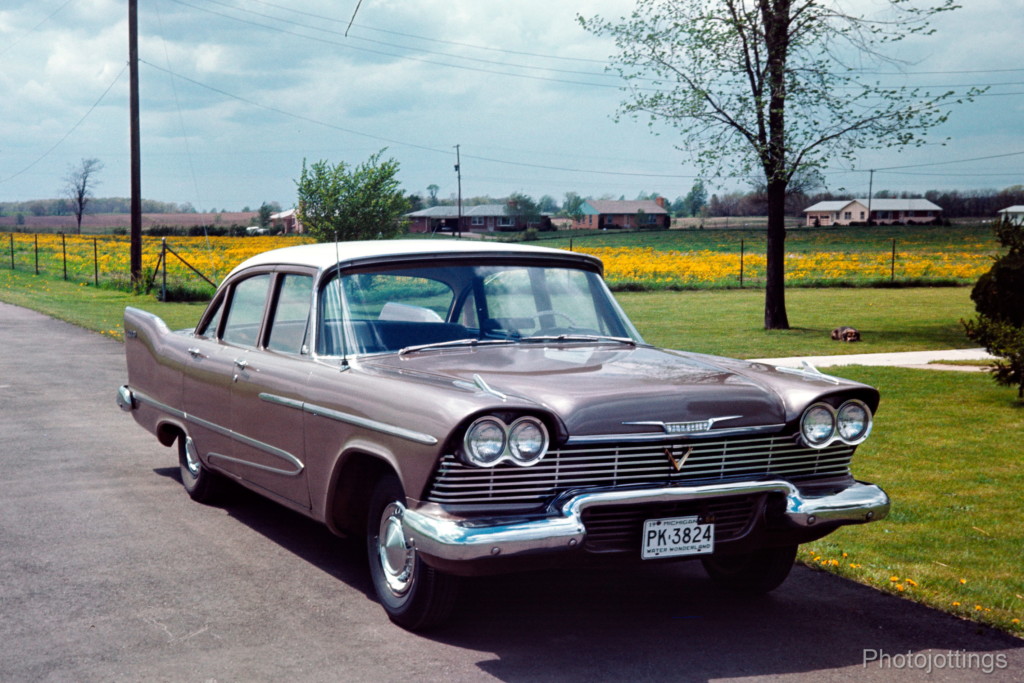 This not so sharp view; (wider aperture?) hints of ‘Christine,’ from the movie of the same name; but that car was a Red Fury, not a lowly Savoy.  Notice what looks like a nice field of goldenrod blooming, and check out ‘Butch’ the friendly, but not-to-energetic family dog.

That’s it for this trip down mid-60s Kodachrome memory lane, thanks for stopping by!