Sony DT 30mm F/2.8 SAM Review - Photo Jottings
Here’s a brief look at the Sony DT 30mm F/2.8 macro SAM lens.  Scroll down for the main review.
Requisite product shots.
The Sony A700 was used for this review.  For a better understanding of terms and methods used in this review,go here.
This inexpensive wide macro lens (made in China) features a relatively fast aperture of F/2.8 with an good fit and finish.  Unfortunately, it feels cheap, probably because it has very little glass, and lots of plastic, making it super light-weight.  In fact, you probably won’t even know this lens is on your camera it’s so light, and also would be a good lens to keep in your pocket on a hike, or while on vacation.  This lens was designed for an APS-C camera, but will work on your full frame camera using APS-C size capt.
On the outside, there is the (now standard) “DT” matte black finish, with the lens name on top, and the filter size underneath—weird.  I notice the lens housing is nearly identical to the Sony DT 50mm F/1.8 released a short time ago.  This is not a coincidence, and is probably simple economics, and may have played a factor in deciding the focal length of this macro, which I think is a bit too short, but more on that down in the main review.  The lens has an AF/MF switch, which is required with SAM.  There are distance marks on the focusing ring, starting out at 5.1″ or 129mm, and using 9-10 different distances plus infinity.  If you’re not shooting at macro distances, the focusing ring will not turn more than about 3-4mm, but even 1mm is real important for sharp shots, see focusing below.  Interesting fact; the front element diameter is 17mm, which is about the smallest I’ve ever seen on a DSLR lens.
Focusing.  The focusing ring is at the front of the lens, and does turn during auto-focusing, so watch your fingers.  Manual focusing takes just over 1/2 turn from Close-in to infinity, and adds 3/4′ or 19mm length to the lens.  Auto-focusing is quite loud when running from one end to the other, and it wants to jerk a little before locking.  Unfortunately, that’s the nature of Sony’s SAM or Smooth Auto-focus Motor.  One thing I did notice is that this lens has a very limited range of sharp focus at infinity.  There is no infinity hard stop, so you may need to check for the sharpest shots.  I suspect this is because of the slightly difference design of this macro lens, and the wide focal length.  Read more about this below.
In the box is the lens, owner’s manual and warranty card, no hood or case.  How many goodies do you think you’re going to get for $199?
Lens flare/ghosting.  Above average control among prime lenses.  I see a green blob if the sun is at the edge, or inside the image, but it isn’t bad at all.  There is some sun flare, but I think it’s controlled well overall.   Look below for examples.  There is no hood available for this lens, as you wouldn’t be able to use the closest focus setting because even a small hood will block all light to the lens, see distance to subject measurement.  OK, I’ll save you the time, It’s 3/4″ or 19mm.  Use your hand in place of a hood, it works better.
Color fringing (CA).  Above average control, look for very mild amounts of lateral color fringing near the edges, only visible at huge viewing sizes or 100% crops.  I see no axial color fringing at any aperture when focused properly.
Bokeh.  Somewhat harsh looking at F/2.8 because of hard edges, but smoother at F/4.  The aperture shape starts to show up around F/4, which means the aperture is not all that “circular” like Sony claims.  Look below for sample crops.
Color.   Same as other Sony lenses, but maybe with a hint of magenta.
Close up filter.  Not needed!
Coma.  Shows a small and nearly insignificant amount at F/2.8, see below.
Regular filters cause no additional light fall-off problems.
Filter size is 49mm.  Other Sony lenses that use 49mm filters are; 28mm F/2.8 and the 50mm DT F/1.8.  The NEX system uses this size extensively.
Distortion.  You’ll notice mild barrel distortion at longer distances, and nearly straight at macro distances.  Check out the cropped samples below, and the macro image.
Distortion example directly below.
Bokeh crops next.

The F/2.8 crop shows hard edges on the circles, but one stop down to F/4 and things look smoother.  Notice the aperture shape starts to show up at F/4, indicating the aperture is not all that circular.  The crops above were taken from the middle of the image. 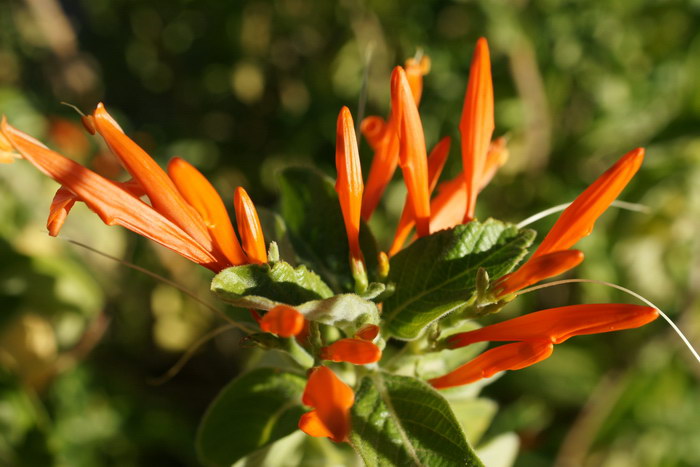 The full image directly above shows close focus background blur at F/8.  Out of focus highlights seems to look the same from F/4, although the aperture shape is more apparent stopped down and under certain conditions, but not really noticeable here.

I see a green blob when the sun is inside the image at certain angles and exposure values, and obviously more visible depending on background.  With the sun centered, there is a faint disc, but not really a problem with sunset shots.  The image looks pretty clean when the sun is just outside the shot, but there is a purple/orange arc depending on the angle, and visible in the lower left image (at lower left of image) if you look carefully.  This arc is also seen in the right shot on the lower right corner, but not really visible at this size.  This lens exhibits good control of flare and ghosting.
Light fall-off.
See the crops below.  Light fall-off or corner shading is moderate at F/2.8 focused at infinity, but lightens up substantially one stop down to F/4.  At close focus there is little light fall-off.

I’m not going to post the usual Macro Lens Magnification F-stop loss chart, but you should know you will not get F/2.8 at close focus, even though the camera will indicate such.  You’ll actually be at F/4.5-5 at the closest macro distance, this is normal for a macro lens. 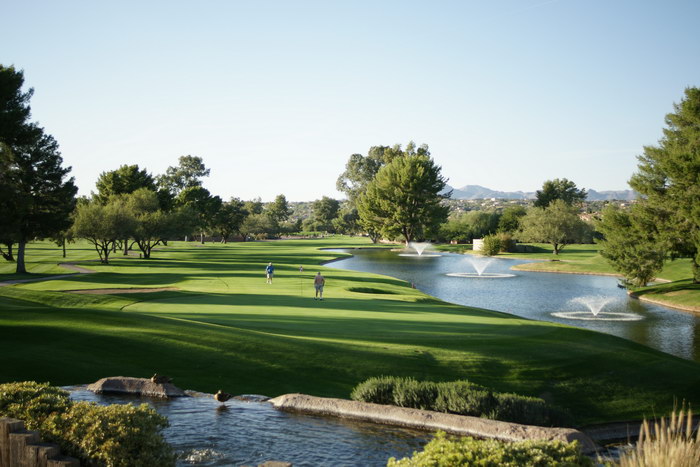 The centers at F/2.8 are soft, but sharpen up at F/4, and are real sharp at F/5.6.  The corners are reasonably sharp, but never match the centers.  As stated above, make sure you check your shots when shooting at infinity, don’t count on the camera to get the perfect focus, as it only needs to be rotated less than half the width of the index mark on the barrel to make a difference in sharpness!  Best infinity focus was with the infinity focus index mark lined up in the exact center of the barrel index mark on my equipment.

This lens has a somewhat different design as compared to the other two Sony macro lenses.  The 30mm uses a stationary rear element(s), and seems to need to be focused perfectly at infinity for best sharpness, even stopped down.  At macro distances, you don’t need to worry about that, use manual focus up-close and move the camera in or out until things look sharp.

If you look carefully, you can see some of the very mild color fringing in the corners.  The corner crops were taken around 250 pixels from the lower right corner.  The exposure differences between the center and corner crops are from light fall-off.

Let’s check out the macro capabilities of this lens.
Below, check out the full image of the stamp.  It doesn’t show the whole stamp because it gets so close!   The macro image below is the full shot, and has not been cropped, rotated or enhanced, I did compress the image at 80% for quicker downloads, (2.5mb)  but you cannot tell the difference with the original file.  The sample shot was taken with the Sony A 700 12.2MP camera.  The subject is a standard US stamp, 0.87″x 1.0″ or 22mm x 25mm.  Also, note the macro shot was taken as close to the subject as focusing allowed; in this case a super short 3/4″ (19mm), measured from the front of the lens barrel to the subject.  This super short distance is problematic in the field, because it’s hard to get light on the subject due to the shadow caused by the lens and camera.  In real field work, don’t expect to get 1:1 macro images, a more reasonable magnification would be 1:2 or half life-size—or smaller.
This lens has a reproduction size of 1.0x which is full life-size.  F/8 was the sharpest at close focus, but F/5.6 looked almost as good.  Notice the lack of color fringing, and how the distortion is nearly flat, not barrel or “bulging” as when focused at longer distances.  As a side note; the “1996” on the bottom left of the stamp measures a mere 1mm wide.
Coma samples.

Coma looks mild at F/2.8, but does extend over half way to the center.  At F/4 the color fringing and tail are reduced, and one stop down to F/5.6 completely eliminates the coma.  Theses 100% crops were taken around 200 pixels from the lower left corner.  Exposure differences are from light fall-off.

This is the best DT macro lens Sony has ever made, but it’s also the only DT macro lens, so I guess that’s not really bragging it up!  The little Sony DT 30mm F/2.8 macro lens does a very good job at producing very sharp close focus shots, in fact, it did a slightly better job on the stamp shot than the Sony 50mm F/2.8 macro lens.  There are a couple of issues though, the first is the very short subject to lens barrel distance of 19mm at 1:1 or full life size macro, which is generally too short for field work, but you don’t always have to get that close.  The second issue is it needs to be focused perfectly at long distances to get the sharpest shots, so you may need to manually focus and review if you’re picky about getting the absolute sharpest image.  If you don’t look at your images at huge sizes, don’t worry about this.

The lens is a little soft at F/2.8, but sharpens up nicely as you start to close the aperture.  At macro distances, F/5.6-8 looks great.  The corners are not quite as sharp as the centers at longer distances, but at close focus they look fine, see the stamp shot.  Color fringing is very low, and so is flare and ghosting.  All things considered, this lens does a very good job, especially for the price.

Prime lens possibilities.  The Sony DT 30mm F/2.8 macro would make a decent choice for a prime lens, although it does require a stop down to get sharp, and works best at close to medium distances.  If you’re on a budget, and can get by with the focal length of the Sony DT 50mm F/1.8, use that lens, it’s much faster, and sharper at large apertures.