Kodak announced it will begin manufacturing of TMAX P3200 B&W film and they say it will hit the market starting just a couple of weeks away in March…so we will see.  about a year ago Kodak said they would re-introduce Ektachrome by the end of the year, which obviously has come and gone, however, their is some hope that it will be ready soon.  Kodak has stated just yesterday that they are focusing on narrow coating work, to optimize curve shape.  Kodak now says to look for film in stores by mid-2018, and I’ll be getting some as soon as it hits the shelves.

I haven’t used TMAX for years, but it seems to me I get much better results in low light with Fuji Superia 1600, or even Kodak Portra 800, both are color films but you can convert them to B&W if you want after scanning. 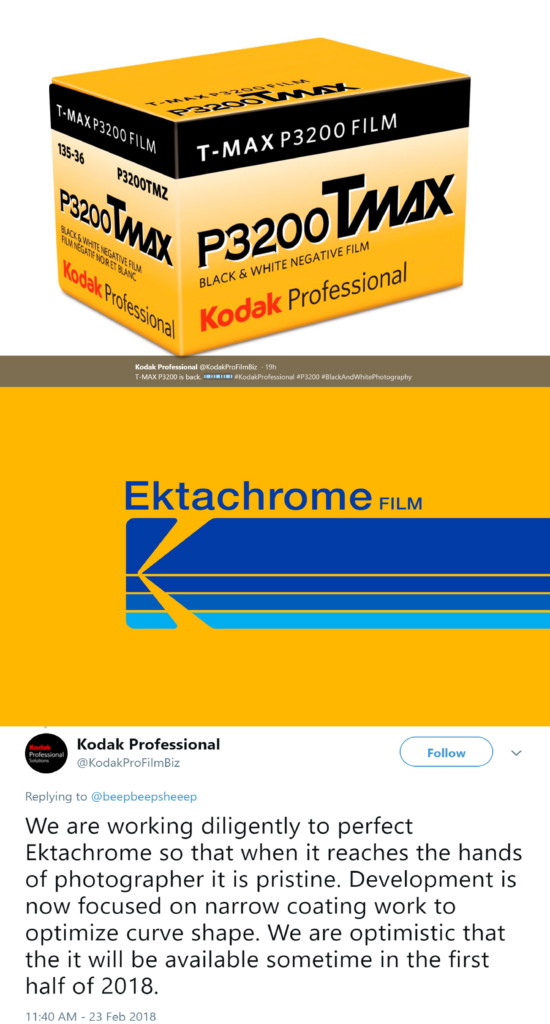