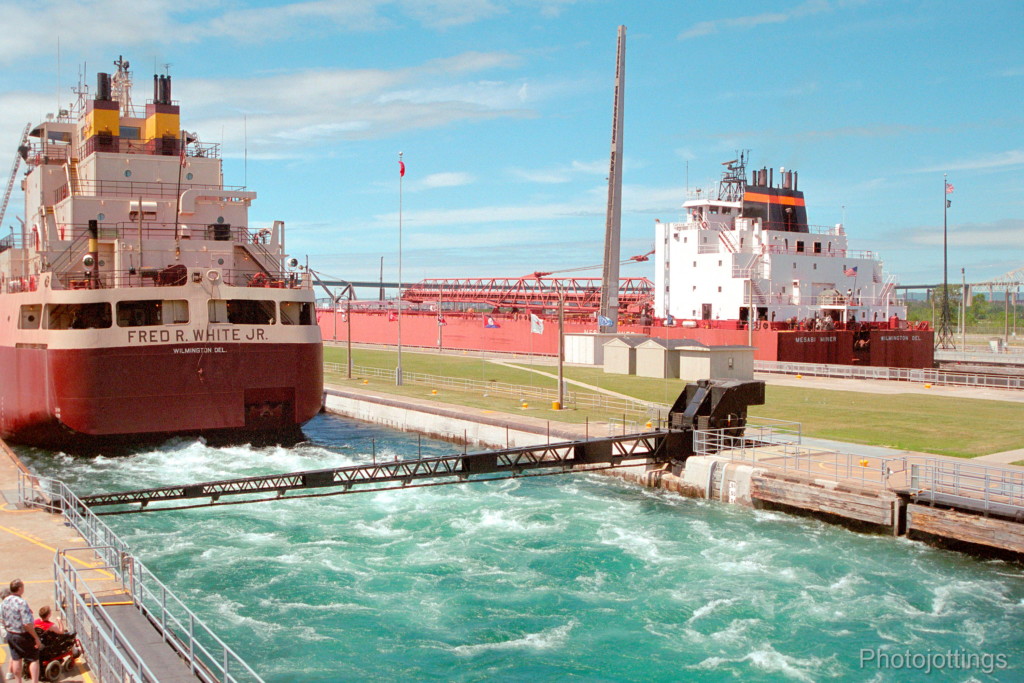 The two Ore carriers (Taconite) above were leaving the ‘Soo’ locks at the same time; you could hear the big throaty growl of the engines winding up, and see the churning water from the spinning props behind them.  It looks like the Mesabi Miner pulls a hole shot on the Fred R White Jr, both now hitting about 1 mph!  Unfortunately, we didn’t have enough time to linger and see who won the race to the St Mary’s river, and Lake Superior.  I’m guessing it took around 5 or 10 minutes to clear the locks.

The photos were taken in Sault Ste. Marie, Michigan from a covered viewing platform for visitors that want to watch the ships pass. 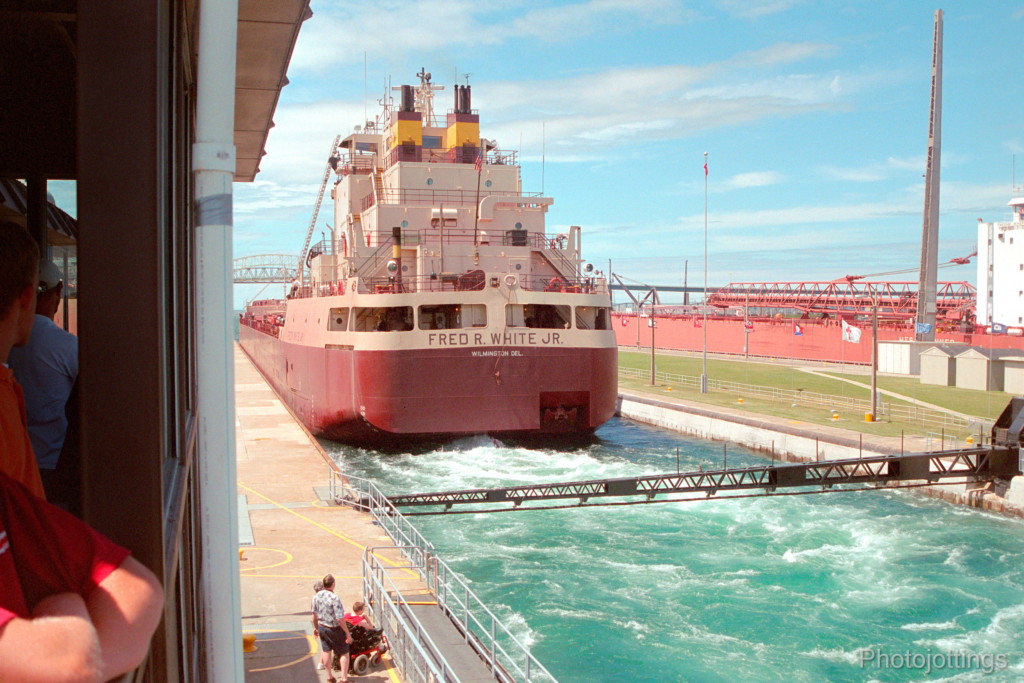 Here is part of the viewing platform that overlooks the MacArthur lock; the Mesabi Miner is headed out the Poe lock.

That’s it for this 16th entry in the Kodak moment series, thanks for stopping by!