For some dumb reason I sold the AE-1 Program and bought a Canon A-1 a year later, probably because I thought it would make better pictures; sound familiar?  From 1985 to 2005 I made no more SLR or lens purchases until the new Konica Minolta 5D came out back in 2005.  So two camera bodies and three lenses in twenty years for all my picture taking needs, (except for this one); I wish I could say the same since I’ve gone digital.  Good God, I bet I could’ve purchased a nice home with all the money I’ve spent on digital imaging thus far; I should’ve stuck with film…

I wish I would’ve seen this ad when I wanted some accessories back then.  I bought all my stuff at the local store, and apparently they only stocked the higher priced items, so I ended up paying more for equipment that I didn’t need like the 188A flash instead of the 133A, (which I didn’t know they made).  I also could’ve used the matte/section focusing screen, but they didn’t have those either.  I actually got the camera and lens at a pretty good price, but the accessories were usually much less expensive through the big NY City mail order houses; oh well.

The ads come from the back of an August 1981 popular photography magazine. 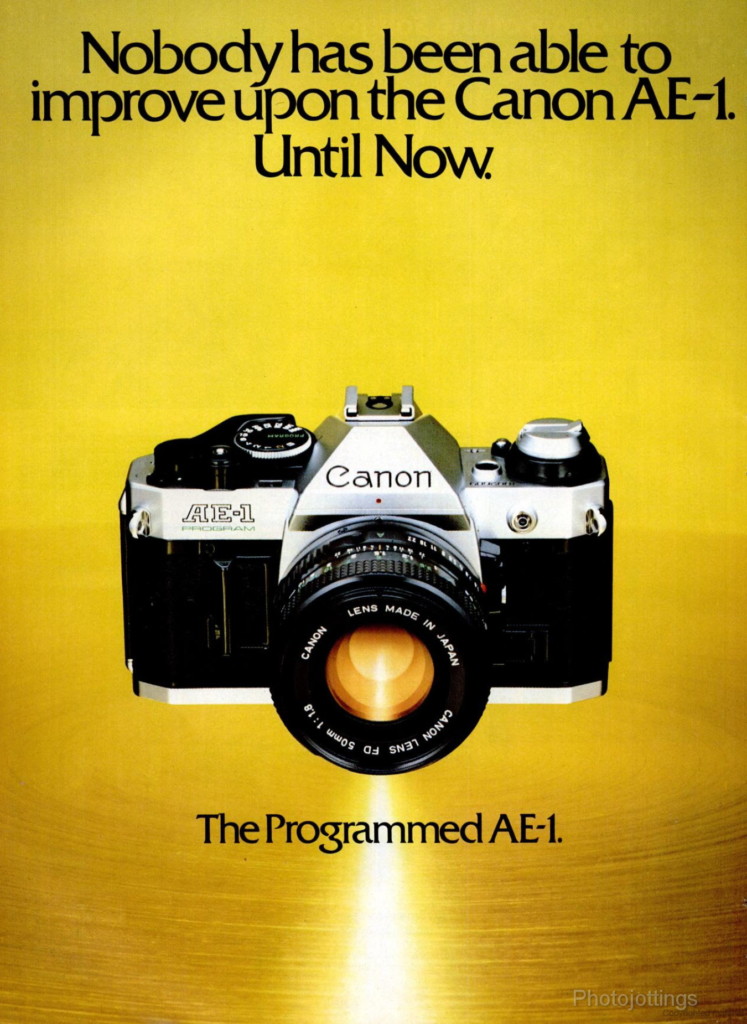 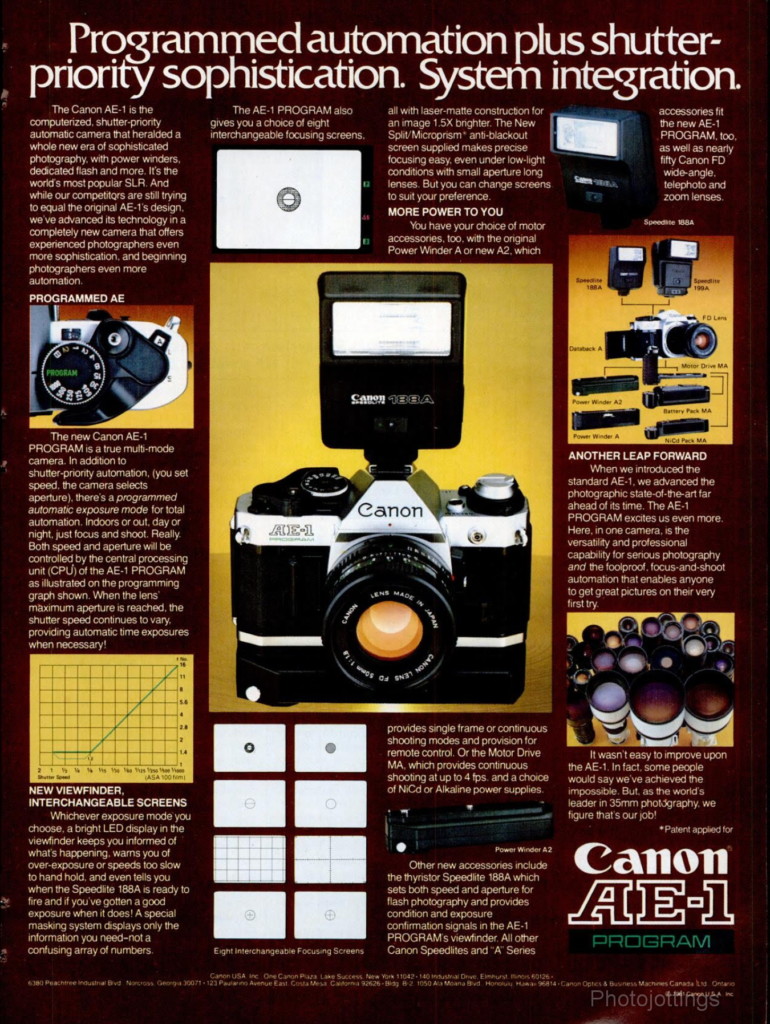 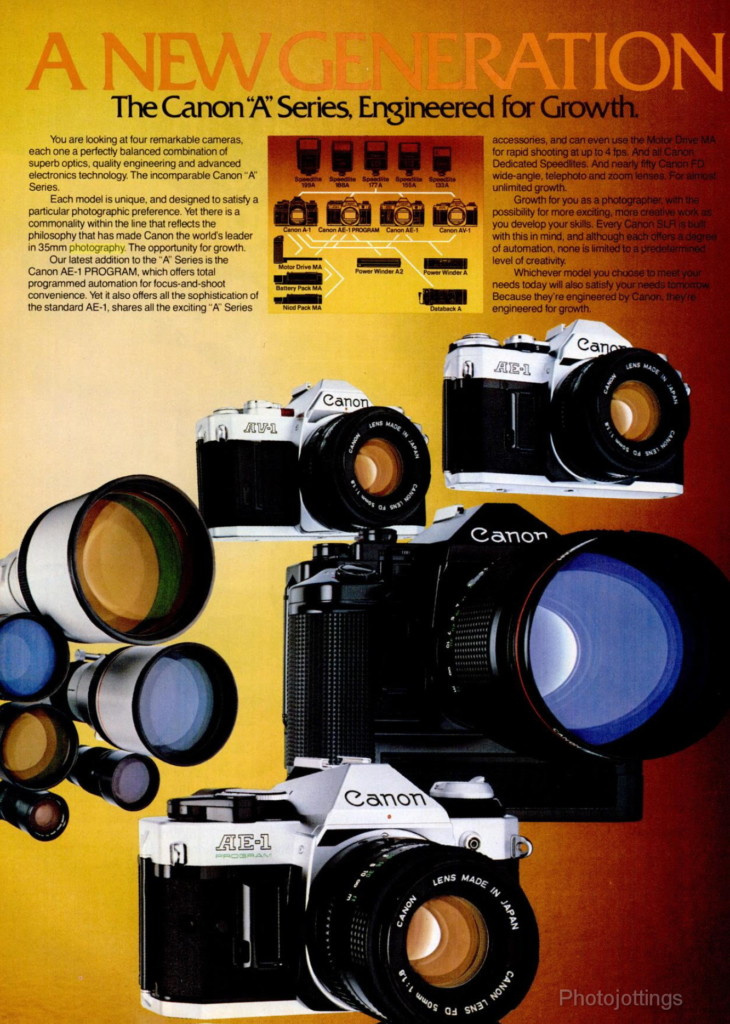 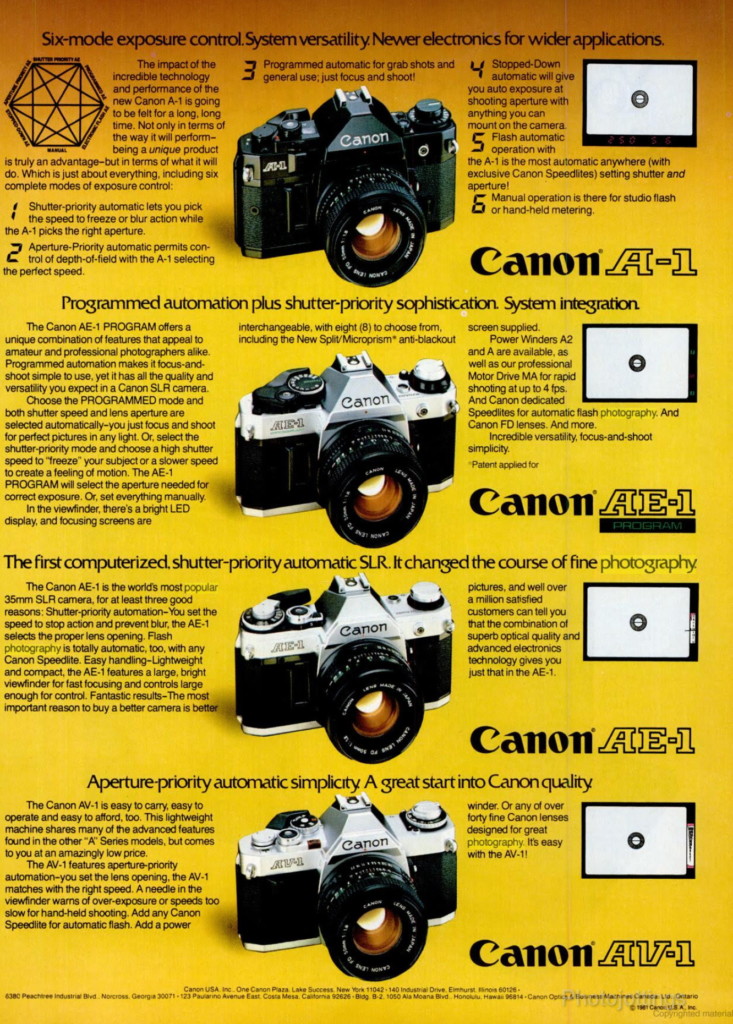 That’s it for the Canon SLR ad!