Budweiser, The King Of Beers, But Not Cameras. - Photo Jottings 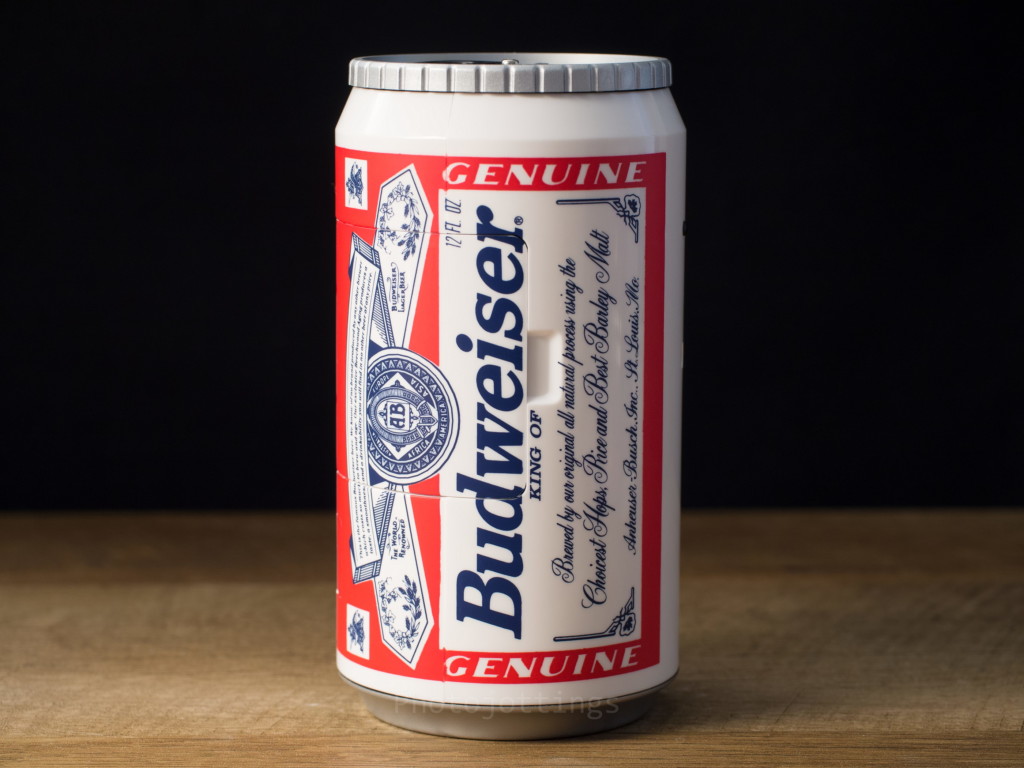 Here comes the King….and the Clydesdales; remember the jingle? Play it while you read the review for fun.

This week we review a Budweiser beer can themed camera produced in the late 1990s, but I think they’ve been around since the late 1970s.  This 35mm reusable camera really does resemble a beer can, and you’ll get some funny looks when you carry this around with you during your morning walk!!  Or better yet; add to the realism by carrying it around like you’ve just cracked open a cold one, and then get in your car and drive away!

My Budweiser beer can camera was a late night ebay impulse buy.  It was supposedly ‘new’ and in ‘mint condition’ but you never know what you’re going to get until you open it, kinda like Christmas presents.  Fortunately, mine arrived in perfect condition, and was still sealed in the blister pack.

The beer can camera is the ‘ultimate fun camera’ according to the packaging print, and unfortunately, the ‘fun’ part in the only reason you’ll want to use it.

There isn’t much to this goofy camera; it’s a point and shoot model that allows you to reload with any type of 35mm film, which is about the only redeeming quality it has.  So with the pleasantries out of the way, let’s do a quick walk-around.

Made in China for the American Distribution Company. 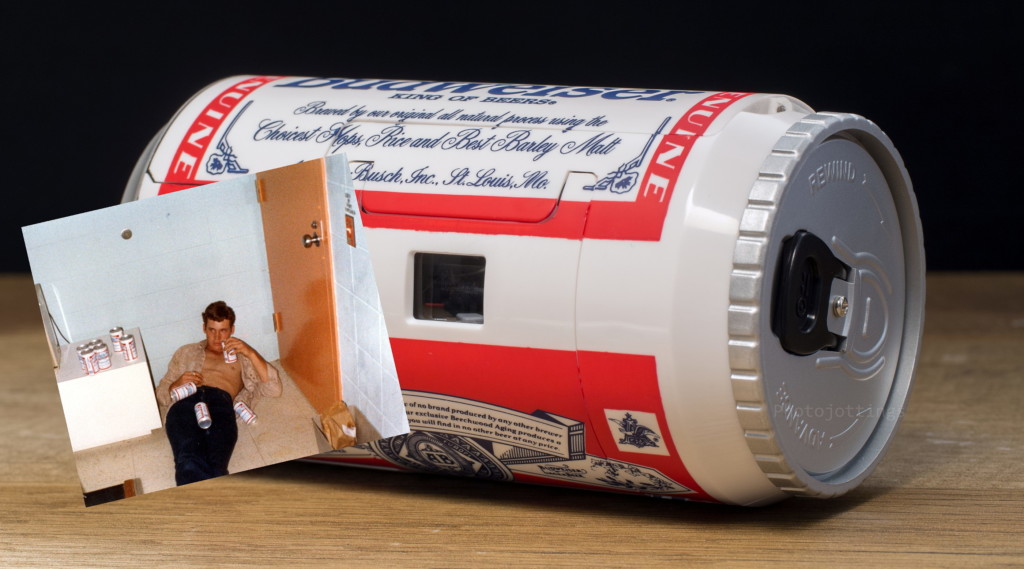 My buddy bought a whole bunch of these cameras and pretended he was drunk, and I took his picture. 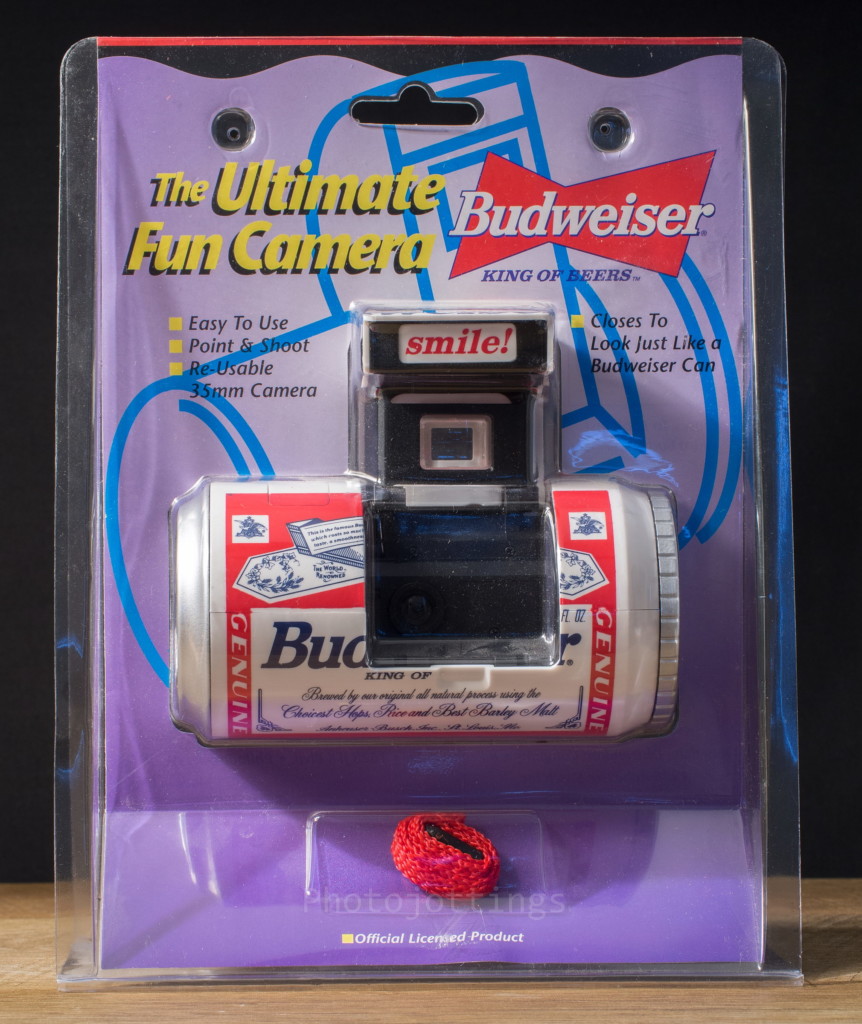 The complete blister pack with the camera, instruction manual and a colorful hand strap. 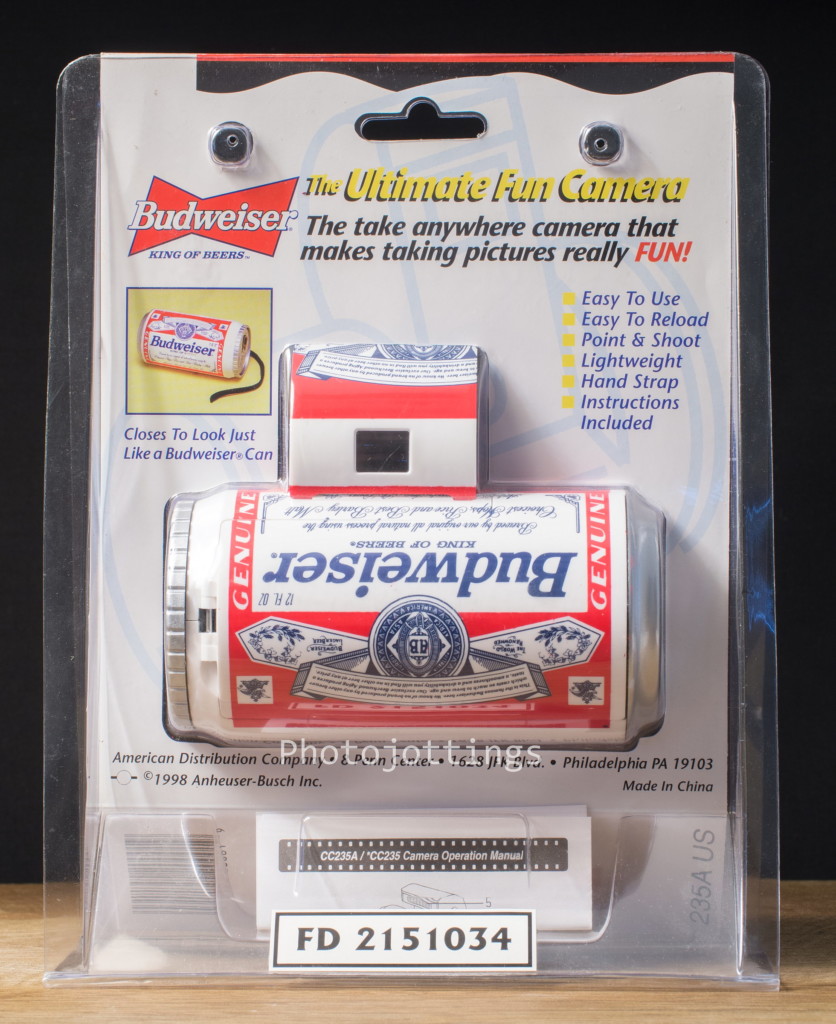 The back lists all the positive features of the camera, like ‘easy to use’ ‘easy to load’ and whatnot.  Notice the distributing company really tries to push the ‘fun’ factor. 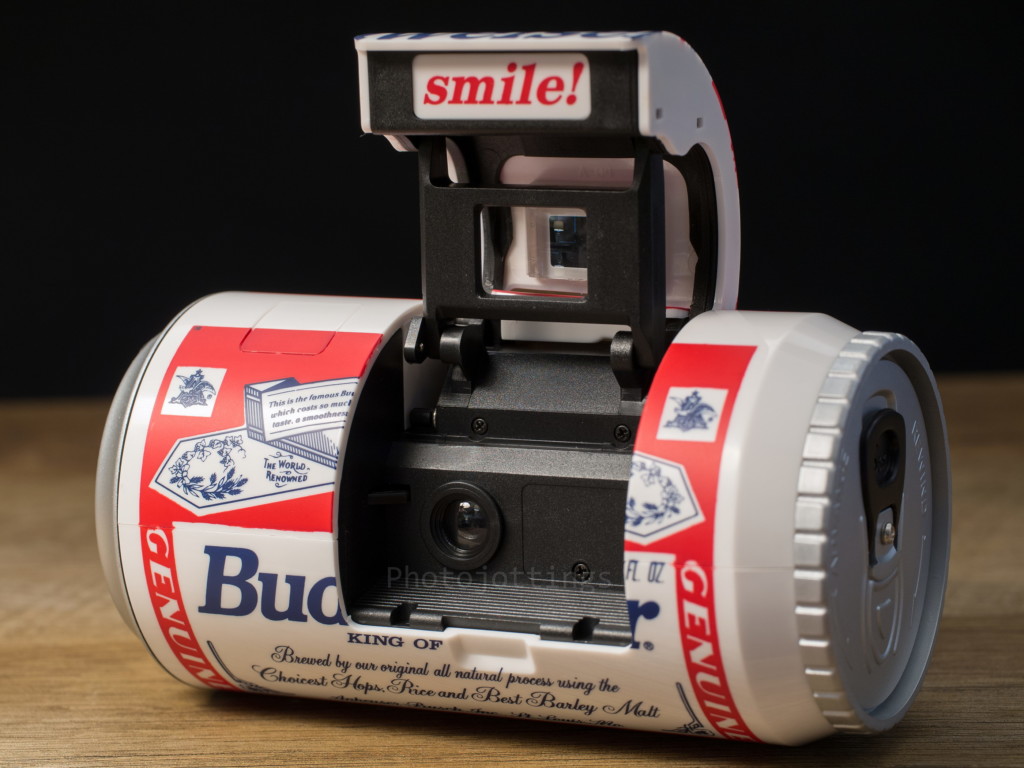 Smile!  The camera is open and ready to shoot, no batteries required.  This version doesn’t have a flash, so they put a sticker over the blank space where the strobe would go.  You can see the reverse Galilean viewfinder and mask assembly which pops up with the lens cover.  The lens is uncoated, and appears to be a meniscus type.

The back opens up by pressing the black arrow on the bottom of the ‘can.’  Notice the curved film gate, which is a sure sign you’ll get soft images along the sides. 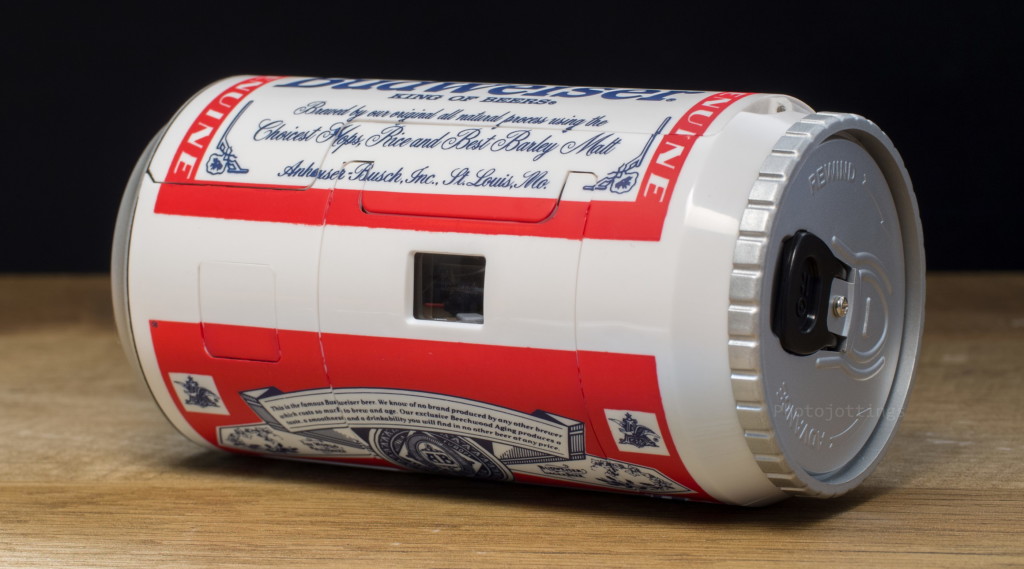 The front of the ‘can’ by the tab top is where the viewfinder (and lens cover) opens up.  The shutter button is the square outline on the left.  You wind the film by turning the top of the ‘can’ lid counter-clockwise as you hold it upright.  Rewind the film by flipping up the tab and turning clockwise.  Not shown, but there is a small round film counter on the opposite end in this picture, and a small black mid-roll rewind button.

Here are some samples for you to enjoy. Click for larger images. All are 2000 pixels wide, and will not show any more detail even when scanned at a higher rate.  I used the Nikon Coolscan 9000 ED for these. 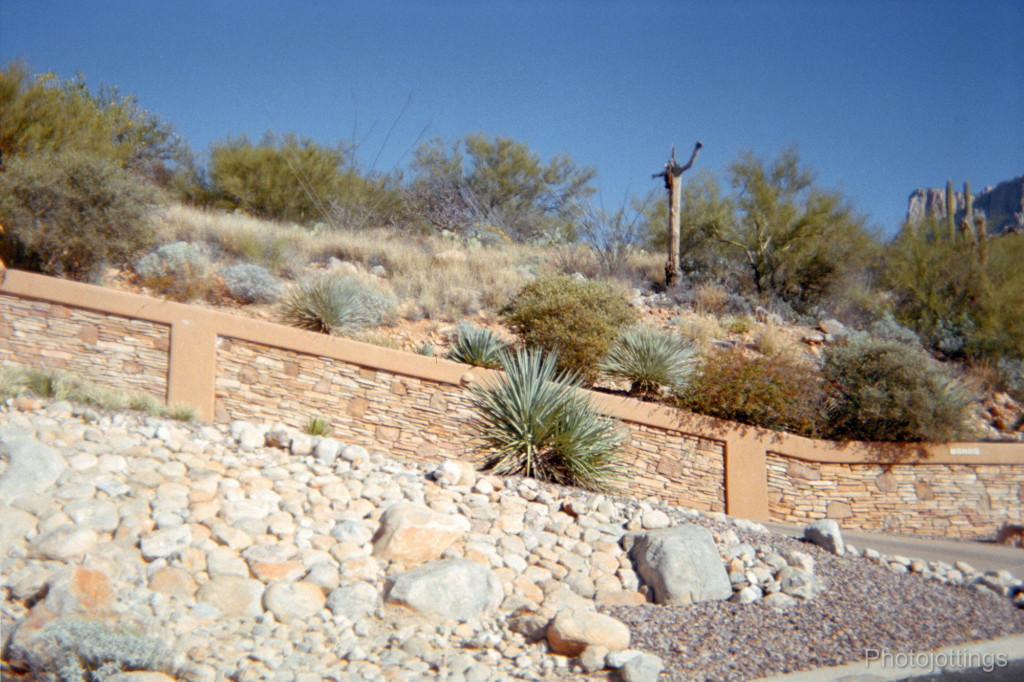 The wall.  Pretty sharp in the center, but quite blurry along the left side. 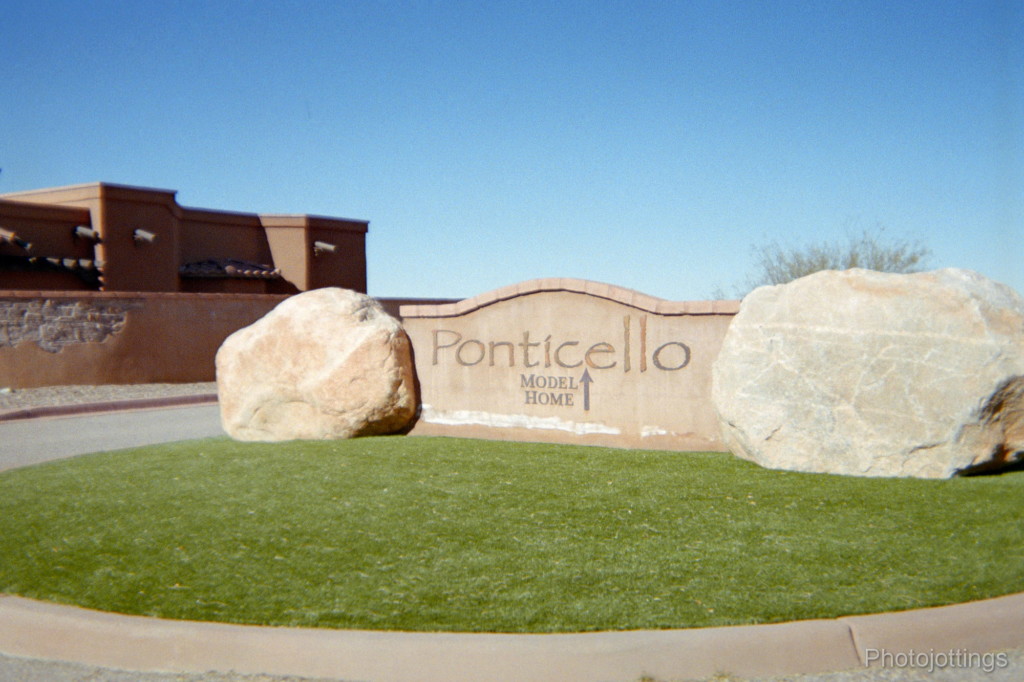 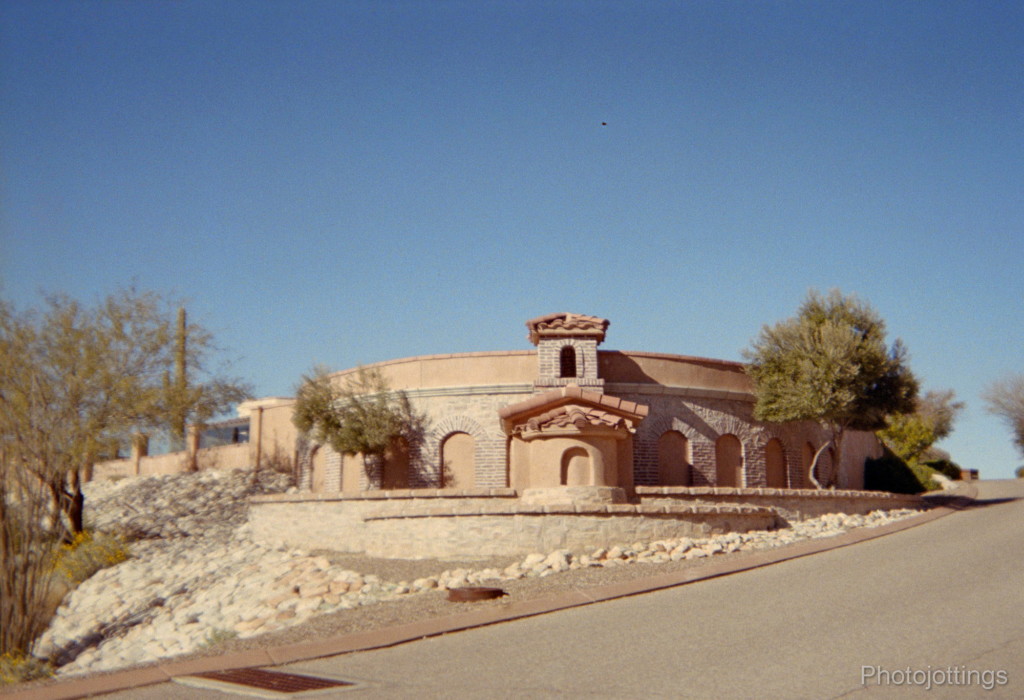 Looks like a fancy house, but this is actually a water storage tank. 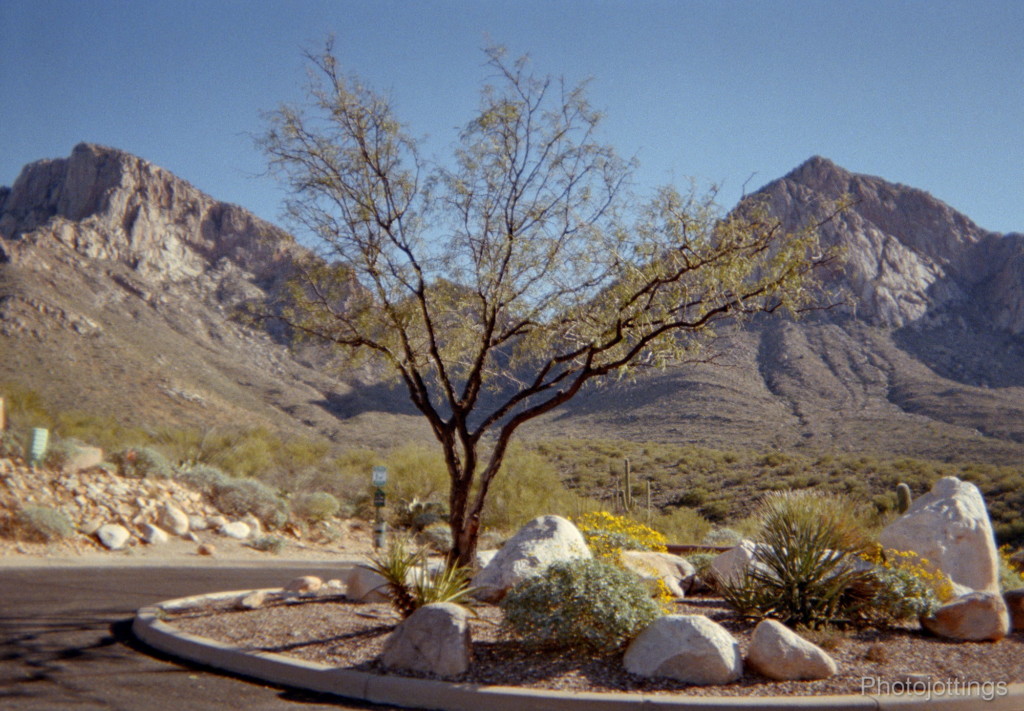 The lone mesquite.  I see a narrow window of sharpness in the center and along the right side, but the left side is always blurry. 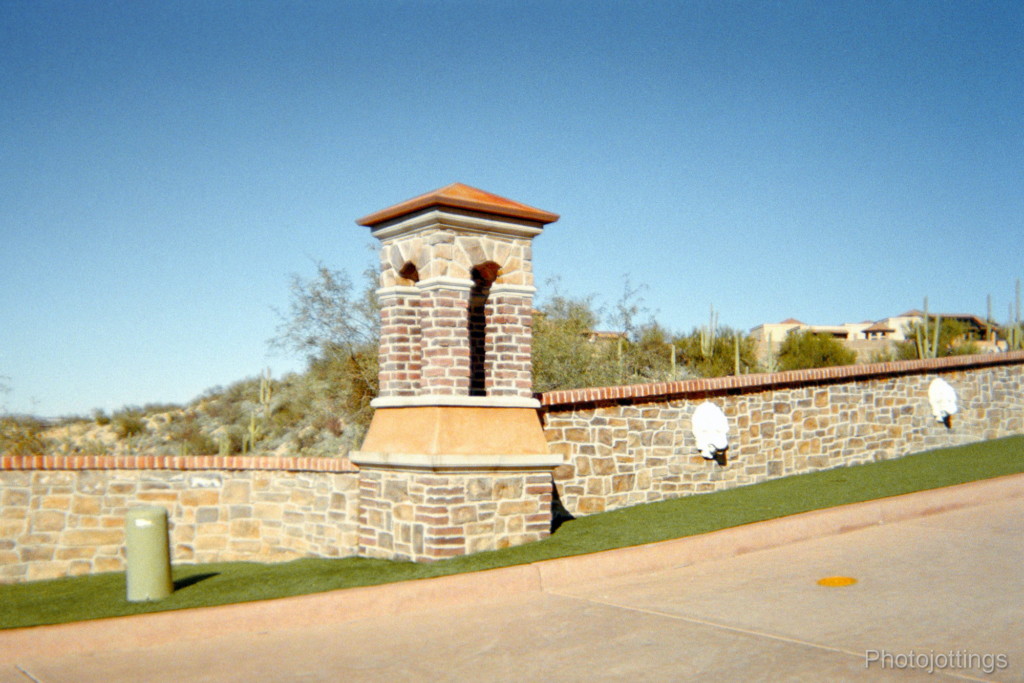 The great wall of Oro Valley. 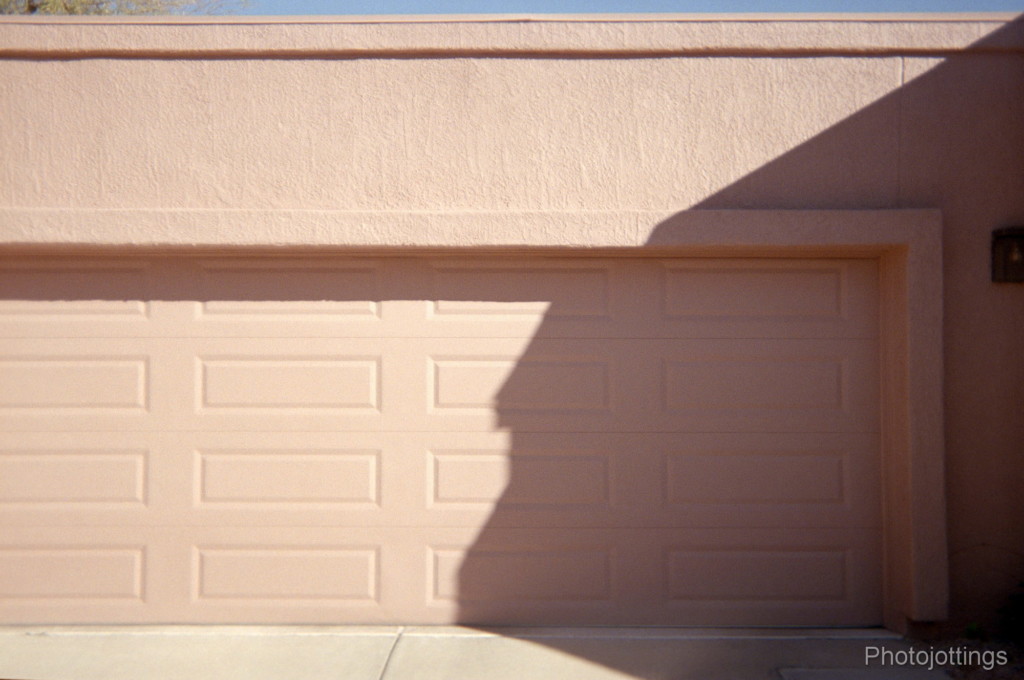 Ironically, the distortion signature along the roof line is quite flat, and much better than other cheap cameras.

The Budweiser Beer Can Camera produces some awful pictures, but it sure is fun to use!!  People think you’re drinking beer when you carry it around, especially in the morning when only hard core drinkers are at it; but not so much in the afternoons as that time is normal for folks to go home and have a cold one.  Do you have the nerve or ‘gall’ to carry a beer can camera around with you to the local grocery store or restaurant?  I did, while driving my car around taking pictures, but I put it away quickly when the cops went by ‘just in case.’

Two thumbs up for the fun factor, but two thumbs down for picture quality.  Get one here and help support the site, thanks!