Here are a few new pictures I took recently with the Argus Super Seventy-Five with 65mm F/8 lens, (I’ve also updated the review with the new pictures).  These simple focusing box cameras go for a song on ebay, but give you a nice smooth and detailed negative to enlarge in case you get a winning snap among the 12 exposures.  And as a bonus, it’ll take common 120 film with a little cutting of the spool discs.

I was trying to decide what camera I’d like to take with me on a midsummer mountain hike, so with a quick glance at my stable, I saw the dusty little Argus Super Seventy-Five in the corner of the cabinet all by herself, and instantly knew she was the one; I’d been almost a year since our last outing together.  So I plopped in a roll of Portra 400, taped up the gaps, and read my own review before heading out.  I actually like using this inexpensive box camera, you’ll get a lot of resolution for large prints, much more than even a good 35mm camera, at least in the central area.

I’ve posted test images at each available aperture, F/8, F/11 and F/16 using our standard mountain scene.  I also made a photo showing the extra coverage with the ‘super’ 65mm lens; unfortunately, as mentioned in the review, Argus makes you use their 75mm brilliant waist level viewfinder from the lesser version with 75mm lens.

Here is the mountain test scene which I normally do in the late afternoon; but this time it’s in the morning, so the shadows and colors are different. 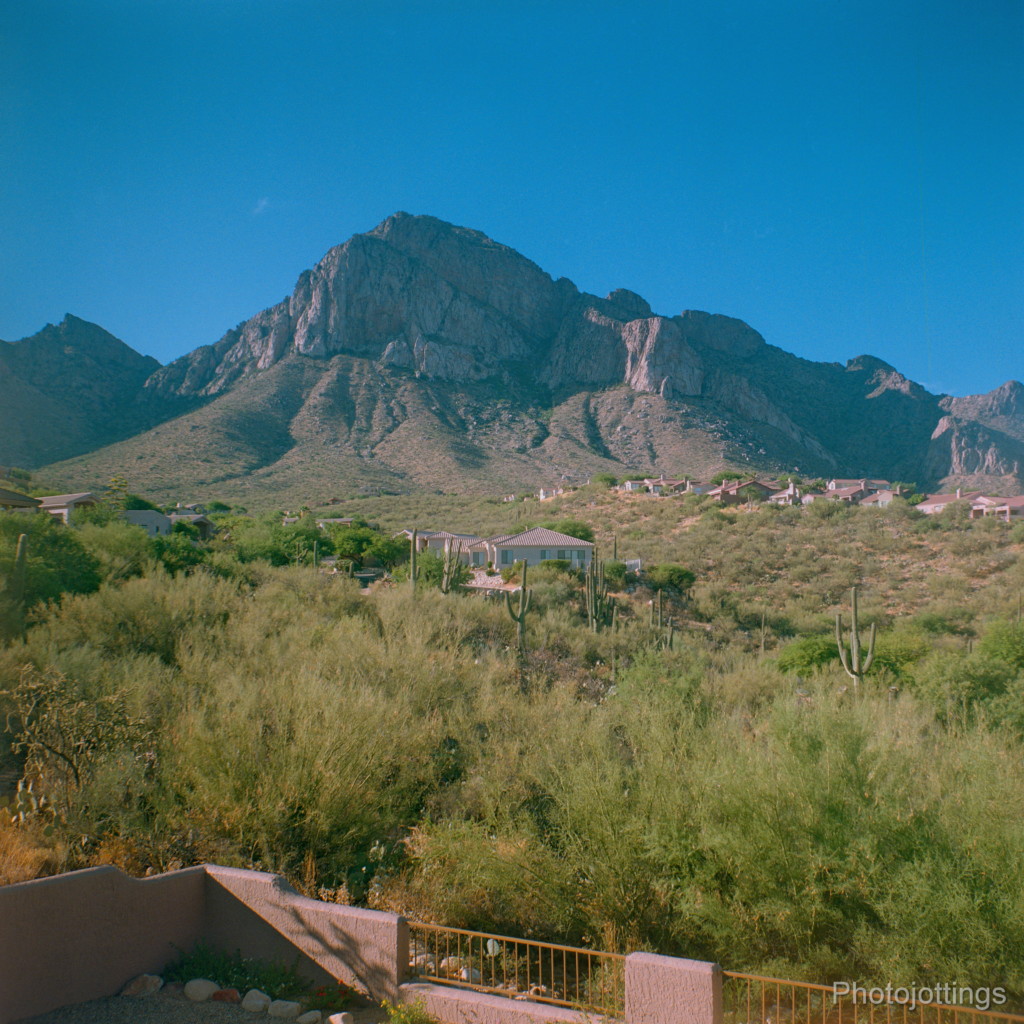 Contrast is lacking in this F/8 shot, but the central area is very sharp, and the whole image is totally useable; excellent performance for a cheap box camera. 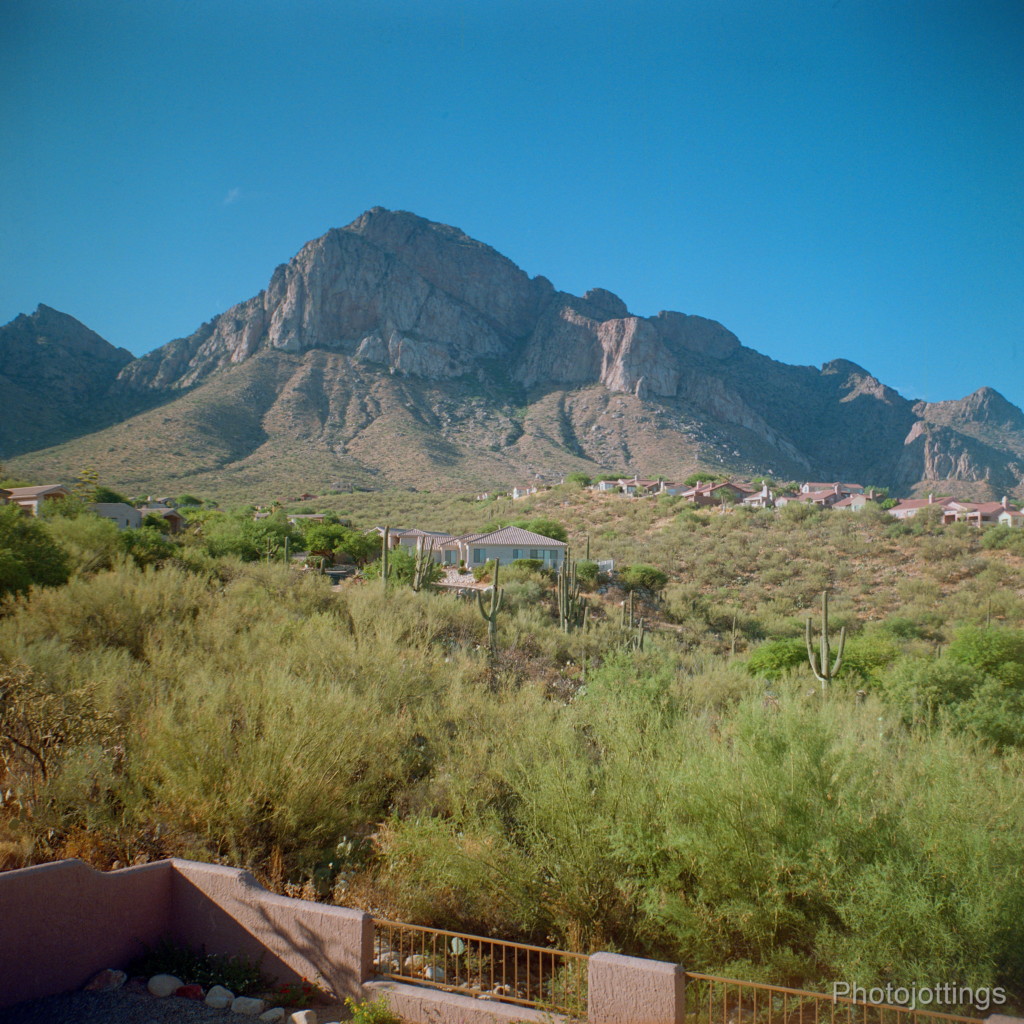 F/11 shows more contrast, and a little more sharpness along the sides. 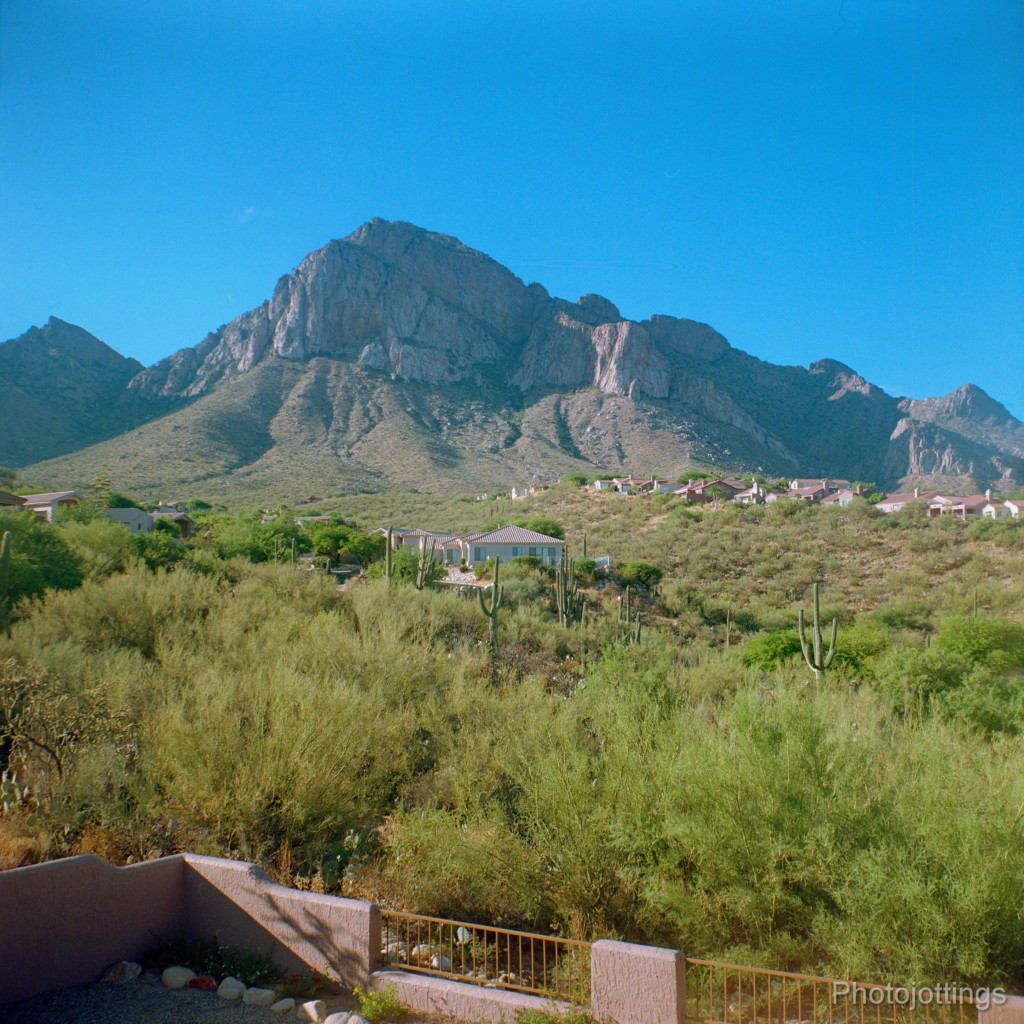 When stopped down to F/16, the whole image is quite sharp; except maybe the extreme sides. 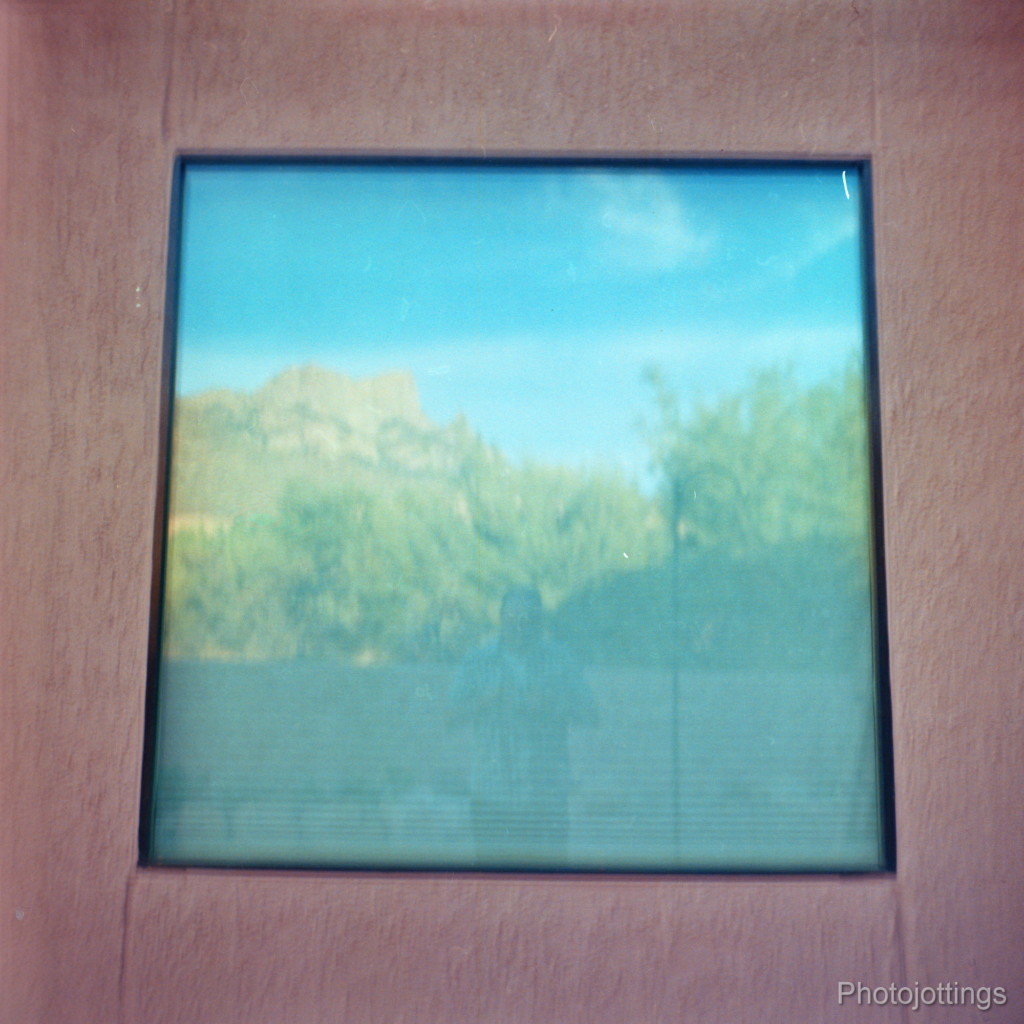 I forgot and had the lens in ‘time’ mode while hand holding it, so the shutter opened for about a half a second before I knew what happened, and caused the blur.  Here is the actual capture area of the lens.  I  framed only the window in the viewfinder, so the entire pink wall area is the coverage you don’t see; you have to keep that in mind when taking your pictures.

That’s it for the update, head over and read the Argus Super Seventy-Five review.