The Sony DT 50mm F/1.8 SAM is the first DT prime lens that Sony has issued, and is being marketed as a “portrait” lens.  It’s similar in size and weight to the old Minolta AF 50mm F/1.7,but noticeably lighter than the more expensive Sony 50mm F/1.4 lens.  The outside appearance is sleek, with a nice silver ring around the barrel, similar to the old Konica Minolta lenses.  The Sony DT 50mm F/1.8 SAM also sports a satin/flat black first seen on the new kit lens.  The new DT lenses now have rubber around the focus ring, an AF/MF switch on the lens barrel, and last, but not least, the “SAM” or “Smooth autofocus motor” that isn’t any better than the old screw drive system.  This lens is made in “China” which is a little surprising, (the new “kit” lens is made in Japan).  There is no clear indication of how many “ED” or “aspherical elements are used in the design, though SonyStyle.com mentions the use of “ED glass.”  Based on the X-ray view supplied by Sony above, it doesn’t have any special lens elements inside.

This lens has a medium to long focus throw, and is no AF speed demon, but focusing is good, and mostly accurate.  There’s a tiny bit of slop on the focus ring if you wiggle it by hand when engaged, or disengaged, this doesn’t affect AF operation though.  Focusing takes slightly more than a quarter turn from close focus to infinity.  The focus ring turns in auto-focus mode, but not the filter ring.  The SAM or “smooth autofocus motor” is not very well implemented, and is no better than the old Minolta screw-drive system.  Also, you have to use the barrel mounted AF/MF switch to de-couple the focus ring, you cannot use DMF or the thumb switch, that just makes the AF inoperable, but does not de-couple the focus ring, turning the focus ring while still engaged may damage the gears..
In the box you get the lens and a couple of manuals in different languages.  There is no hood for this lens, and Sony offers no accessory hood for it.  Based on the design, you won’t be able to get a hood on it, unless you buy a filter mount type.  The front element is recessed deeply, so that probably works as well as a hood would.
The lens has a green/magenta multi-coating.  It also resists flare and ghosting well, you’ll see a very diffused green blob opposite the sun when the sun is in the frame at an angle, and nothing when the sun is in the center of the image.  There is some veiling glare which is typical when the sun is at the outside edge of the image, but easily corrected by using your hand to block the light source, see images below.  With the sun centered in the image, there are no rings or long flares.
Filter size is 49mm.  This is one of Sony’s least popular filter sizes.  Other Sony lenses using 49mm filters; the Sony 28mm F/2.8 and DT 30mm F/2.8 macro.  The NEX system has many lenses that use this size.
Filter use.  Additional vignetting is noticeable at F/1.8 when using a slim UV filter, see vignetting below.
Coma is basically non-existent.   See crops below.
Color looks the same as other Sony lenses.
Close up filter.  N/A
Bokeh is neutral to good.  In other words, F/1.8 has harsh edges, which don’t look so good, at F/2.2 things seem to smooth out better.  The aperture shape (heptagons) start to show up around F/4.  See sample crops below.
Lateral Color fringing is controlled well, and is almost non-existent.  Axial color fringing is mild, even at F/1.8, and is mostly gone at F/4.
Random samples below.

When the sun is in the frame at an angle, the usual result is a greenish blob opposite the sun, seen in the lower left of the first image.  When the sun is centered, everything is fine.  Veiling glare results are typical, but a carefully placed hand will prevent this, notice a portion of my finger in the upper left part of the image.  There is no optional hood with this lens, and one cannot be mounted due to the design, unless you get a screw-on type.  The Sony DT 50mm F/1.8 has much better resistance to flare and ghosting than the older Minolta AF 50mm F/1.7.
Bokeh looks very busy wide open at F/1.8, where the highlights have partial, hard outlined edges.  By F/2.2, things look much smoother.  Stopping down past F/4 starts to show the aperture shape, but it’s not distracting.

Coma really has no presence here, I’m just showing this as a standard comparison.  The results here are better wide open than the Sony 50mm F/1.4, or the Minolta AF 50mm F/1.7.

Example of veiling haze cropped from the center.

There isn’t much wide-open haze at F/1.8, though I do see a little axial color fringing, which seems to diminish for the most part by F/2.2.  Notice how little the difference in color fringing and sharpness between F/2.2, and F/4!
Distortion below.

There is minor barrel distortion, which isn’t noticeable in real shots.

Light fall-off or corner darkening is moderate wide open, and almost heavy when using a slim UV filter, right shot.  The corners lighten up as soon as you start to stop down, and by F/2.8 is not noticeable.  Performance here is not quite as good as the Sony 50mm F/1.4 or Minolta AF 50mm F/1.7 at the same apertures. 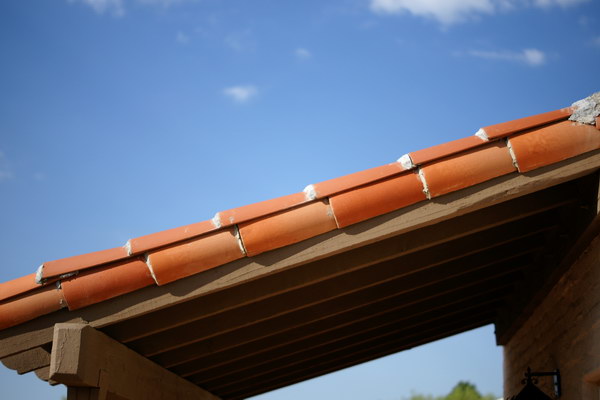 Shot at F/1.8, no adjustments.  Light fall-off in real images is hardly noticeable, even when used wide open as I’ve done here.  You’ll only see natural light fall-off from the sun position, and your shooting angle in the sky.

Centers and corners below.

The crops on the left are from the dead center, the crops on the right are from the extreme bottom right corner.  As you can see, the centers are fairly sharp wide open, but the corners require a couple of stops down to sharpen up.  The sweet spot for this lens seems to be between F/5.6, and F/8, where the corners are almost as sharp as the centers.  Diffraction sets in at F/11, but I wouldn’t be afraid of using this aperture, or F/16.  Images taken at infinity focus, so everything should be sharp, including the branches in the background.  Corner exposure variations are from light fall-off.

Note; don’t compare these crops with the crops farther up the page, as they were taken on different days, with the sun at a different angle.  The top row F/1.7 is the Sony 50mm F/1.4 stopped down to F/1.7, the F/1.8 is of course from the Sony DT 50mm F/1.8.  There is a difference in the sharpness of the center crops, but it’s not huge by any stretch.  The Sony 50mm F/1.4 has better contrast at all focal lengths, especially noticeable at wide apertures, where you should be using a fast lens anyways, that’s what they’re for, and why you pay more money for them.  I also notice here the slightly shorter focal length for the Sony DT 50mm F/1.8 SAM, maybe 2mm-3mm.  For example; the antenna is smaller in the right crops, so the actual focal length is slightly less.

Now for the corners.

The corners are pretty close in sharpness, but I’d give the Sony 50mm F/1.4 the edge past F/2.2.  Light fall-off is similar, though the Sony 50mm F/1.4 has slightly less.
My final thoughts.
The Sony DT 50mm F/1.8 SAM lens turned in a good performance.  It’s compact and very light-weight, and reasonably fast for a low price of just $170.  This lens would be a less expensive alternative to the Sony 50mm F/1.4 I’ve compared it to in the review.  This first prime “DT” lens is a little soft at F/1.8-2.0, but sharpens up quickly at F/2.2-2.8 where the centers look good at large sizes.  This is a good lens to have if you really need shutter speed in poor lighting and don’t want to ramp up the ISO; it’s almost two stops faster than a regular zoom or prime lens.  If you don’t need a fast shutter speed, use your regular slow lens and a tripod for the best results.  This lens is being marketed as a “portrait” lens, and used as such; the rather long equivalent focal length (75mm) wouldn’t be a factor.  As a fast, walk around lens it may not be so useful indoors or in confined areas.  I guess it all depends on your intended application.  Check out theDT 35/1.8 SAM which performs great, and gives the same coverage as a 50mm lens on a full frame camera.
For those of you thinking you may go full frame in the near future, forget the Sony DT 50mm F/1.8 SAM, and spend more money on the full frame compatible (and 2/3 stop faster) Sony 50mm F/1.4, or better yet, the Sigma 50/1.4 HSM.