I thought I’d compare these two lenses just for kicks.  Of course the Sony 24-70mm F/2.8 GM is a zoom, and a very good one at that, however, I wasn’t expecting miracles from it, especially since the 55mm F/1.8 is a great prime lens (reviewed here).  So do you wonder how they might compare directly in a landscape scene?  Well wonder no more, below are some side-by-side crops at 55mm, from F/2.8 through F/11. 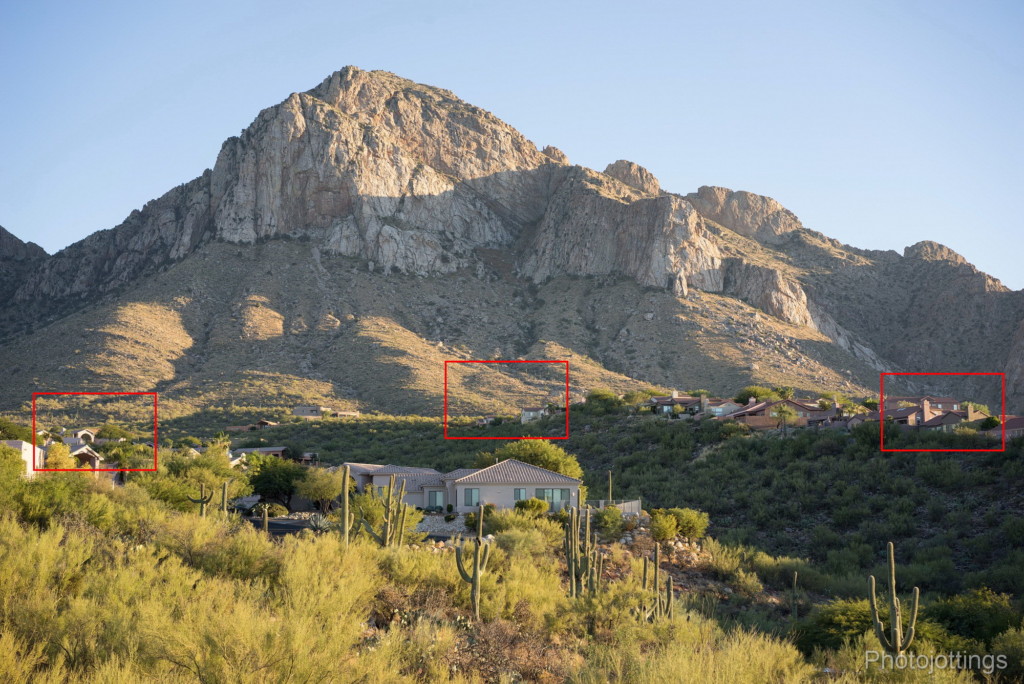 The prime is slightly sharper in the middle area, and along the right side, however, the left side is sharper on the zoom; wow!

The centers are about the same at F/4, but the prime is still a bit soft as compared to the zoom on the left side. The prime shows substantially more resolution on the right side.

Both lenses are about even at F/5.6 on the left side and center; the Sony 55mm is a little sharper on the right.

Both lenses look almost the same here in color contrast and resolution. If you look very closely, you can see the zoom is always just a tiny bit soft  on the extreme right side when compared to the prime. But big deal, this is great performance for a zoom lens!!

I’m very surprised at the outcome, especially at wide apertures, the zoom really holds its own. I thought the prime would blow the zoom away at least until F/5.6 or F/8, but no, the differnces are relatively minor from F/4.

That’s it for this interesting comp!