All testing done with the Sony A700, and Sony A900.  For full frame results, go to the bottom of the page.  For a better understanding of my review methods and terminology, go here.The Sony 20mm F/2.8 (made in Japan) is overall, a compact lens, with the body about as small as the Minolta 28mm F/2.8, and a front element the size of the Minolta 28-70mm F/2.8 G.  It looks cartoonish, that’s why I put the side view mounted on the A700 in the last product shot above.  This lens was designed back in the mid 1980s by Minolta, and was re-styled in the early 1990s, adding a better manual focusing ring and a circular aperture.  Sony stamped their name on it in 2006, but it looks identical to the Minolta re-styled version, and probably performs the same, though I haven’t had the chance to review that lens.  Also, this is one of very few lenses from Sony’s current lineup where distance encoding is not used, typical of a carry-over from the 1980s.  Sony claims no aspheric elements are used in the construction of the lens.  Box contents include a hood, and a cloth type carrying pouch, which is the only one I’ve seen that isn’t made of black vinyl.

Build quality is good.  Fit and finish are the same as other Sony re-badged lenses.  It has a satin black finish with rubber inserts around most of the circumference.  It has a focus distance window with ft and m in different colors along with DOF hash marks.
Focusing.  This lens has a short focus throw, and tends to want to “snap” when you turn the camera on or off depending on where the focus is at.  As you can imagine it focuses very quickly, Though I did have a few occasions where it focused at infinity when it should have been slightly inside that, even so, it didn’t cause a blown shot, and isn’t noticeable at normal viewing sizes.  I’ve found this is a common occurrence with all super wide angle lenses I’ve reviewed so far.  There’s a little slop on the focus ring if you wiggle it by hand when engaged, and none in actual MF use.  Manually, the ring is very easy to manipulate with a finger and thumb–almost too easy.  About 1/5 turn gets you from close focus to infinity.  The rubberized focus ring turns in auto-focus mode.
The lens is multi-coated and resists flare and ghosting with mostly average results, and similar to other wide angle lenses reviewed here.  It comes with a petal type hood, ($35 to replace, so don’t lose it) and as usual with wide angle lenses, it doesn’t do a very good job at blocking light and preventing flare.  Use your hand to help minimize problems when the sun is near the image.  Veiling glare is controlled fairly well.  See examples below.
Quirk; this lens needs to be slightly back focused at wide apertures for razor sharp images, go here for more info.
Filter size is 72mm.  Sharing this size in the Sony lineup are the 135mm F/2.8 STF, Carl Zeiss 24mm F/2, and the Carl Zeiss 85mm F/1.4.
Normal filters, not thin type, cause slight Corner darkening at F/2.8 with full frame coverage, but none on APS-C cameras.
Coma is very strong at F/2.8, but lightens considerably at F/4, where you wouldn’t notice it in regular shots.  Full frame results are different, see those at the bottom of the page.
Color looks the same as other Sony lenses.
Bokeh is rather harsh at F/2.8.  At F/4 it looks better in my opinion.  See crops below.
Lateral color fringing is present, but not very apparent unless you shoot bright subjects flanked by dark areas.  I mostly came upon red and cyan, though red seems more noticeable.  Stopping down won’t help with this type of CA.  This lens is average in this department.
Random shots below.

The top left shot shows how the lens handles the sun when it’s smack dab in the middle of the image, and it does a good job, no rings or color blobs.  The right shot shows the sun at an angle, with an orange ghost below, which shows up in most shots, regardless of angle.  The upper blue ghost is very dependant on angle, and mostly shows up using a full frame camera.

The last row are the results of coma, which looks rough in this extreme corner sample at F/2.8.  One stop down at F/4 and things look good.  The points of light are supposed to be round and very small.  This wouldn’t really show up in a normal picture, so don’t worry about it if you’re a fair weather photographer.

Distortion is moderate to light, and corrects easily with standard lens correction tools in your photo imaging software.

Light fall-off or corner darkening is mild to moderate at F/2.8.  It blends well into the center of the image so it doesn’t show in real life.  By F/4 it’s gone 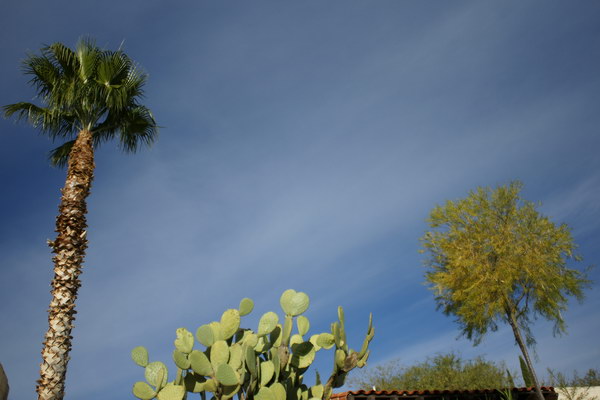 Shot at F/2.8, no adjustments.  Light fall-off in real images is not noticeable on a cropped sensor camera.

How sharp the corners are?

These crops are from the extreme bottom left corner.  Things look rough here at F/2.8, and the corners definitely respond to stopping down.  F/5.6 is a little better, and I think the sharpest comes at F/8 or possibly F/11.  Exposure differences are from light fall-off at F/2.8

How sharp are the centers if the image is enlarged to a staggering size?

The center sample crops above show F/2.8 and F/4 to be very similar is sharpness, though it appears the lens is at its sharpest at F/4.0, (due to contrast loss or spherical aberration) but not by much.  Look along the wall on the extreme bottom of the image.  There isn’t a whole lot of change as you can ascertain, and it’s hardly noticeable cropped and displayed side-by-side.  This lens shows center sharpness improvements by short focusing.  If you want to “short focus” for sharper shots with this lens, check out my article which explains this focusing method.
Comparison to Sony kit lens below.
The comparison above shows the center sharpness gain (at maximum aperture) you’ll get by using this lens, as opposed to using the Sony 18-70mm F/3.5-5.6 kit lens.  The kit lens is soft at its maximum aperture at 20mm, which is F/4.  The 20mm lens is sharp at F/2.8.  If you really need light, use this lens instead of the kit lens, if you’re not really in to low-light shots, use the kit lens or other less expensive lenses starting at 18mm.  The kit lens sharpens up nicely at F/4.5, where it’s sharper than the 20mm is at F/2.8.
Close focus sample.
Below, click for larger image.  Check out the close focus shot, a 100% cropped portion of the full image.  The sample shot was taken with the Sony A 700 12.2mp camera.  The subject is a standard US stamp, 1″x 3/4″ or 25.4mm x 19mm.  Also, note the macro shot was taken as close to the subject as focusing allowed; In this case, 5.6″ or 142mm, measured from the front of the lens barrel to the subject.
This maximum magnification shot is sharp, but it’s small.  If you’re using this lens properly, you won’t care about macro type shots.  On a minor note; this lens looked nearly as good at F/2.8 as it did at F/4, with only a small amount of contrast loss visible wide open, and is one of the sharpest lenses at F/2.8 I’ve ever tested at close focus.

Check out the full size samples below.  Note: these images were not intended to be viewed in their entirety, I was showing crops at the time, and this set was for the ‘center’ crops in a comparison review. 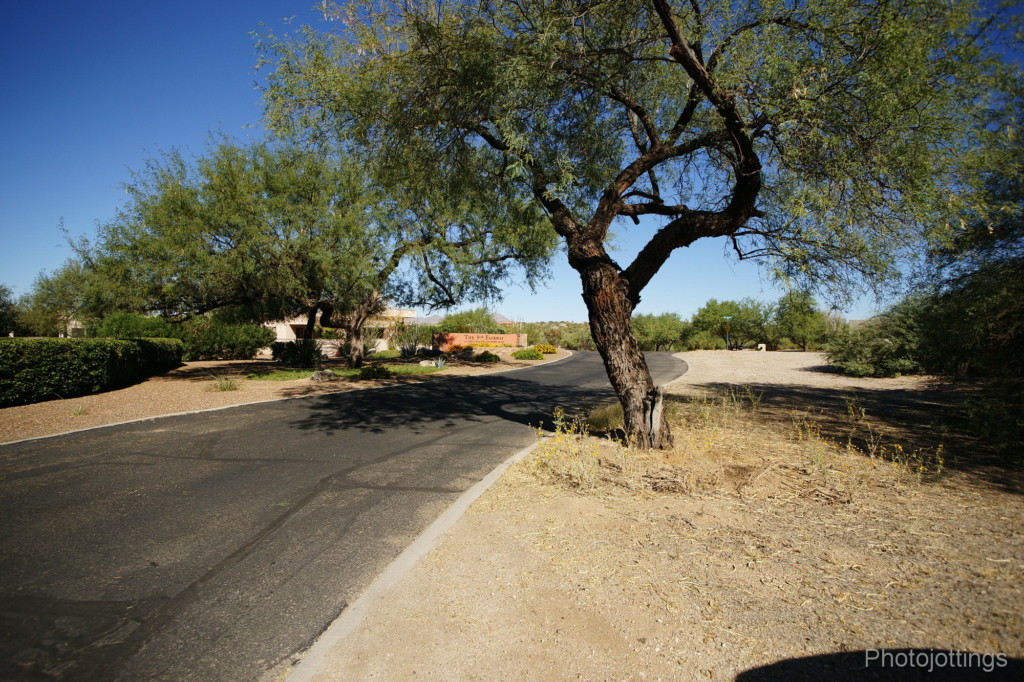 Click the yellow buttons for full size versions from the full frame Sony A900.

My final thoughts.
The Minolta (later rebranded Sony) 20mm F/2.8 is another excellent and very affordable ultra wide angle lens that dates from the late 1980s; but don’t let the three decade old design fool you into thinking it’s just another cruddy old film lens.  Minolta built this top notch lens out of metal, and added auto focusing capabilities, which was rare in the mid 1980s.  Optically, it’s very sharp, and uses a 10 element, 9 group optical design.  No wonder it’s still available today brand new, or used for around $250.

The Minolta/Sony versions of this lens would be an affordable way to get an ultra wide angle lens for your Sony ‘FE’ camera using an adapter.  For the smaller Sony ‘E’ mount APS-C camera bodies, Sony makes a pretty good 20mm F/2.8 pancake type lens that I would recommend.

Mount your ‘a’ lenses to ‘e’ camera bodies.