I had the chance to shoot another roll of Rollei Digibase CR200 E-6 film, (eBay), and the results are similar to the shots from the first time out.  The difference this time was that I took the shots in a harbor town setting, instead of Arizona desert fall colors.

One thing is for certain, Rollei CR200 has a very large dynamic range, almost like print film.  Unfortunately, I don’t really care for the colors, which are muted warm, with a bluish hue to the shadows.  The colors just don’t “pop” for me.  You can “jack” the colors in photoshop, but it’s really hard to get a more “traditional” look back to the scene.  However, for the artistic type, the native look for this film might be right up your alley.

Below are samples from the second roll.  This day was a little cloudy, with high clouds keeping the bright sun in check, however, the color differences are instantly noticeable from regular color print film, or Fuji Velvia film; see sample and comparison at the very bottom.

These samples were taken with a 1950s 6×9 folder, which has twice the negative size as the camera used for the first roll, (6×4.5), so the grain size and shape that I originally complained about is less intrusive in this set.  The scans below were made by the developing lab, and are pretty close to what you see on the light table. 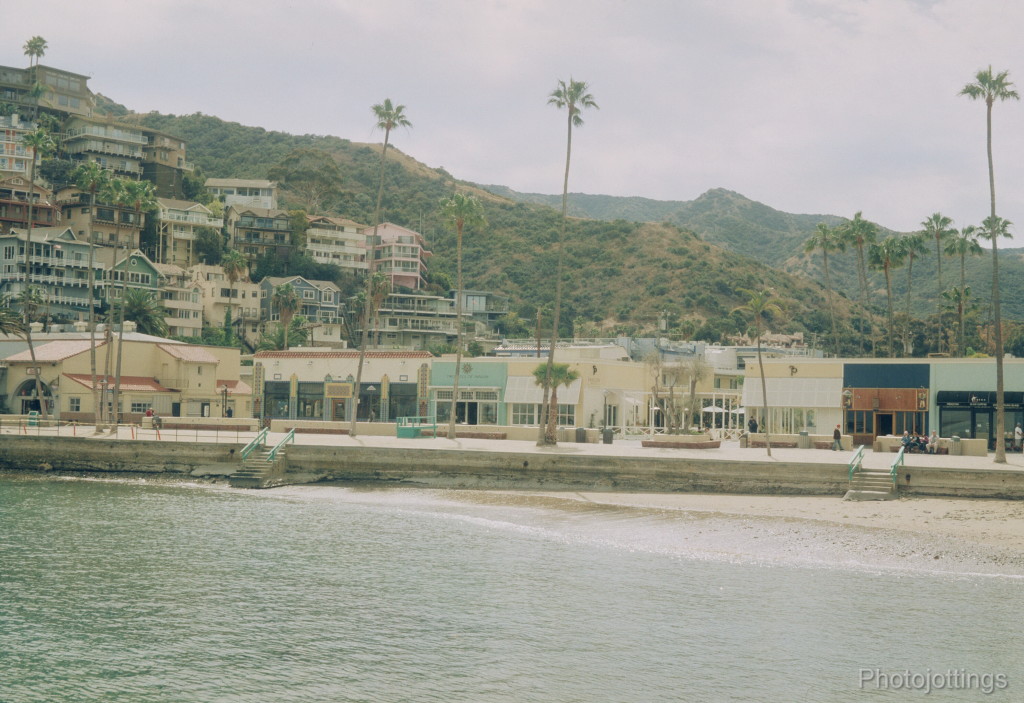 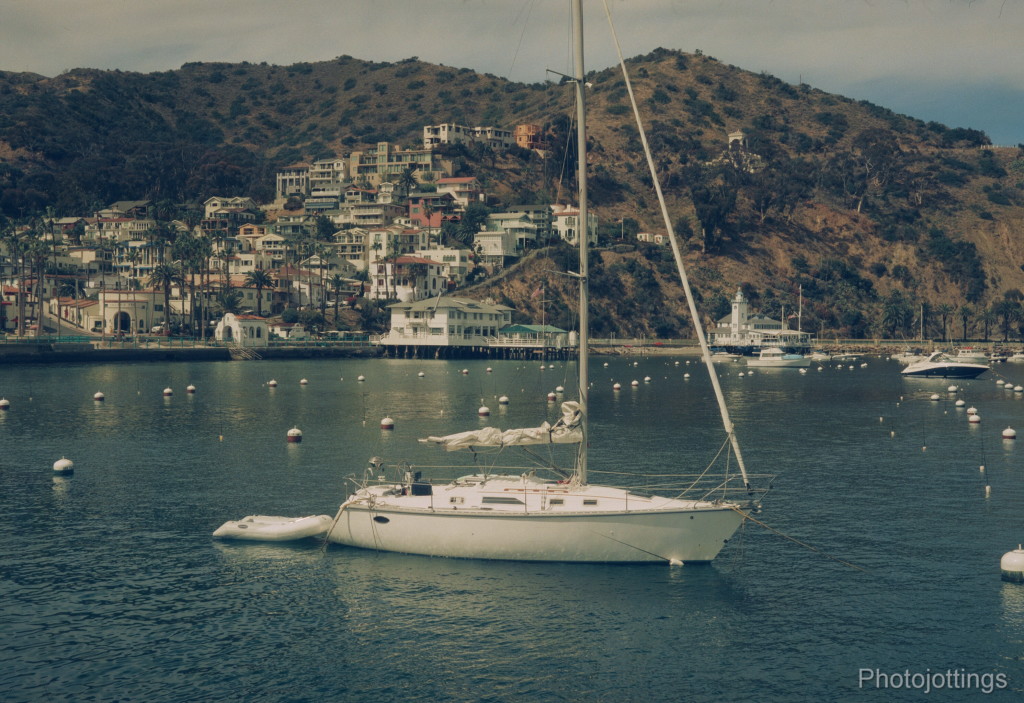 Splendour in the Harbor, but it’s reminiscent of ‘film gone bad’ from the 1970s. 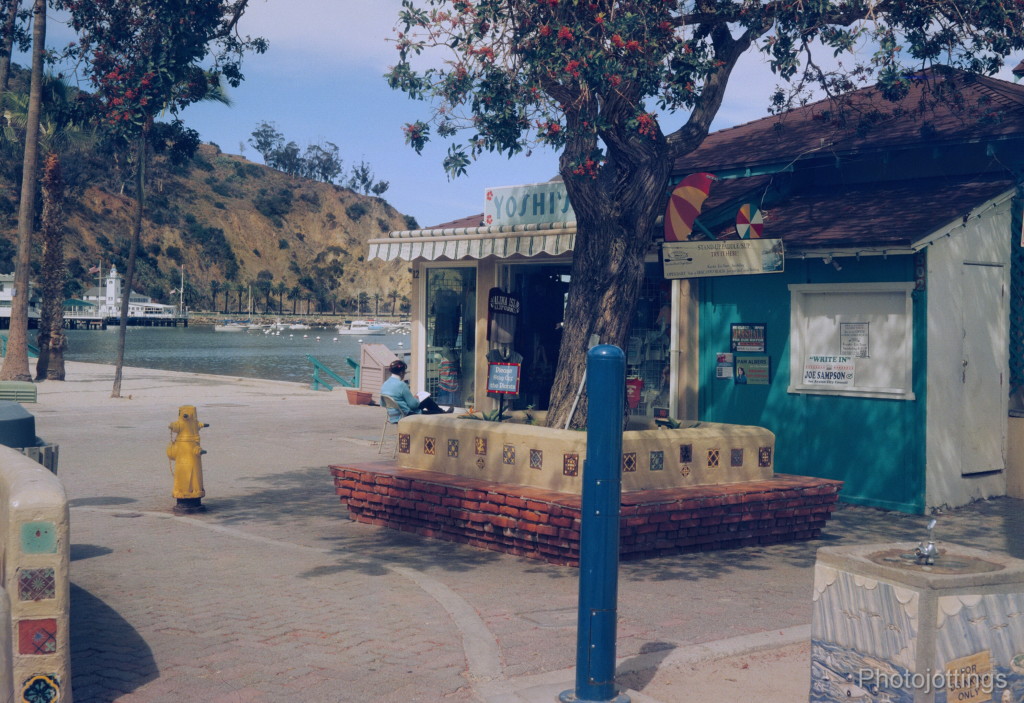 Yoshi’s joint; here I “jacked” the colors and white balance for a more “normal” look; I think it looks pretty good. 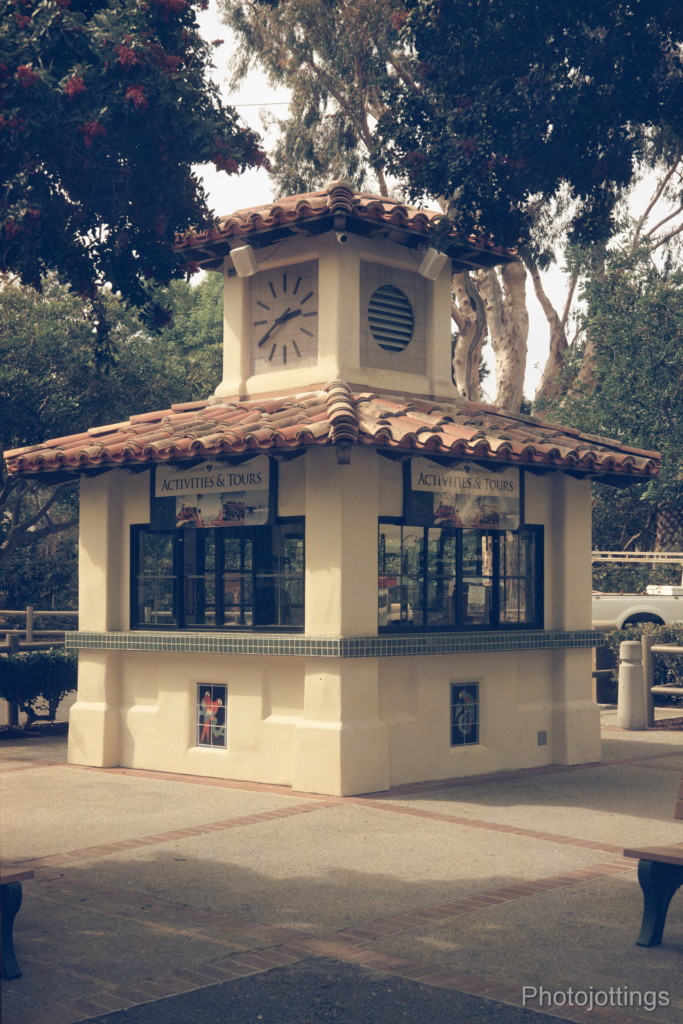 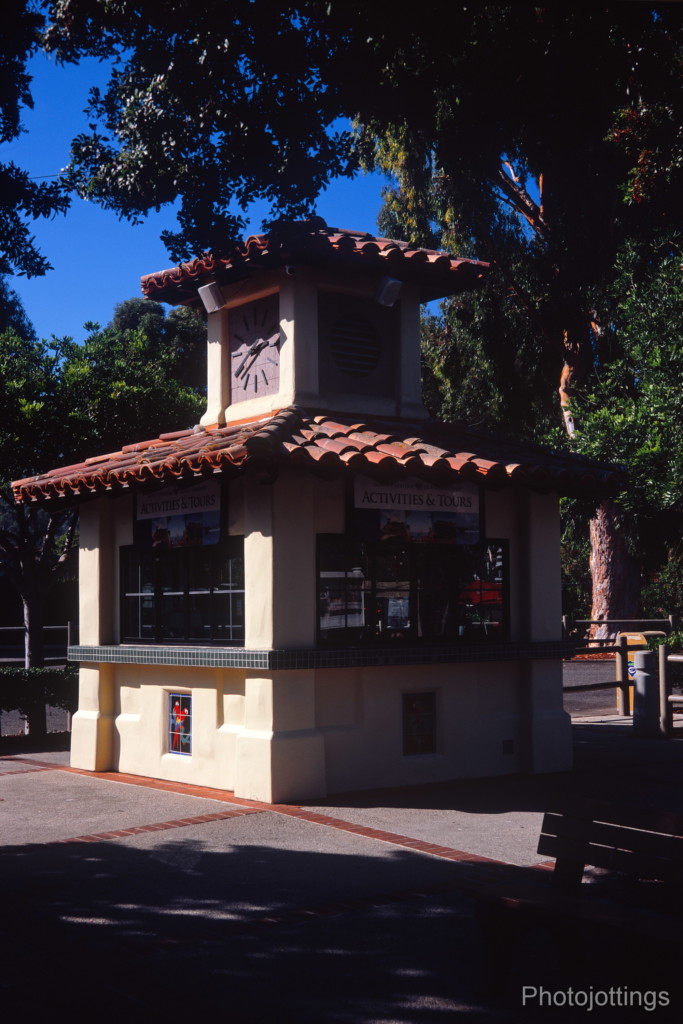 Same scene as above but using Fuji Velvia 100, and three stops less exposure.  The contrast is quite harsh here compared to the Rollei CR200, but the colors are much more to my liking.

Anyhow, I think there’s a lot of potential in this film, especially if they can get the colors in line with Kodak and Fuji’s color reversal films.  It’s one stop faster than most E-6 type film, which can be a pretty big deal when using medium format cameras.  Unfortunately, I doubt I’m going to shoot more rolls of this stuff; It just doesn’t “pop” off the light table like Kodak and Fuji’s film.