Requisite product shots.
The Sony A580 and Sony A900 were used for this review.  For a better understanding of terms and methods used in this review, go here.
Check out the original owner’s manual here in multiple languages.
The Minolta AF 135mm F/2.8 is a compact lens, with a nice build quality and cool built-in hood.  It has a gloss black finish with ribbed rubber inserts around most of the circumference.  Also included is a focus distance window with ft and m in those colors along with DOF hash marks at F/16 and F/32.  It has an infra-red focus index mark, the red dot at F/16 on the aperture scale.  The lens is made in Japan.
This lens has a medium focus throw, and it focuses a little behind the subject using the A900, I dialed in -11 for the micro adjustment, your focusing may be different.  There’s a little bit of slop on the focus ring if you wiggle it by hand when engaged, and none in actual MF use.  Manually, the ring is somewhat tough to manipulate with a finger and thumb, especially with the hood all the way retracted.  Just over a third of a turn gets you from close focus to infinity.  The focus ring turns in auto-focus mode, but thankfully, not the filter ring.

The aperture shape is a nice heptagon from F/2.8-8, and flattens on one side noticeably as you stop down to F/32.

This lens has the typical multi-coatings from the 1980s, which is a somewhat green/bluish/purple cast, and as a result, you’ll see a lot of colored blobs and/or arcs depending on angle and aperture.  The sun doesn’t have to be in the image to make a mess of things, so be sure and block any intense light sources which can wreak havoc with your pictures.  The small, built-in hood doesn’t do much good, use your hand for keeping the sun out of the shot if possible.

In the box is the lens, caps, and owner’s manual with a warranty card, no case or pouch.
Lens flare/ghosting.  Below average control.  Don’t frame your shot with the sun close by or you’ll be sorry.  See samples below.
Color fringing (CA).  Below average control, but typical for a 1980s and 1990s telephoto lens.  I see the typical fast lens, wide-open axial color fringing at F/2.8, but diminishes greatly by F/4.  There is lateral color fringing also, but it’s controlled fairly well.
Bokeh.  A little distracting due to a colored ring around the highlights caused by spherochromatism, see the bokeh samples below.  The aperture shape starts to show up between F/4-5.6.
Color.   Same as other Sony and Minolta lenses.
Close up filter.  +4 tested, which allows you to get much closer, about 8″ or 203mm to subject from end of lens.
Coma.  None.
Regular filters cause no additional light fall-off problems.
Filter size is 55mm.  Sony lenses that use 55mm filters are; 100mm macro, 50mm macro, 50mm F/1.4, 35mm F/1.4 G, 18-70mm, 18-55mm, 55-200mm, 35mm F/1.8, and the 75-300mm.
Distortion.  Very straight on APS-C and full frame.  Check out the cropped samples below.
Distortion example directly below.
Bokeh crops next.

Bokeh, or background highlight blur is generally good, although I see a slight ring around the highlights at all apertures.  I see some spherochromatism, meaning green tinged out of focus highlights in the background, and magenta tinged in the foreground.  This isn’t something to worry about.  Crops above were taken from the center of the image, focused about 25′ (7.6m), with the background about 45′ (13.7m) away.

Focusing accuracy is crucial at F/2.8!

Accurate focusing is crucial for telephoto lenses at wide apertures, such as the 135mm F/2.8 here.  In the top crop, the camera focused slightly behind the house, you can see this by looking at the background foliage above the house, it’s sharper than the other two crops.

The middle crop was focused slightly in front of the subject, although this shots appears better because of the lack of magenta color fringing, it’s really not quite as sharp as it could be.

The bottom crop is focused correctly on the house, you can see the foliage out front and the metal window guard on the left is sharper here.

The range of perfect focus is super slim, and the differences in focusing accuracy in these crops highlights the limits of the camera’s AF system.  I used the Sony A580 for this test, but even using the A900 with micro adjustments enabled still isn’t perfect all the time.  The camera’s AF system chose the focus for the above crops, each time slightly different.  The best way to see if you have your subject in perfect focus is to use live view, focus check and magnified to the max.  At smaller apertures, focusing isn’t so critical, that’s why cheap cameras come bundled (kit) with slow lenses, it’s not just the lower cost, it’s because the AF system doesn’t have to be very good to produce sharp shots.

This lens focused correctly when set to the infinity hard-stop, but if you’re at shorter distances, you’ll want to do a focus check to be sure of getting the sharpest shots.  The above 100% crops were taken almost 200 yards (200m) away from the camera, so infinity for this lens at F/2.8 is somewhere beyond that distance.

Mini comp with Sony 70-400mm.
This comp shows the differences between the Minolta AF 135mm F/2.8, and Sony 70-400mm F/4-5.6.  All crops were taken at F/5.6.  The crops show my boring stamp test chart from a lens to chart distance of about 17′ or 5.2m.
The Sony shows a little more contrast in the centers, and a little more resolution at the mid-sections and corners.  The Minolta holds up well considering it’s over three decades old, and costs about one tenth the price of the new Sony 70-400mm.
Let’s check out the macro capabilities of this lens.
Below, check out the cropped image (300kb) of the stamp.  The sample shot was taken with the Sony A 580 16.2MP camera.  The subject is a standard US stamp, 0.87″x 1.0″ or 22mm x 25mm.  Also, note the macro shot was taken as close to the subject as focusing allowed; in this case a somewhat long 33.25″ (845mm), measured from the front of the lens barrel to the subject.
This lens has a reproduction size of 0.16x (1:6.25) which is one-sixth life size, that’s not all that close in today’s world.  Fortunately, the Minolta 135mm 2.8 produced a sharp close-focus shot.  F/4-5.6 were the sharpest at close focus.  F/2.8 produced a pretty sharp image, but axial color fringing and veiling haze were present.  As a side note; the “1996” on the bottom left of the stamp measures a mere 1mm wide.

Full frame results using the Sony A900 below.

Check out the differences when using a film or full frame camera below.  I’m only pointing out the noticeable issues as compared to the APS-C bodies, so if I don’t show it here, the results are not significantly different enough to warrant posting an additional set of images in this section.

Light fall-off is definitely stronger with full frame coverage.  I see moderate levels at F/2.8, however, by closing the aperture one stop, the dark corners begin to clear up nicely.

Full image below illustrating light fall-off from A900. 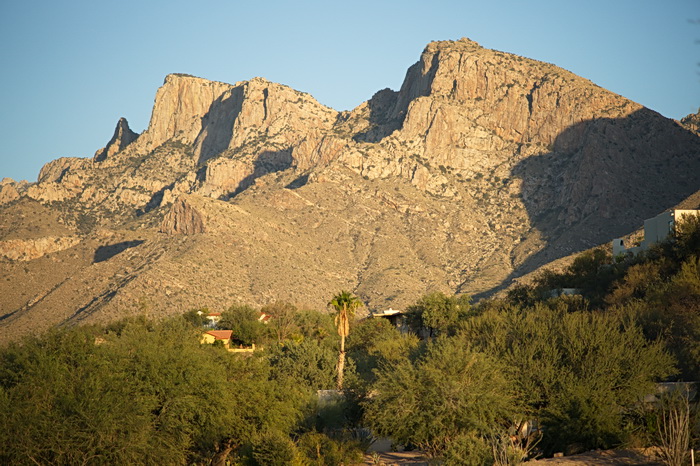 This full scene shows actual-use light fall-off.  It’s really not noticeable in my opinion.  This bright daylight landscape scene would normally be shot around F/5.6, and light fall-off would begone.  Data for the image is; F/2.8, 1250sec, +0.30eV, ISO 200.

Ghosting control is awful when the sun is near, or inside the image.  Contrast has been wiped out.  Word to the wise; don’t wave this lens around near the sun or any other bright light.  The hood does no good in sunlight.

Axial color fringing is strong at F/2.8, but stopping down the aperture helps tremendously.  The crops are from the center of the image, displayed at 100%.

Center sharpness looks very good in a real scene, although many shots showed an abundance of color fringing, (mostly red) and veiling haze, especially test charts.  If you look closely, you can see F/5.6-8 is slightly sharper in the foreground leaves.  Diffraction causes heavy softening at apertures smaller than F/10.  Distance to subject is about 400-500′ or 120-150m.
Crops from the mid-sections.

The full frame corners are a little soft and dark at F/2.8, but sharpen up nicely at F/8.  I see the corners look almost sharper than the mid-sections, that’s a little unusual, and makes the lens better suited for a full frame camera as there is no penalty for using the lens’ full image circle.

Here are the full size versions from the Sony A580 APS-C camera.  Disregard the bottom foreground clutter, it is not within the depth of field.  I see a sharp image from one side to the other at F/2.8, but it’s super sharp at F/4, and that’s where it maxes out in resolution through most of the field.  These are handheld shots, so they are not lined up perfectly.  Manual focusing was used. 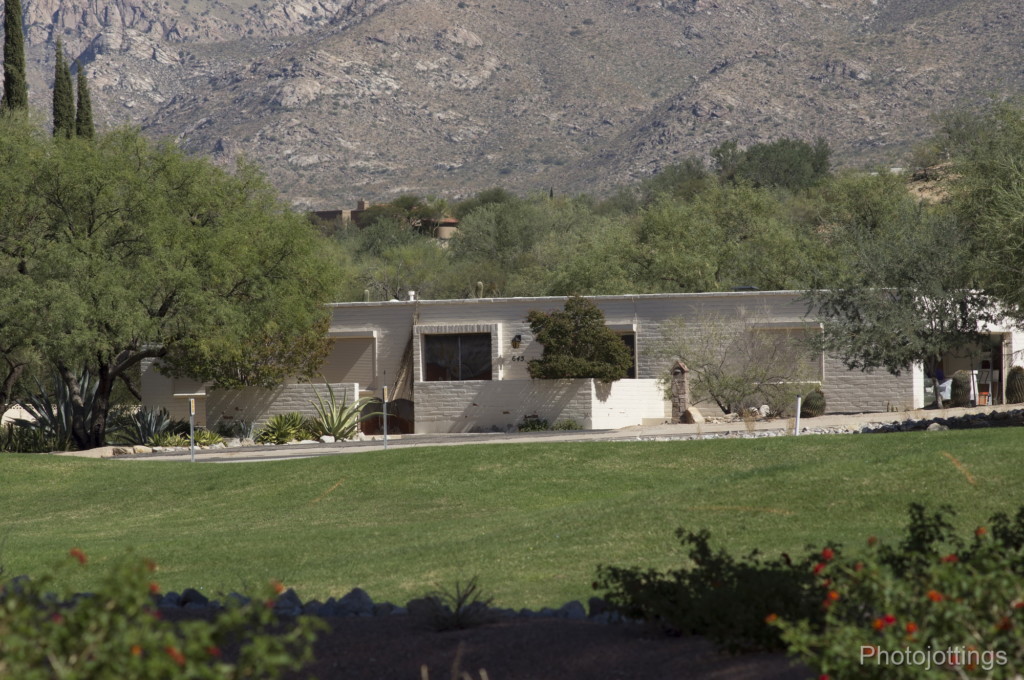 Full size versions from the full frame Sony A900.  Disregard all the foreground clutter, it is not within the depth of field.  Not a great test shot here; this is what I used for the crops above, and had no intention on using these samples like this.  Even with these awful test shots, things look really good here, even at F/2.8.  When stopping down past F/8 diffraction causes softening of the whole image. 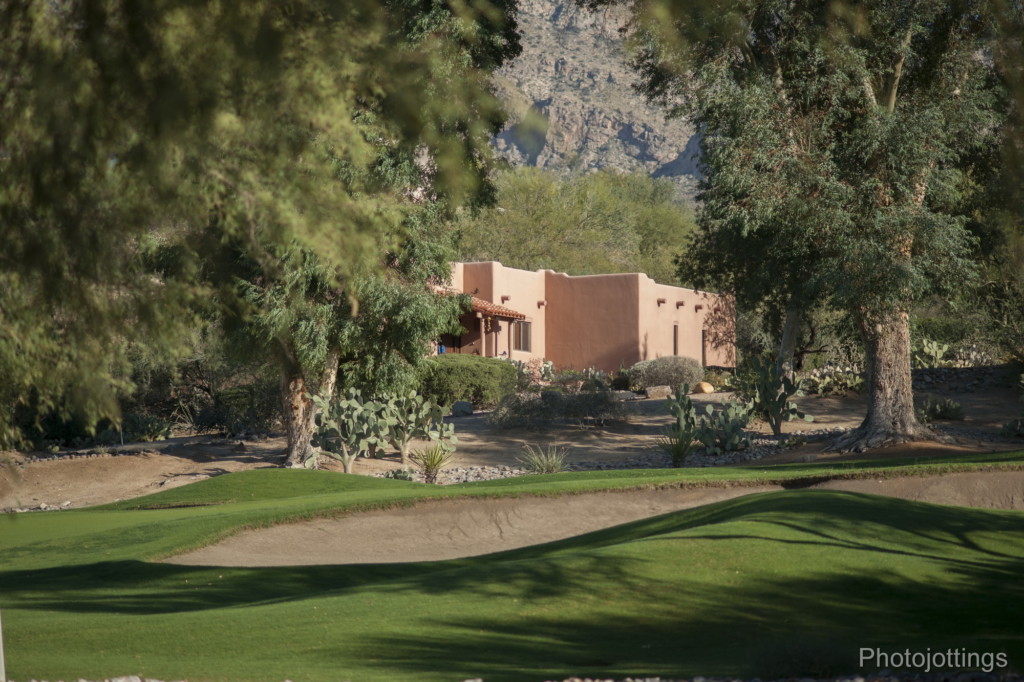 Click yellow buttons below for full size versions.
F/2.8 F/4 F/5.6 F/8
Conclusion.
The relatively small and light-weight Minolta AF 135mm F/2.8 turned in a very good performance for a thirty-plus year old lens.  Getting a good copy for under $300 would be a steal, and a nice addition to a prime lovers bag of goodies.  On an APS-C camera, this lens is similar to a 200mm F/2.8 lens for full frame.

Earning high marks are: distortion control; it’s flat on full frame and APS-C; center sharpness, where F/2.8 shows a surprising amount of detail, (although there is some veiling haze and color fringing), and light fall-off: very little on full frame at F/2.8.  The color fringing can be corrected in-camera on modern Sony cameras.

The Minolta AF 135/2.8 is a small lens that can be stored in your coat pocket if you like hand-held low light shooting but aren’t sure you need that much focal length.  If you want something even smaller, check out theSony 85mm F/2.8 SAM, obviously it doesn’t have quite the reach of 135mm, but you can get them new, and it performs a little better all the way around.

Bottom line; a great lens for the price, capable of handling today’s high megapixel sensors.  Get a Sony adapter for your mirroless cameras here so you can use auto focus.