Sony unloads a bunch of new DSLR products—yesterday.  I was busy with other things so I’m late with the update.  The cameras have been restyled, and I like the look.  The guts are about the same, except for the addition of two card slots, Memory stick-up and SD, SDHC cards, moving away from CF?  The battery is less powerful, using the Sony camcorder battery with 6.8v 900mAh, instead of the current 7.2v 1650mAh.  It looks like the new batteries are not info-lithium based on product shots on the LCD.

Don’t look for a review of any of the new cameras, I’m happy with what I have, and can’t afford to buy just for the purpose of a review.  If someone wants to loan one out, I might do it at that point.
I will be reviewing the lenses of course, as soon as they become available. 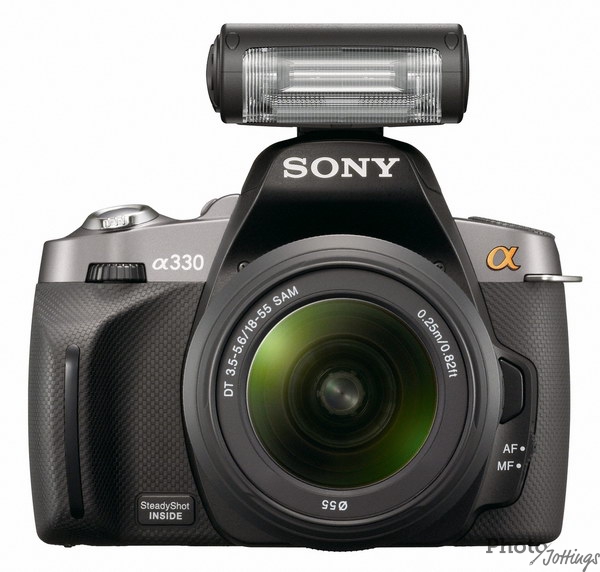 This is the Carbon fiber looking A330 with the new low-buck ($129) HVL-F20AM, GN20 flash unit.
This flash is supposed to be compatible with the wireless flash system on the A900, so you don’t have to get ripped off buying the HVL-58AM for $500, which is the only flash currently compatible.  The new flash flips up as an on-off feature, and the head rotates for bounce flash, but it’s probably not going to bounce much unless using a large aperture with high ISO. 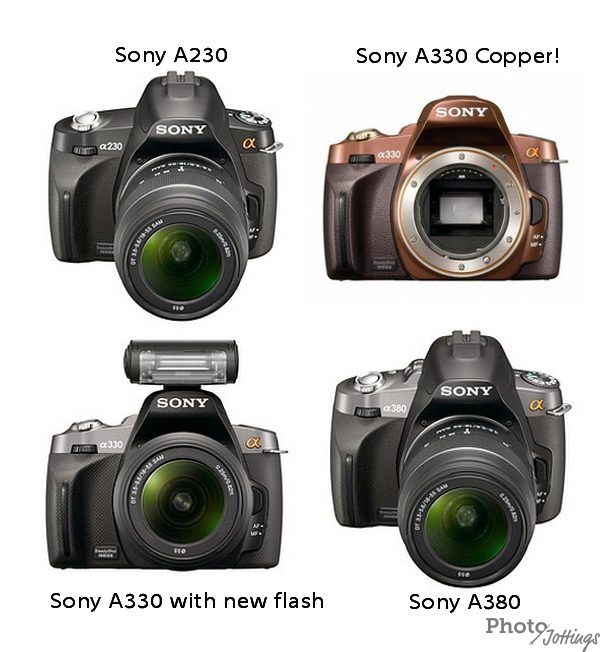 These are the new replacements for the current line-up.  I guess the gaudy copper colored A330 will replace the gaudy gold colored A300. 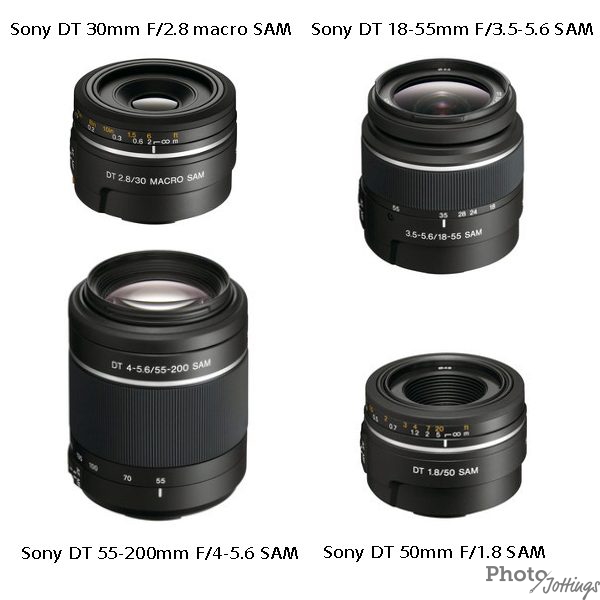 Here are the four new “DT” lenses that were introduced a couple of months ago.  All have plastic mounts, and a new, cheaper version of the SSM, which Sony is calling “smooth autofocus motor,” or “SAM” which appears on the lens.  Hopefully it’ll be more than just “smooth'” with emphasis placed on accuracy, speed, and lack of noise, we’ll see.  I’ll be reviewing all these lenses as they become available, which is supposed to be in July. 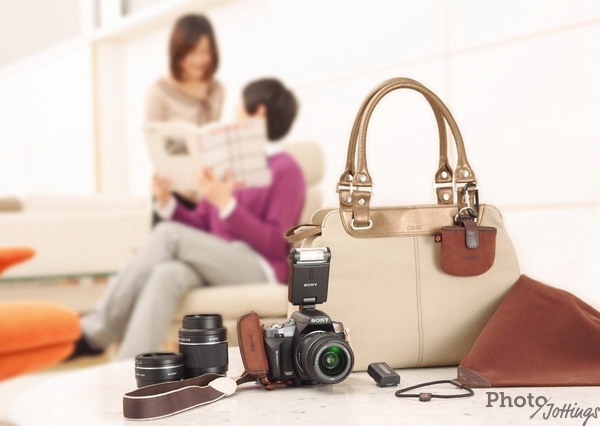 Sony wants you to be thinking about your matching purse and scarf when you go out for that photo shoot. I’ve already placed my order, and can’t imaging leaving the house without them!  Yes, it’s really a Sony branded purse and scarf!