The Konica Pop-10, (or Tomato, and Dynamite! in some markets) is a high-end, (relatively speaking) fixed focus, manually operated camera with a multi-coated four element lens and a whopping five apertures to choose from!!  Also a big plus at least as far as I’m concerned; it has manual film loading, advance and rewind, and needs no batteries at all for picture taking!  However, if you want to pop the flash, you’ll need a single AA, which also runs the low light warning lamp.

I have a certain affinity for fixed focus simple cameras like the Pop-10, they’re small and lightweight, and always ready to go; plus, you never have to worry about an out of focus shot or dead batteries!  During my research for the ‘perfect’ entry level compact camera, I found out this Konica model had a 35mm F/4, four element lens and several apertures (‘ISO’s’) to choose from, so I bought it with high hopes.

Back in the day, the Konica Pop-10 was a mid, to high-priced compact camera in the ‘entry level’ (fixed focus) category, originally selling at discount stores for about $39.95 in late 1985; however, these little suckers are now super expensive, at least for a fixed focus type; good working models are selling for over $50, and don’t be surprised if you see a mint Tomato version listing for close to $200!!  Fortunately, my boring black Pop 10 comes in at a much lower price point.

So is the rather expensive Konica Pop-10, (Tomato or Dynamite) with its four element lens and selectable apertures (ISO) worth the extra money over the super cheap Canon Snappy 30’s, or Kodak Breeze’s?  Let’s find out below!

Price; according to a 1985 ad in Popular Photography Magazine, the street price was $39.95.  Current eBay prices range anywhere from $50 to $150 or more depending on color and name.

Build material; appears to be mostly plastic, with a decent build quality.

ISO; Konica recommends ISO 100, 200 and 400 speed film, I use ISO 800 for best results at the ISO 400 setting.  The ISO settings are really adjustments to the aperture because the shutter speed is fixed.

Approximate resolution; will make excellent 4×6″ prints at all settings, and good 8×10 pictures with 800 speed film set at ISO 400.  See sample images farther down the page.

Accessories for this model;  none that I know of. 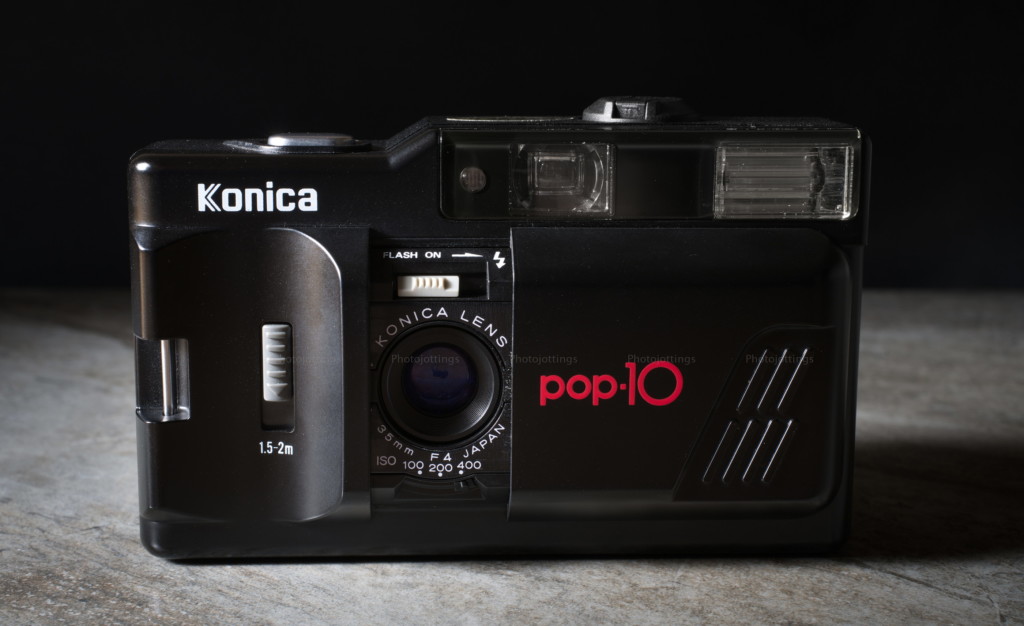 The camera front features a sliding lens cover, a flash, three ISO (technically aperture adjustments) settings below the lens, (click pic for larger view), and a viewfinder that’s actually pretty bright and easy to see through.

The little circle to the left of the viewfinder is a crude light meter that triggers the low light warning lamp.

The gray vertical sliding switch is for lowering the flash exposure when the subject is within 2 meters.  It works by closing the aperture two stops, not by lowering the actual flash power.

Above the lens is the flash switch, and when engaged it opens the aperture by two stops, for a maximum of F/4.  When you close the sliding lens cover it turns off the flash switch for you. 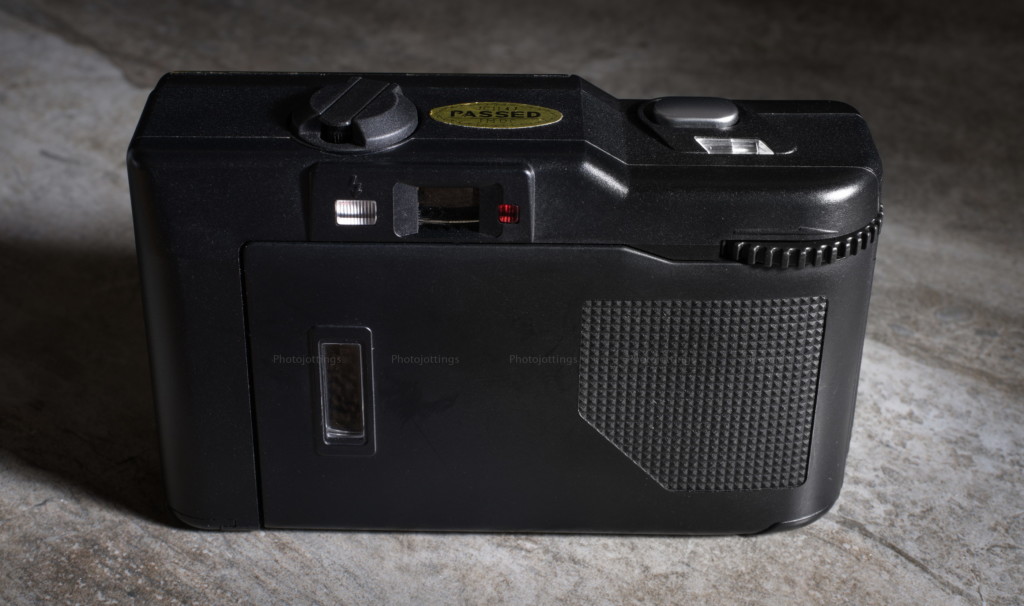 The manual rewind crank is on top, and to the left of the viewfinder.  You pull up the crank knob to open the back cover.

The flash indicator is just below the rewind knob, it glows orange when the flash is ready.

To the right of the viewfinder is the low light warning lamp, it glows red when the light is too low for a proper exposure, and unfortunately it’s just an idiot light, meaning it won’t adjust or go out when opening up the aperture to let more light in.

On top and above the manual film advance wheel is the shutter button and additive type shot counter.

With the back opened, you can see the film pressure plate, a light seal around the film reminder window, and the film compartment. There is no DX coding, so you have to set the ISO manually from a switch below the lens on the front of the camera.

See the gray colored film take-up spool with the sprocket catching tabs which makes it easy to load, and get 27 pictures on a roll of 24 with daylight loading! 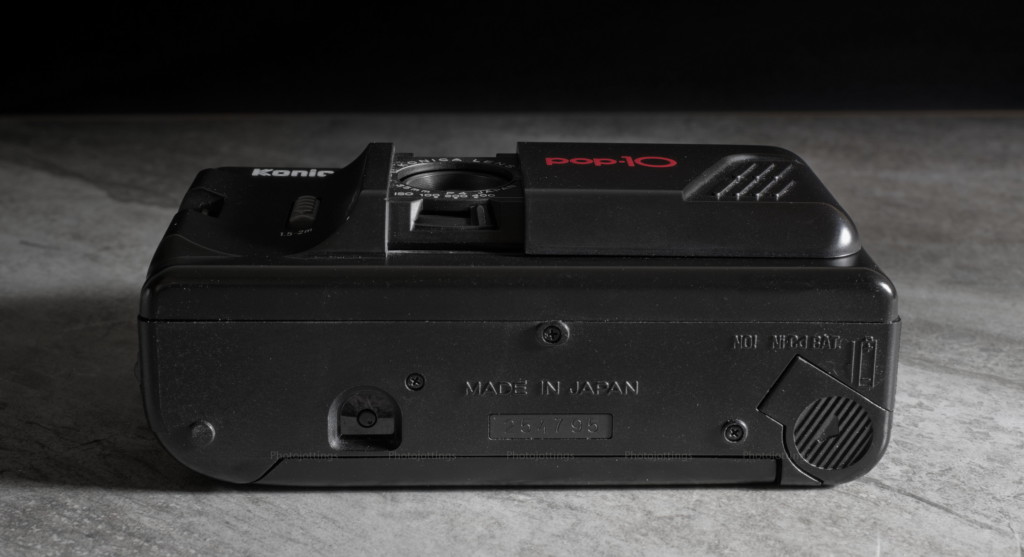 On the bottom of the camera we have; the rewind button, push this in so you can rewind the film at anytime, not just at the end of the roll.  On the right is the battery compartment that holds one AA battery for the flash.  Just above the battery cover it says; No! Ni-Cd Bat, meaning they do not recommend Nickel Cadmium batteries (rechargeable) and I have no idea why. 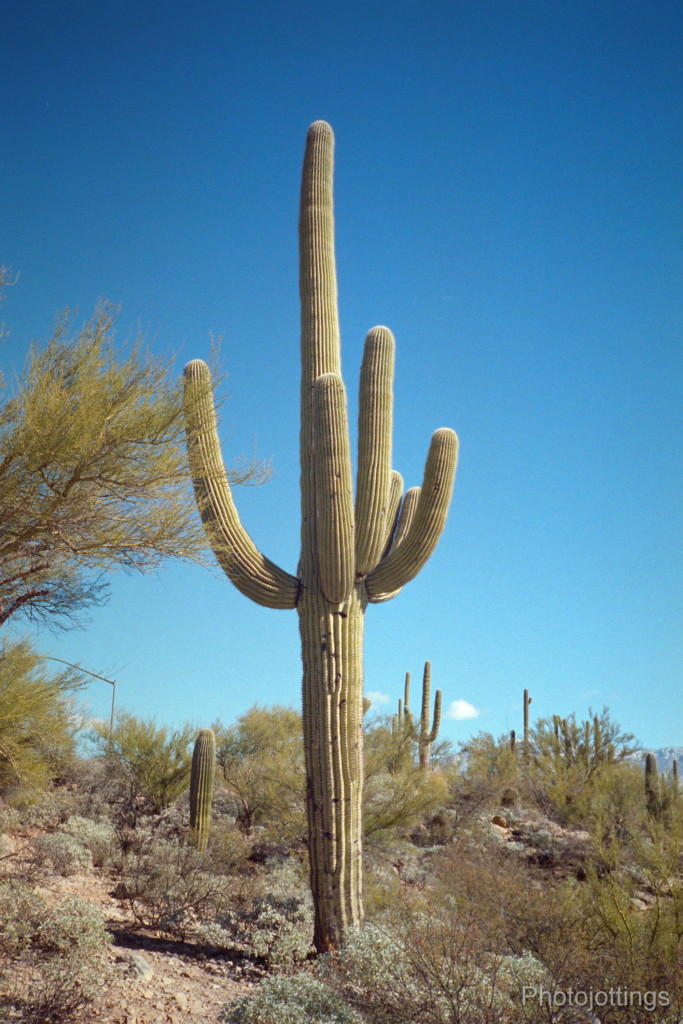 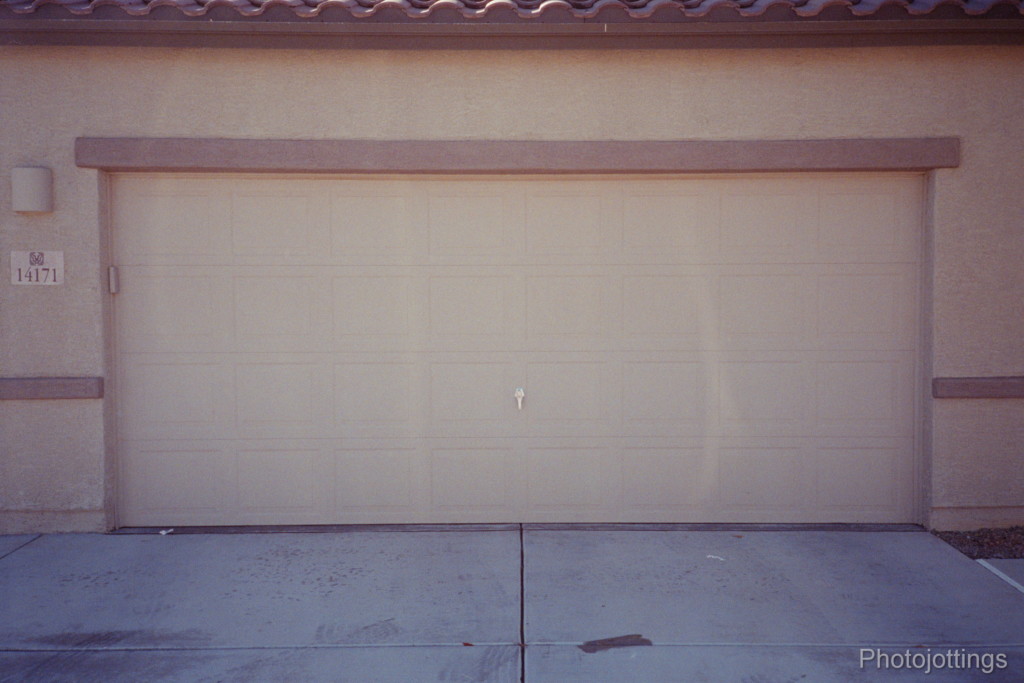 Distortion is wavy dinner plate type, with a dip in the middle, then flattening out on the ends. 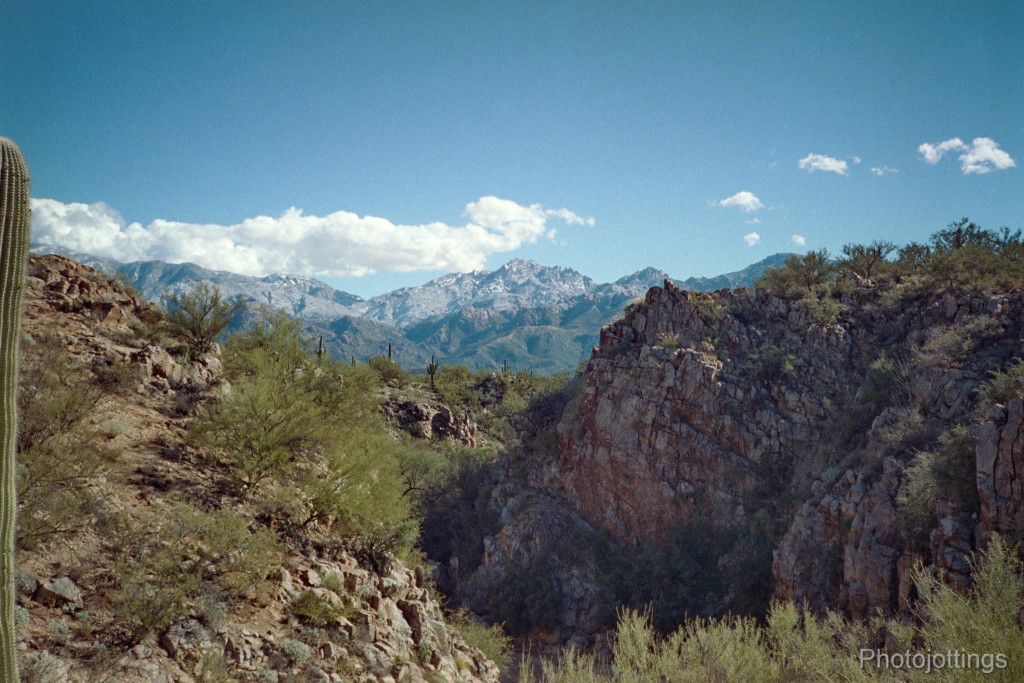 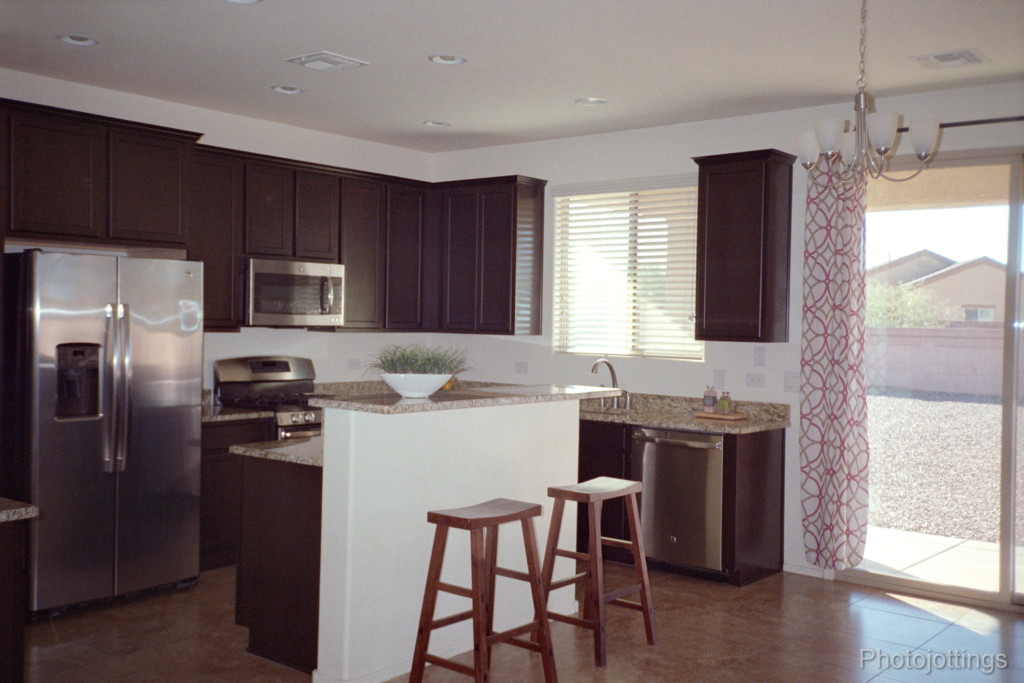 Interior scene using the flash at F/4.  With white walls the flash has decent coverage at this distance. 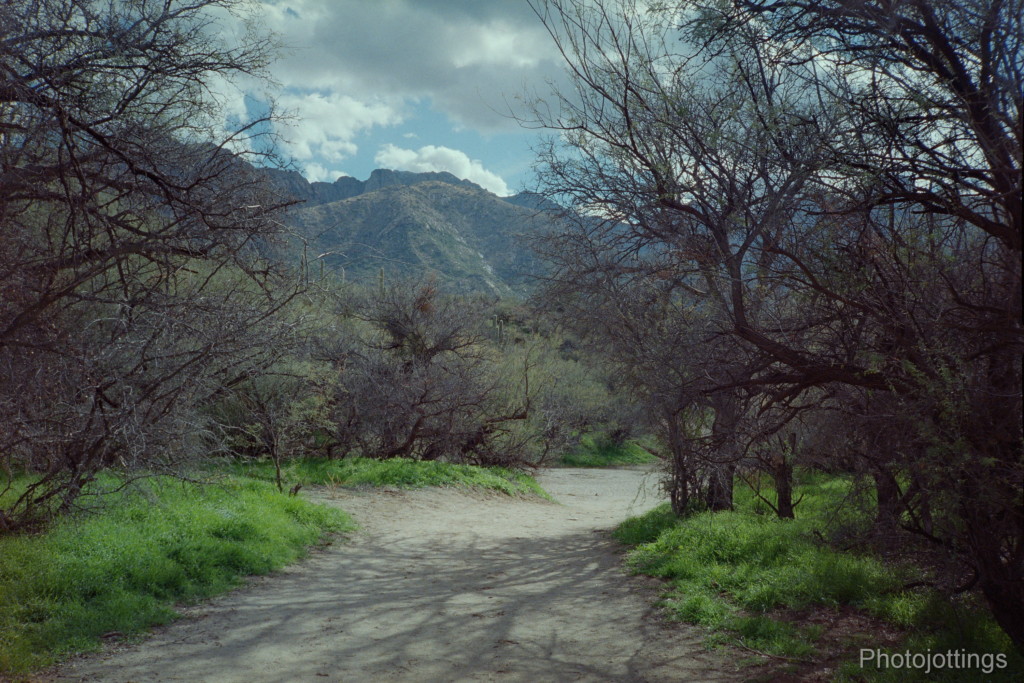 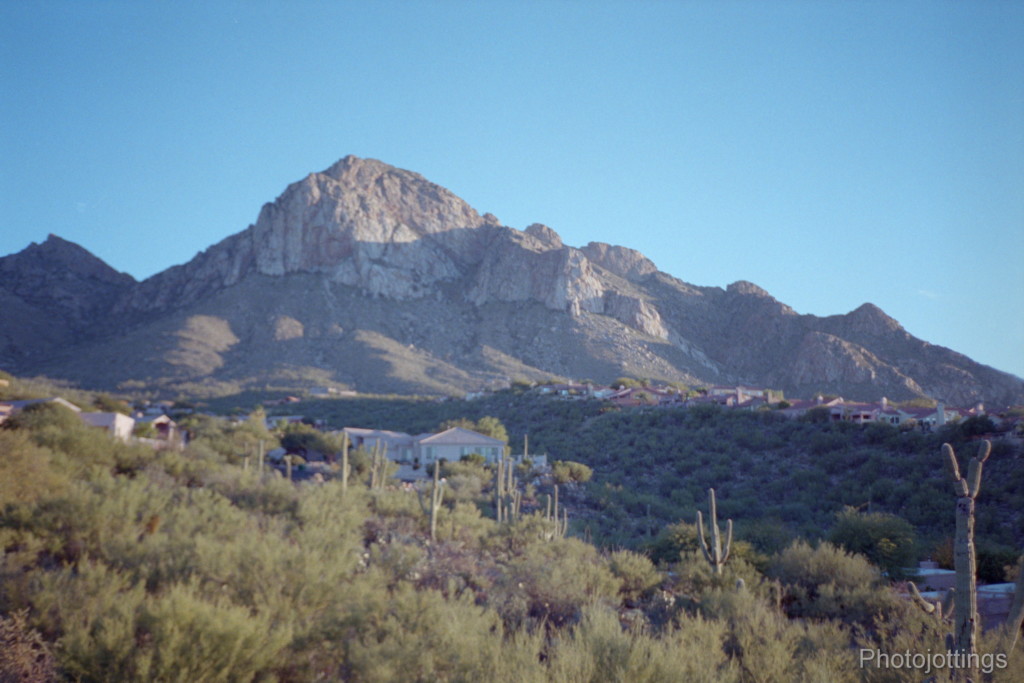 Wide open at F/4.  It’s really soft as the focus is at 9.2ft, and the lens has low contrast at this aperture.  A better use for this aperture would be closer focusing distances, like the interior shot above. 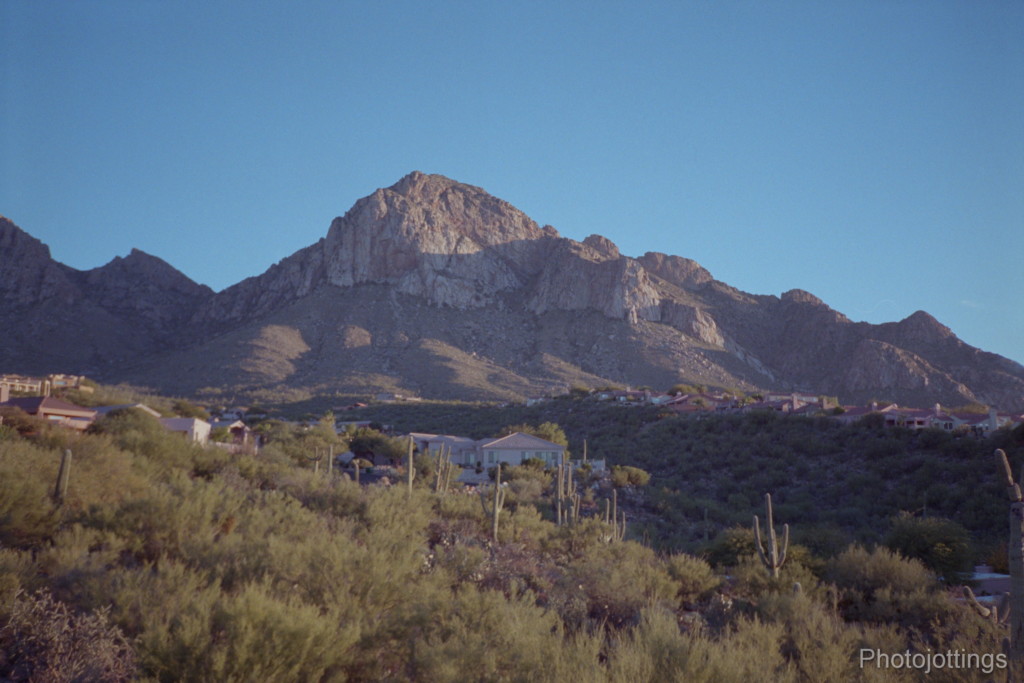 Things look better at F/8, or ISO 100 setting with flash off.  The left side looks a little soft. 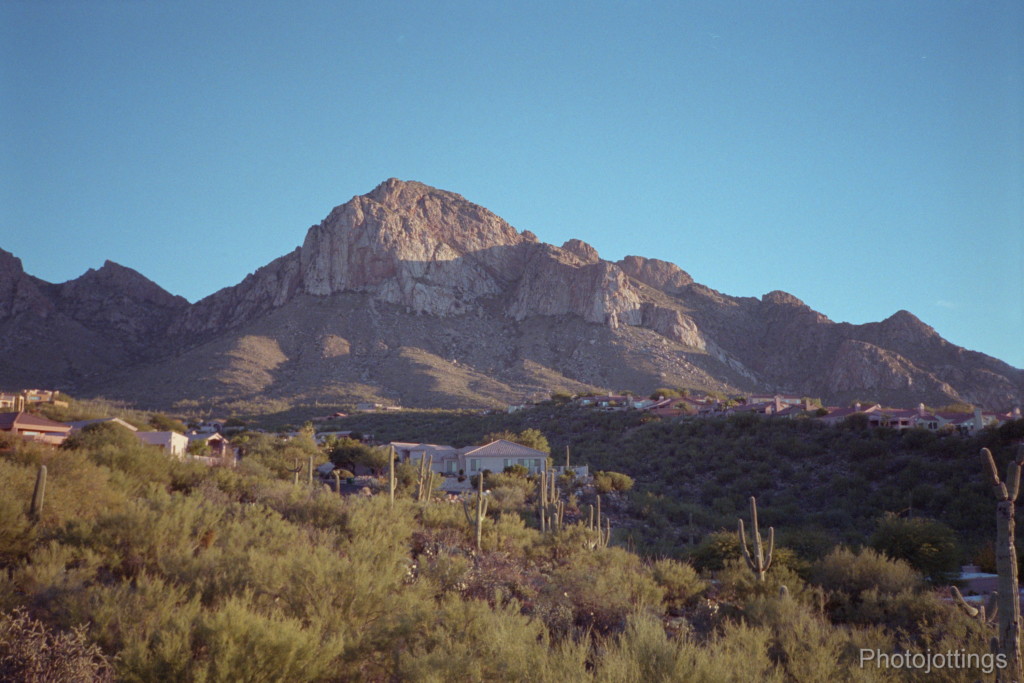 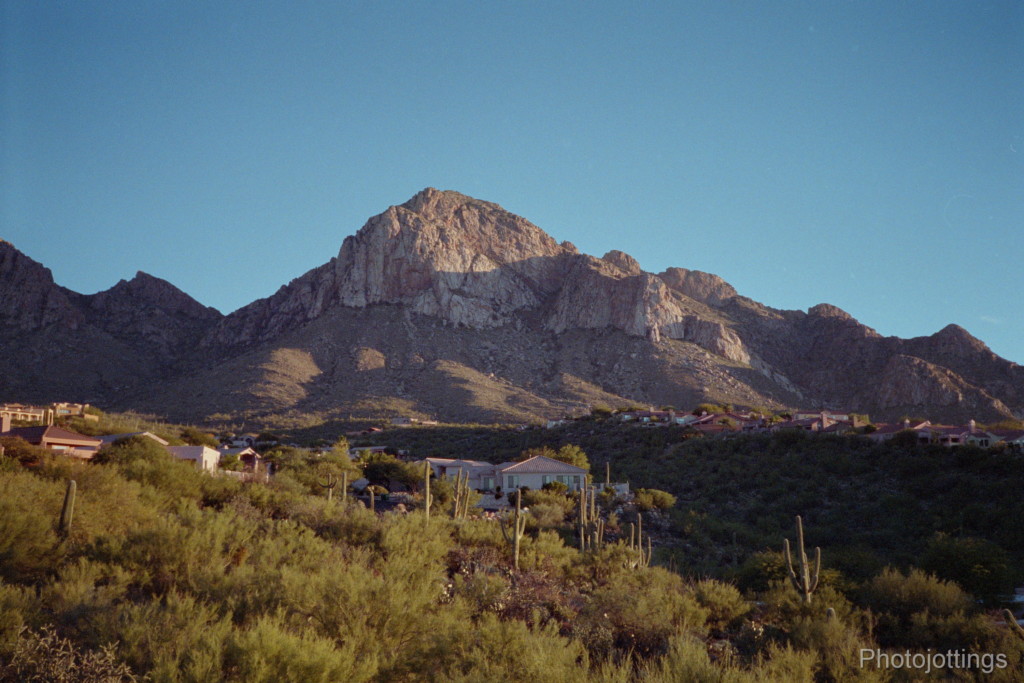 At ISO 400, or F/16.  There wasn’t really enough light here for an F/16 exposure, even using ISO 800 film but the color and contrast are pretty good, and the left side has sharpened up.

The Konica Pop-10 is a very compact and simple to use point and shoot film camera for people that just want to take some snaps of friends and family.  I like the compact size, it’s about the same as a Nikon 35Ti, and actually noticeably smaller than the Canon Snappy 30.  The five aperture settings are a nice feature, but having a focus free lens means you don’t want to take landscape type shots at F/4 or F/5.6; the rather narrow depth of field and 9ft focusing distance keeps the distance details blurry, see first test shot above.  However, when shooting subjects in the range of 8-12ft, the camera actually produces some nice crisp snaps, especially when stopped down a bit to ISO 200 or 400.

The Konica’s four element lens is pretty sharp with good contrast and color at F/11-16, but not really any better than the much less expensive three element lens models like the Kodak Breeze or Canon Snappy line; both can be had for about the same price as a hamburger at McDonald’s.  I guess in the end I’m a little disappointed with the lens performance, for the price, the Konica Pop-10 just doesn’t impress.  For the same price, you can get an Olympus XA which performs a lot better at larger apertures, and is even smaller than the Pop-10.

Oh well, it’s one and done for the Konica Pop-10, but I had fun taking it for a spin!