I took the image above in 2018 (well after the review below) with the Nikon 35Ti; it’s a two image stitch.  Click for larger version.

Just for kicks I thought I’d occasionally post some pics from my travels many moons ago, (it’s great filler material too) so this will be the first of many.

The subject of this post is a home in Charlevoix, MI USA.  It’s special in that it was made in a quirky way.  Earl Young, a Realtor who enjoyed photography and architecture, designed this, and many other nearby homes during the 1920s to the 50s in the storybook style, using curved, wavy roofs, cartoonish looking chimneys topped with ‘frosting,’ along with over sized boulders, field stone, and odd limestone stacking as this home has in the landscape retaining walls.  This house is not his most famous work, (more in another post), however,  I thought It was situated on the lot perfectly, and scaled appropriately, and of course, I love the look, that’s why I stopped to take the picture.  If I ever build a home, it’s going to be quirky and weird, similar to one of Earl Young’s homes, although smaller to reflect a more modest budget.  Living on Lake Michigan (lake behind the house) is probably pretty spectacular for three months out of the year, but the other nine months they can have.  See more homes here.

By looking at more recent photos and the satellite view, it appears as thought the garage may have been removed since I snapped this photo many years ago.  The house was built in 1948, and I’m guessing the garage part was added later, maybe in the 50s or 60s, and  removed recently for a sensitive restoration.

I took this image in July of 2002-03 (I think) using a Minolta Maxxum 7000 and 35-70mm lens at about 35-40mm.  Film used, Kodak Gold 100.  Scanned on Nikon Super Coolscan 9000 ED.  I thought I liked Kodak Gold much better than Ektachrome, so most of my pictures were taken on print film, that’s hard to understand after looking at my prints now.

Back in the day I took this film to a Kodak development lab at Walgreens, and they developed it in about 15 minutes, then ran it through a scanner and printed out my pictures.  The scanner was set up for speed, not quality, that’s why the sky and grass are washed out, but they look great on the film, it was just scanned poorly.  Even cheap point and shoot film cameras are capable of relatively good original quality, it’s just that most labs back then were in it for the fast buck, and hoped you didn’t miss all the details they left out!!  I didn’t, until digital came around.

The first picture in the gallery is the Nikon scan of the film, along with a crop and the usual tweaks.  The second pic is a faithful reproduction of the original print scanned on an Epson V700.  The last picture is the part of Michigan that we’re talking about. 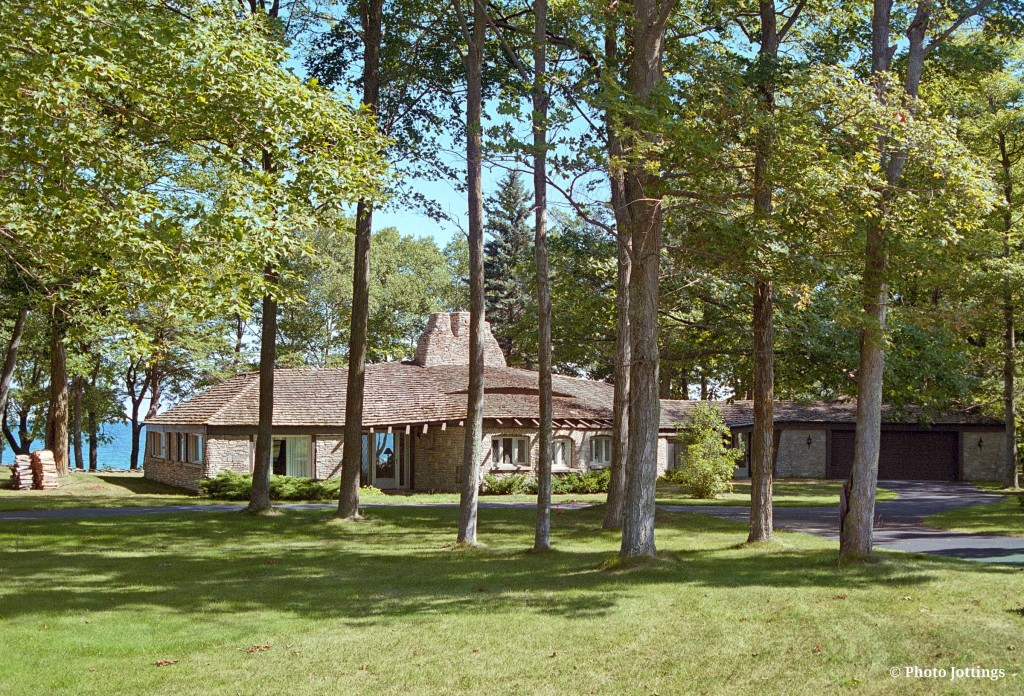 This is my favorite home of all time, I wish I lived here, but it’s too expensive!!  Final image from a good film scanner 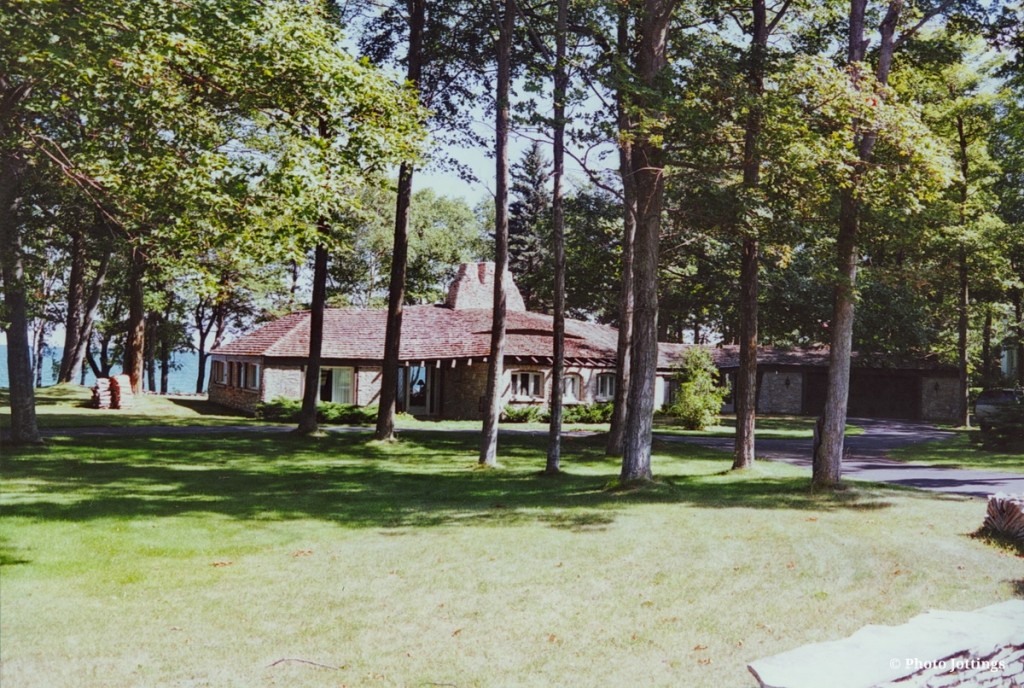 Faithful representation of scanned 4×6 print.  This image doesn’t make the home look all that inviting, it’s all washed out with poor color, no wonder Kodak went bust.  And no, the print hasn’t faded, I noticed how awful it looked when I got it back from the developers. 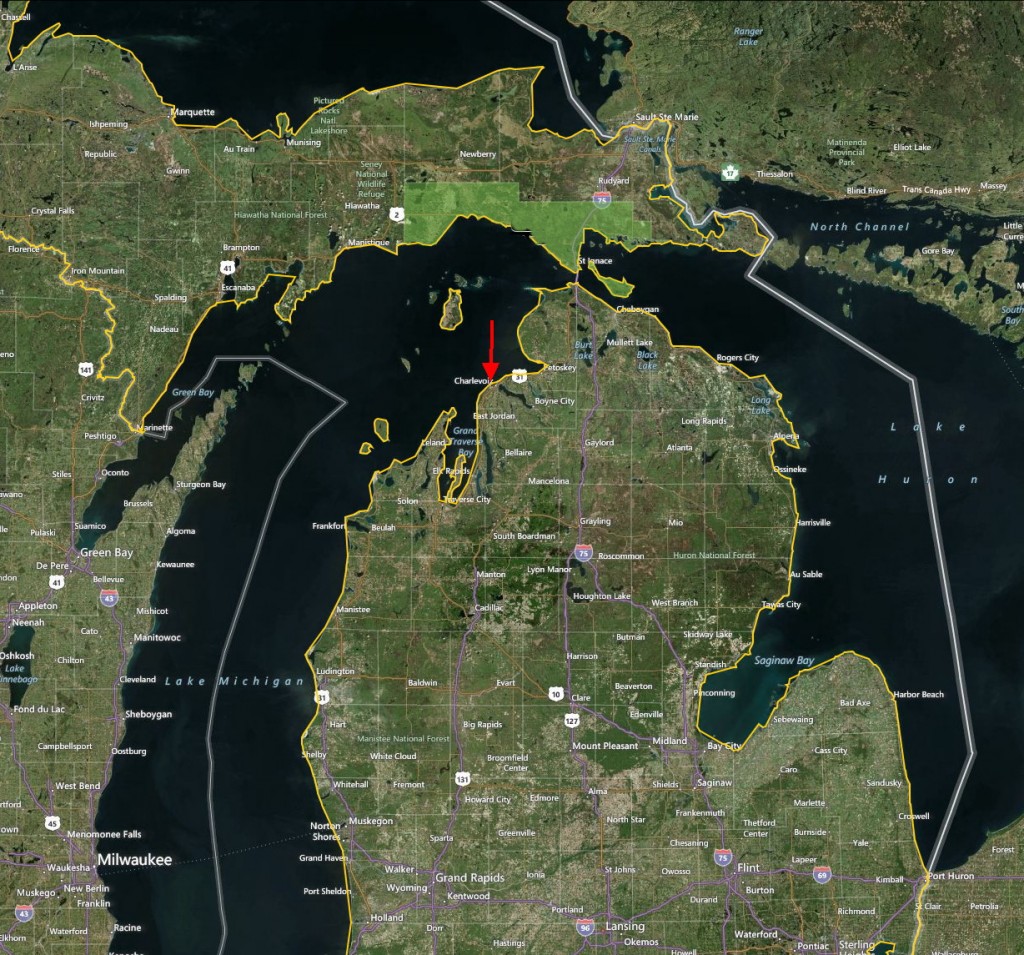 That’s it for the Earl Young, Park Ave ‘Storybook’ style home, thanks for stopping by!