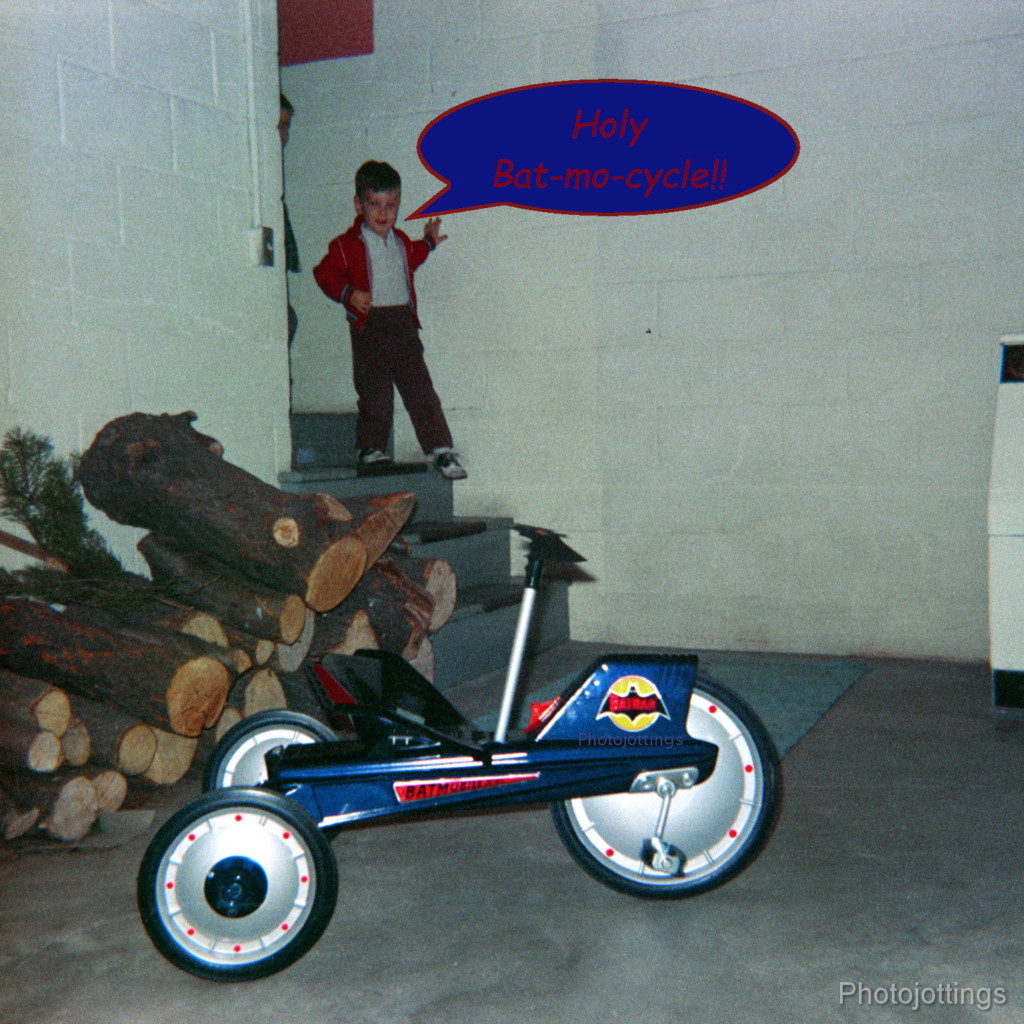 You don’t see to many of these unique ‘tricycles’ around anymore, even at the old toy shows.  I received this Mattel Batmobile X-15 for my birthday I think in 1966.  My Dad paid about $20 for it, and seemed more excited than I was at the reveal in the basement.  My brother is right behind me on the stairs, and was also pretty excited about it.

This ‘Batmobile’ is rather unique in that it steered by turning and leaning the rear wheels, (like a road graders front wheels), by moving the steering bar or ‘Joy Stick’ either to the left or right.  It had an adjustable seat, with a seat belt to keep you in place while banking, turning and swooping about the basement floor.  And if that wasn’t cool enough, it even made a ‘roaring sound as you peddled, (the faster you pedal, the louder it roars was the marketing pitch); which no doubt was probably quite annoying the parents, so Mattel made a wise marketing move and designed it so you could turn off the sound via a red switch in front of the steering bar.

Another cool feature; notice the top of the steering bar had a sharp ‘Bat’ shaped decorative cap, perfect for poking your eye out when you hit something; luckily, I never did that, but look at the picture below and see how easy it would be.

The Batmobile X-15 was the same as the V-RROOM! X-15, both from Mattel.  Not visible here but the other side opposite the Batman Insignia with yellow insert was an embossed ‘supercharger’ intake, (see it here), which made the cool ‘roaring’ sound.  I think Mattel included a set of decals for customizing the look a bit.

I remember having fun riding this, but I don’t think I had it very long for some reason; maybe is wasn’t too practical or it fell apart, I’m not sure. 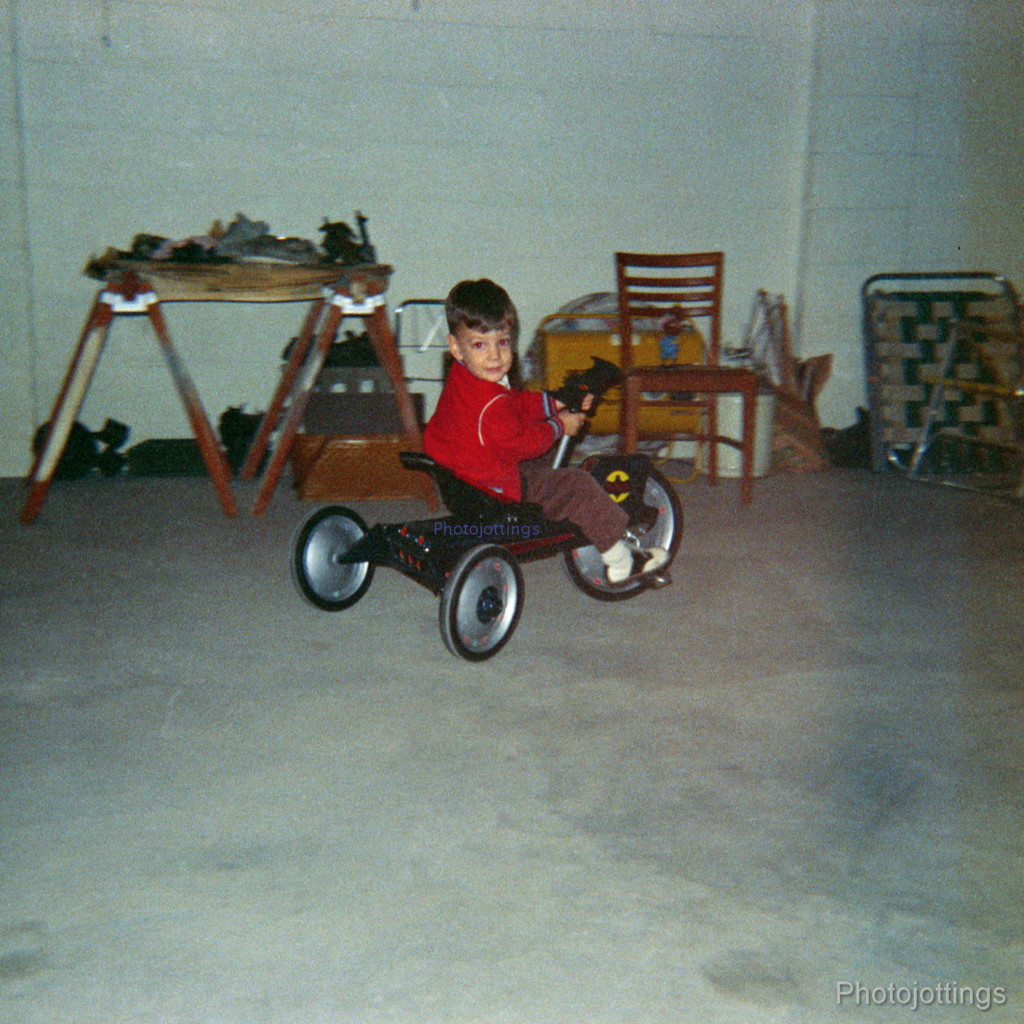 My first ride!   Check out the fake exhaust ports spewing hot flames in the rear.  Captured with my folks trusty Kodak Instamatic 100 that took 126 cartridge film.  This was print negative film, and it looks as good today as it did back then; even the actual print is still sharp and colorful. 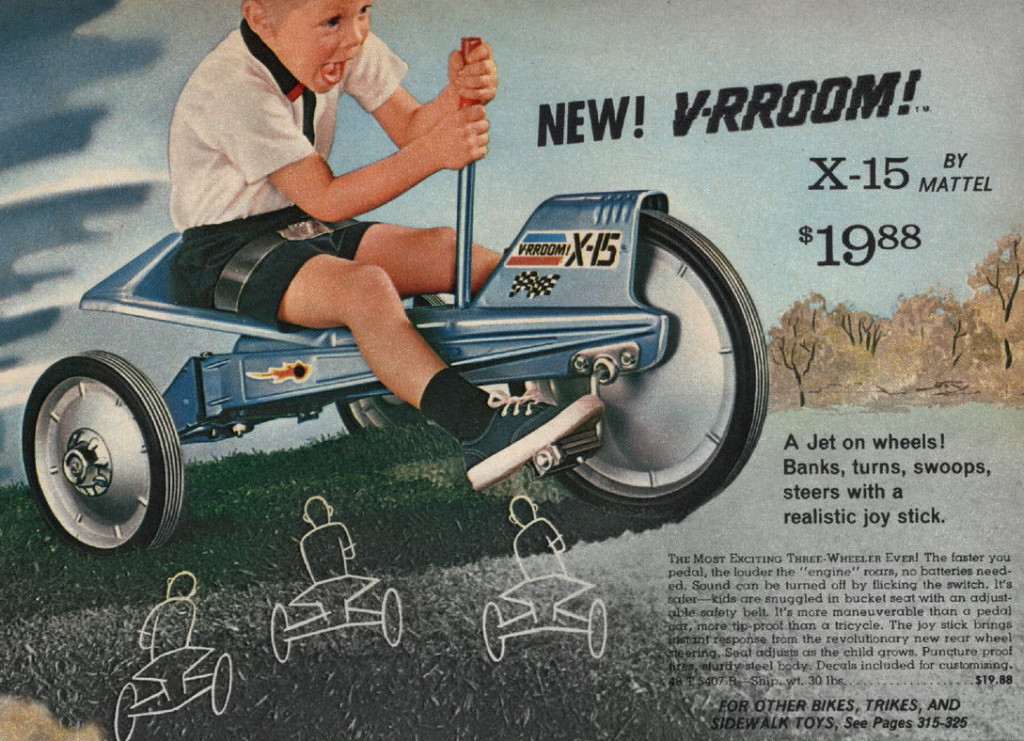 It’s the Mattel V-ROOM! X-15, WOW!!  That kid looks a little more excited riding it than I was in the picture above.  This little contraption was made during the Space and Jet age craze of the 1960s, and promises to be a ‘Jet on wheels’ where one can bank, turn and swoop with the ‘joy stick.’ 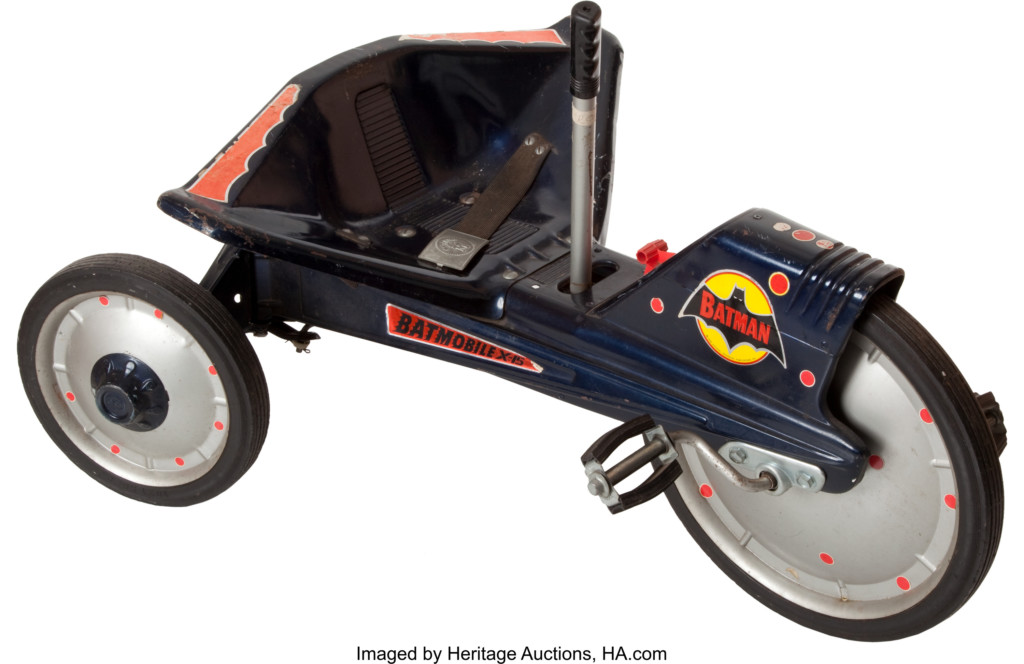 A closer look from Heritage Auctions.  It appears this copy had some extra red dot stickers applied to the front.

That’s it for the Batmobile X-15 Three wheeler from Mattel; hope you enjoyed this 1960s trip down memory lane.