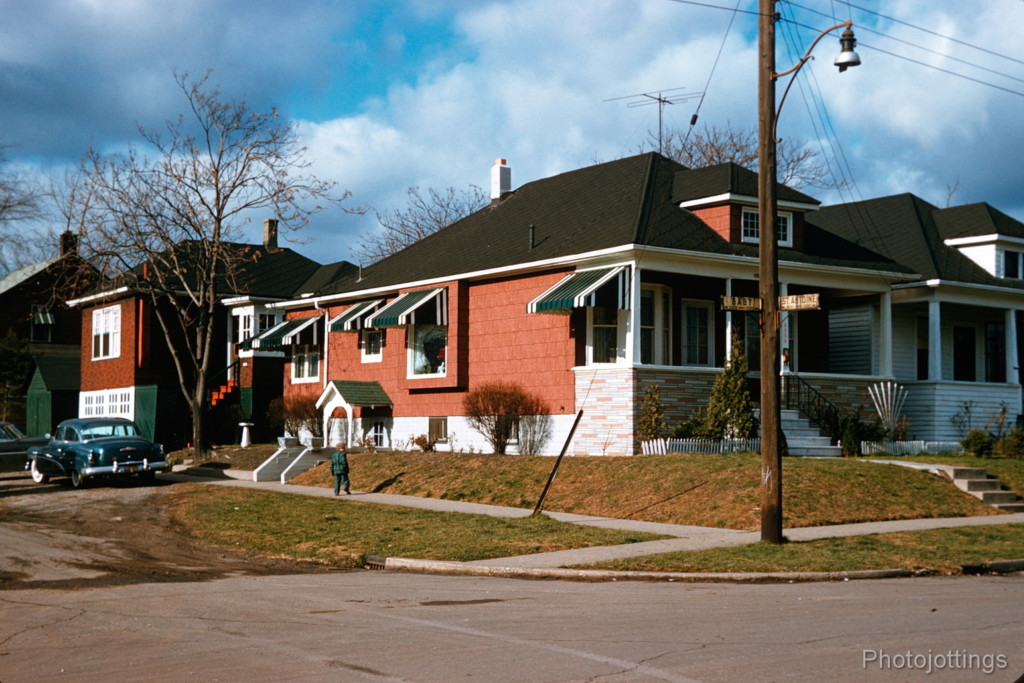 Who lives here now?  It’s on the corner of Baby St and St Antoine in Windsor, Ontario, Canada.  My great Uncle Tommy lived here a long time ago, maybe from the 1940s through the 1960s or so.  He bought a new 1957 Chevy Bel Air when they came out, and took it for a spin for all his friends to see, that’s why it isn’t in the picture, or maybe he sold it by the time the picture was taken.  I think the black car on the left is a 1952 Buick Roadmaster that belonged to my Uncle.  The youngster on the sidewalk is unknown.

My Parents made a random visit here between 1958/60, and my Dad took this Kodachrome shot with this very camera, although I’m not sure why, it doesn’t really exhibit a lot of curb appeal.

The newer version below of the home is from a Google Street view from about 2016.  Almost 60 years has passed since the picture was snapped, and the house still looks pretty darn close to what it did back then!!  It appears as though the Awnings and roofing shingles are still there, as well as the asbestos shingle siding, which apparently are still doing their job after all the years of extreme cold, heat and humidity; great siding, just don’t disturb the stuff. 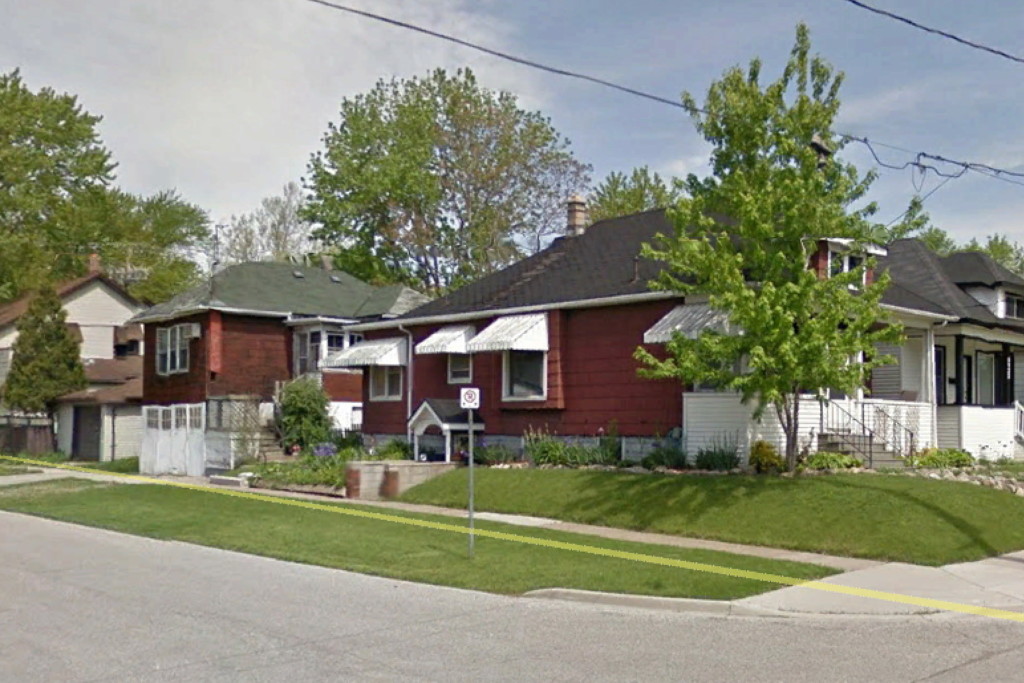