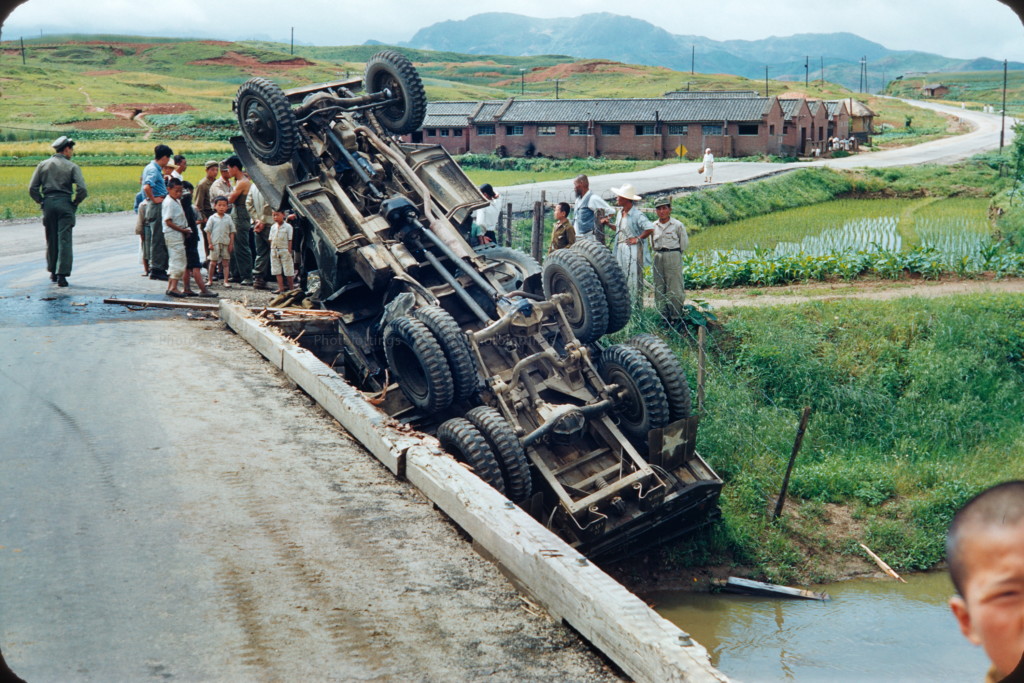 Here’s a snap presumably along (what US servicemen called) US highway 1 in 1952/53, likely near Cheonan, South Korea; unfortunately the exact location has been lost forever.  My Dad took a quick picture after he came across this accident, and said it was being driven by ROK soldiers, who were really pouring the coals to the old deuce and a half.  It looks like they had a little difficulty in navigating the bend in the road.  No word on injuries, but looking at the marks, and the way it rolled over, I would be surprised if they came out with all there extremities still attached.  The US soldier on the  left walking with his back to us was named Victor; name of the little photo bomber in the right lower corner is unknown.

This Kodachrome image was taken with a Canon IVSB (or earlier model) with 50/1.8 lens, and sent to Hawaii for Kodak to develop.  Click image for larger version.