Several readers have asked about options for remote shutters for their Sony cameras. The usual items are; the 25 year old Sony/Minolta corded remote in either .5m or 5m lengths, both fairly expensive for being simple on-off switch type devices, or the remote RMT-DSLR1, which is wireless, but only offers instant or 2 sec release, and has to be fairly close and pointed in the general direction of the camera face to work reliably.  There are other options though, and I’ve listed the products below that I think may work, all are radio controlled and offer a 100m range.  The Pearstone and Vivitar look like identical products, but aren’t fully adjustable.  The Hähnel seems to offer everything you could want, but is the most expensive ($99.50).  There is a Yongnuo remote that looks good too, but it’s not available at the usual photo outlets like B&H photo, you’ll have to try Amazon or going directly to Yongnuo.  I’m guessing if you want the most reliable operation, you’ll have to try the Hähnel or Yongnuo.

I haven’t tried these items, so they won’t be going  in the Recommended gear page, but I’ll try to test one out soon. 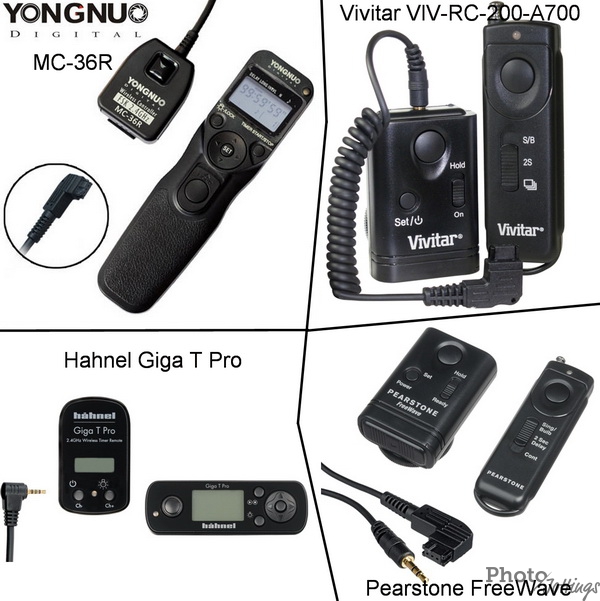