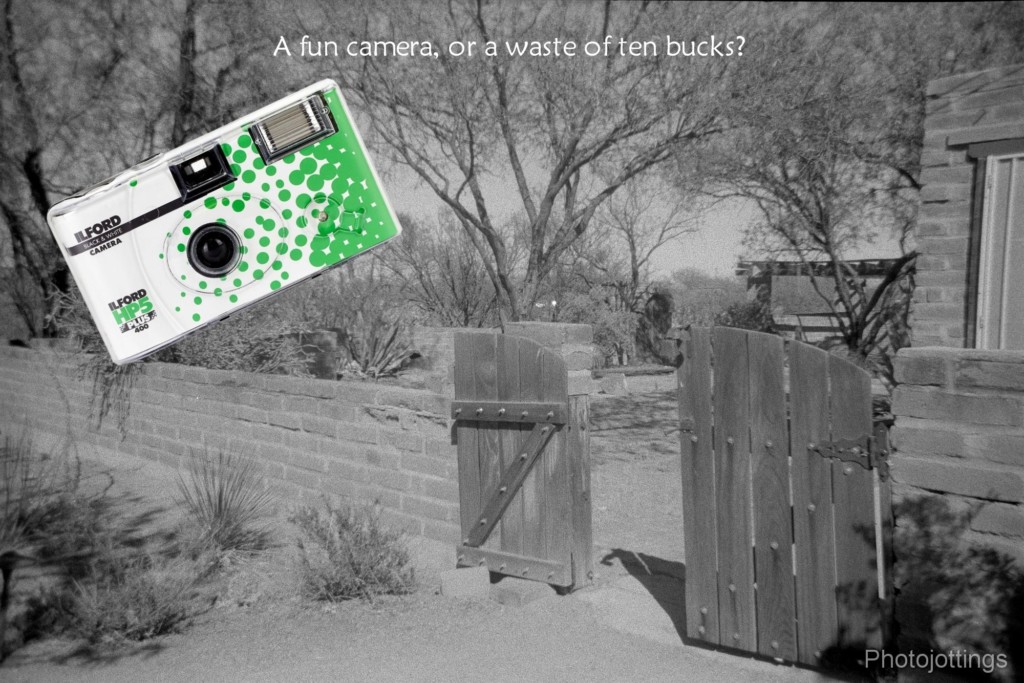 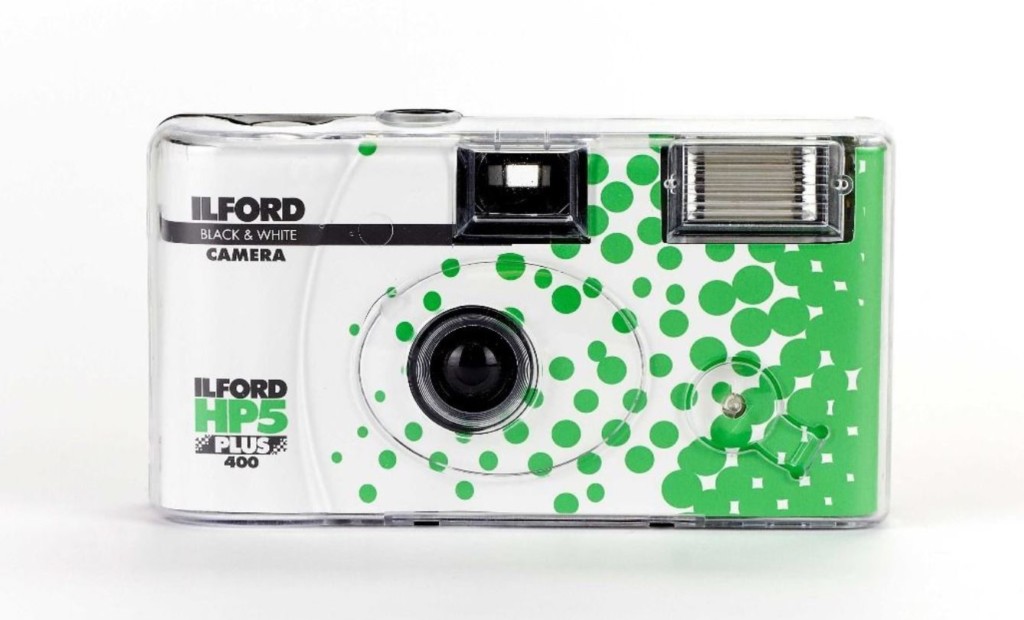 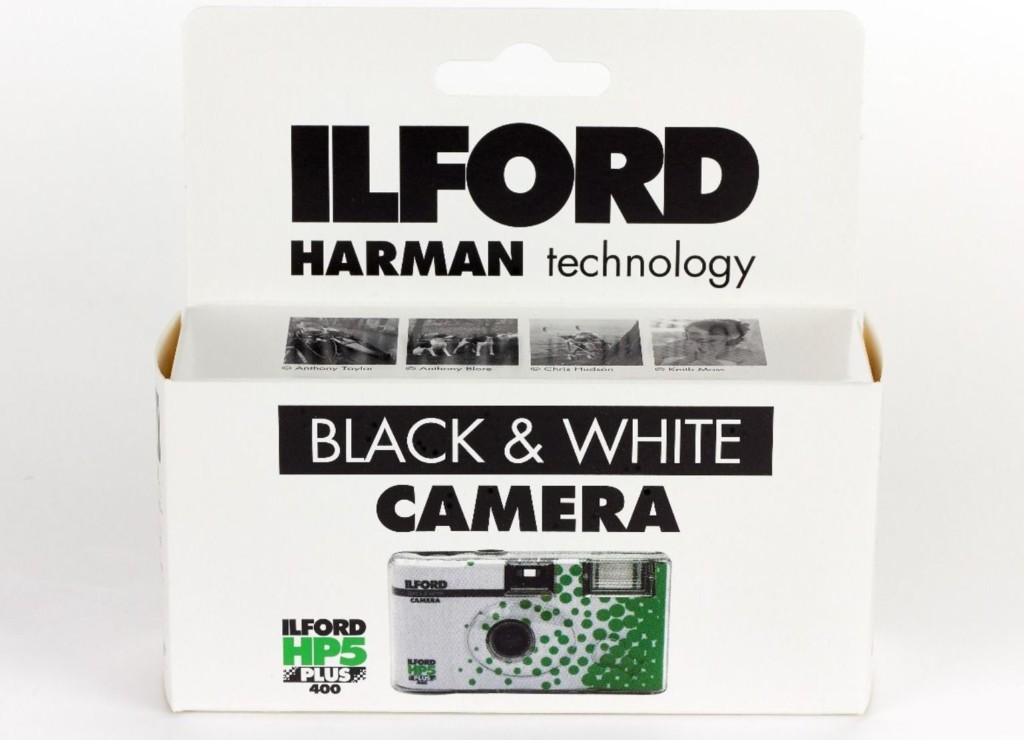 Our review camera today is the ILFORD HP5 Plus 400 single use camera  (B&H Photo, Ebay, Amazon) which comes loaded with ILFORD HP5 400 black and white film.  Apparently this is ILFORDs attempt to enter the ever-dwindling single use camera market currently dominated by Kodak and Fuji; if so, Kodak and Fuji have nothing to worry about.  These simple little film cameras are supposed to appeal to customers that want something different, and fun.  Some folks may have fun with a really cheap quality B&W camera, and some folks will be angry that they wasted ten bucks.  Based on the results I received, I’m among the latter.

Shall we do a quick walk-around of our review camera?

Film type; black and white HP5 Plus 400.  This is somewhat of a ‘classic’ B&W film with noticeable sharp grain, however, I do not care for this film. When I shoot roll film B&W, it’s almost always the very smooth Fuji Acros, or ILFORD Pan F Plus.

Comes in a cardboard box, camera is sealed in a clear plastic wrapper, instructions are on the box.

Number of exposures: ILFORD uses their HP5 Plus 400 film which is marketing by itself as 24 exposures per 35mm cartridge, but loading in a darkroom as they do when making the camera yields 27 images.  You can get 27 images on any roll of 24 as long as you can load the camera yourself in the dark and do not have to advance it to the first shot mark; however, with motorized auto loading cameras, you probably won’t get any more than 25.

Here are some test pictures from negatives scanned using the Nikon Coolscan 9000.

These samples are 2000 pixels wide, and about as good as you get from this camera, larger images do not show more detail. The centers are pretty sharp, but the sides are really soft, and that goes for all the images. The exposures are decent, but for my taste I’d like to see brighter exposures, the shadows don’t show a lot of detail, and this is considered medium contrast film.  The second shot is from a Fuji Quick Snap single use camera with color 400 film, I converted it to B&W for comparison here. I like the Fuji film better, it’s smoother with less softness along the sides. The last two shots show how dark an interior is with bright windows, however, the flash does a good job of lighting this fairly large room up.

Unfortunately, what you see here are the best from the 27 pictures. Most are very blurry around the periphery, even more so than the Fuji and Kodak model reviewed here.  I don’t care for the film, or the quality of the lens from the ILFORD HP5.  I assumed all these disposable camera lenses were basically the same, but apparently not!

Get a camera from ebay for the same price as this one that will accept different film, or one that is about the same size but with much better photo quality.

Bottom line: get a Fuji or Kodak single use camera (B&H Photo, Ebay, Amazon) and convert the images to B&W if that’s the look you want; the quality of both the film and lenses are much better in my opinion.