If you’re bored at work, how about checking out a four page B&H Photo ad from a February 1999 Popular Photography magazine?  During the late 1990s the film industry was still going fairly well, but dark clouds were on the horizon.  As I look through the ads, I’m amazed at the prices they were charging, and apparently getting for some of the higher end camera gear.  Keep in mind these prices have been steeply discounted from high volume retailers; your local camera shop probably charged significantly more than what you see here. The swell, (and nearing the end of its life) Nikon 35Ti is $649, the newer Fuji GA645Wi is $1679, and the old, (and nearing the end of their lives) Fuji GW690III series are around $1250, which is actually much less than I would have guessed.

It’s kinda fun looking through the old Photography magazines once in a while, not just for the ads, but the articles and reviews too.  These pages are courtesy of Google Books which scanned the entire magazine.  Enjoy! 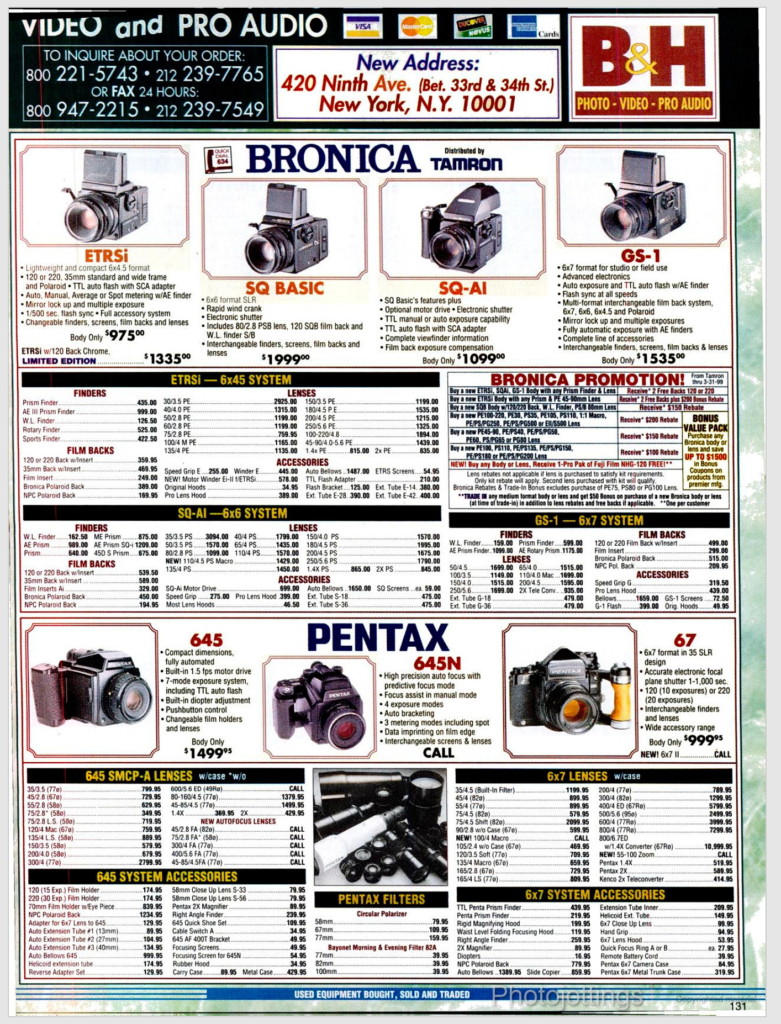 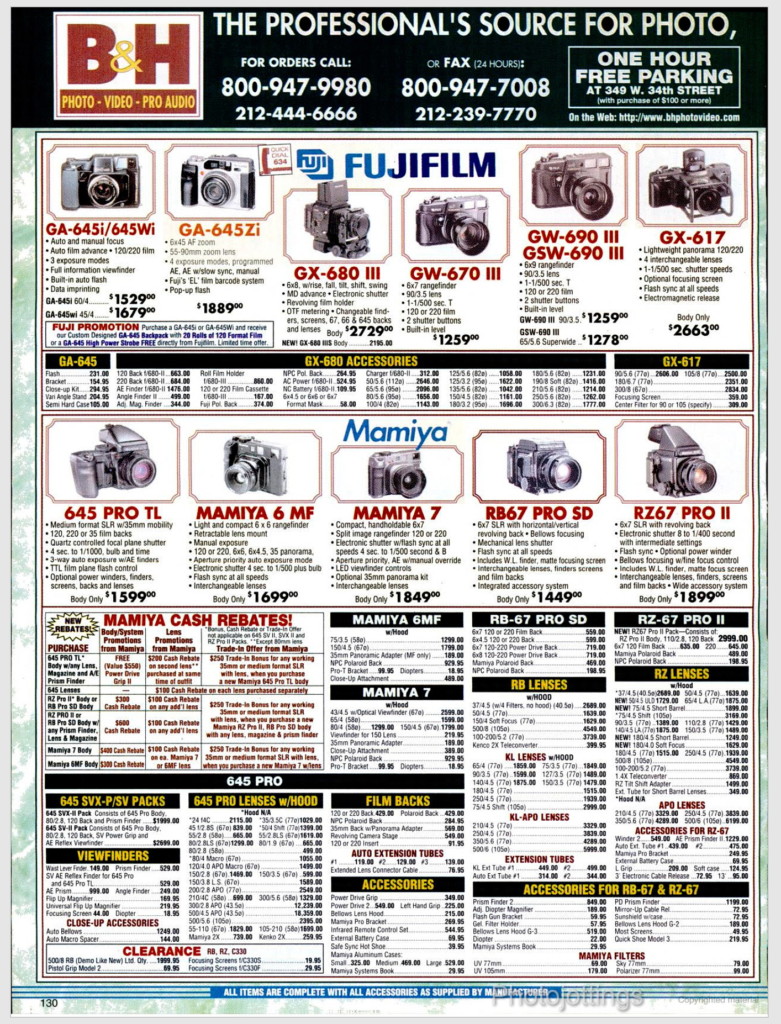 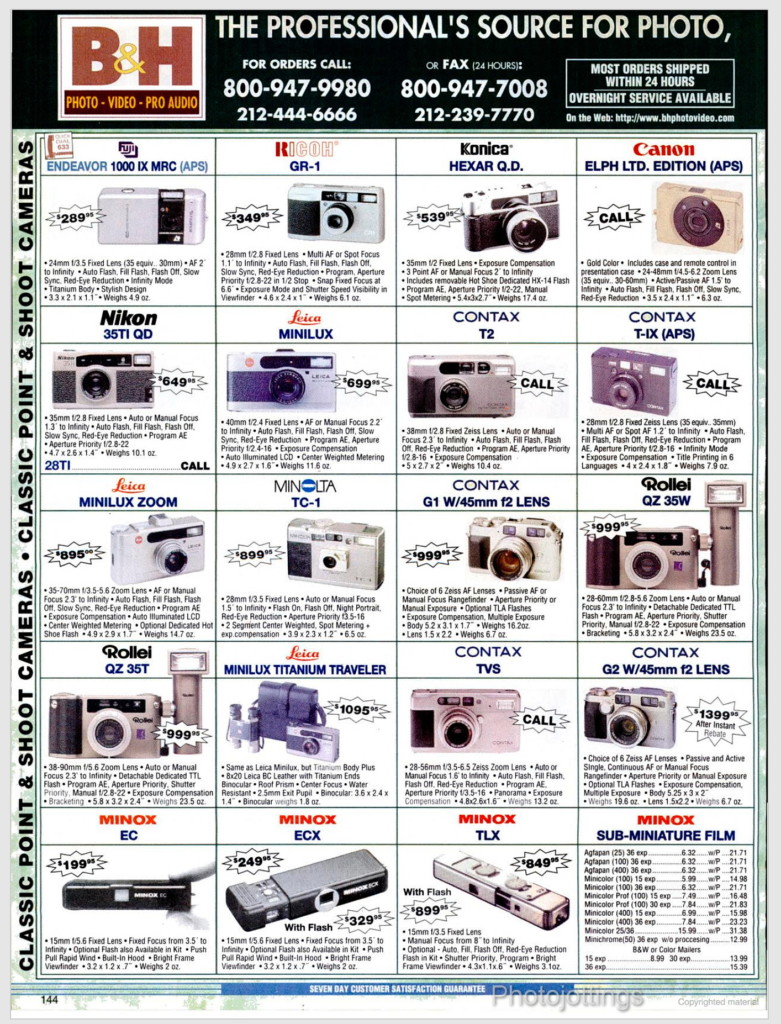 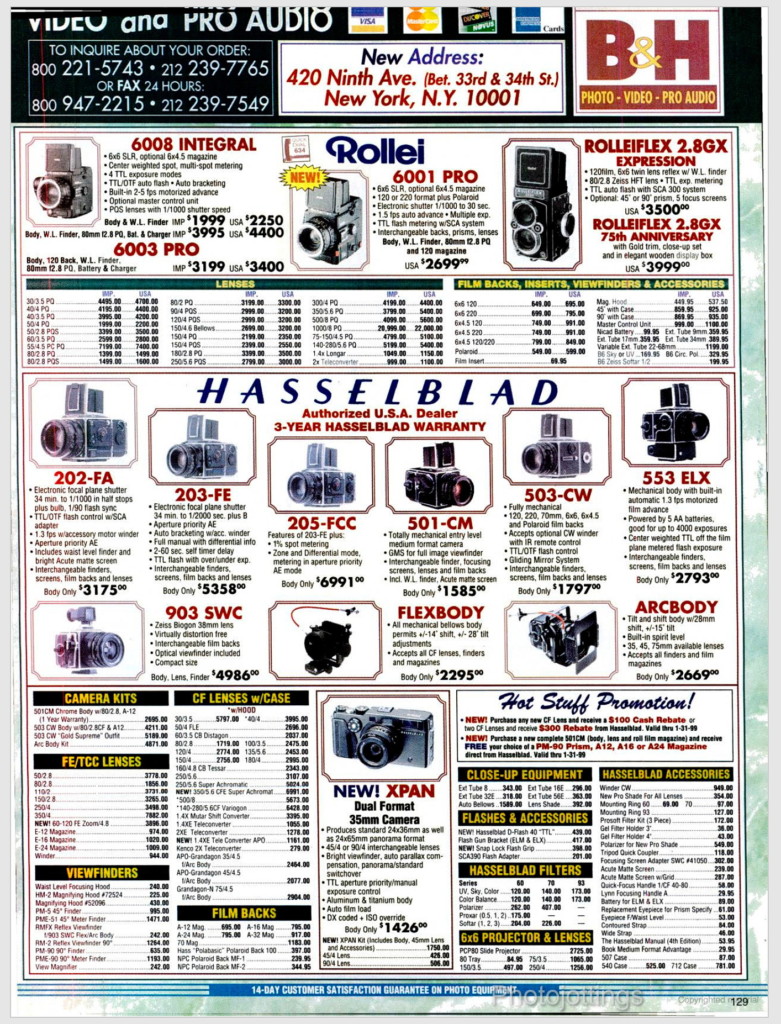