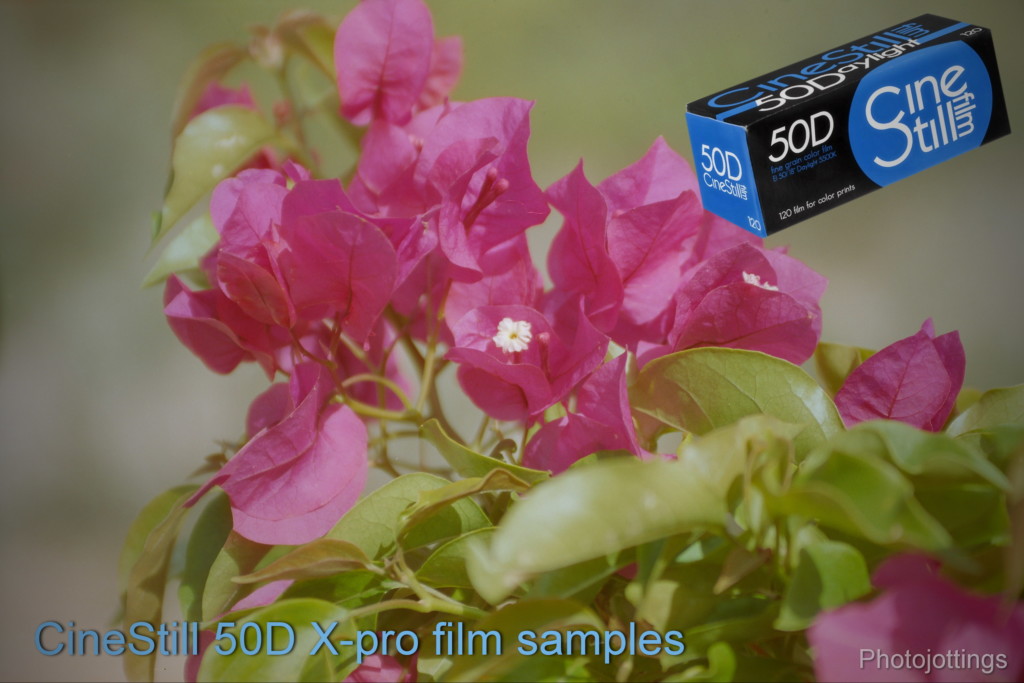 As a follow up to this film, I thought I’d try out a roll of Kodak Vision3 film, sold byCineStill as CineStill 50D when the rem-jet layer is removed.  This removal process adds odd characteristics to the film, like forming red halos and tinged borders around dark to bright transitions; check out the shots below to see what I’m talking about.

CineStill 50D Xpro is actually Kodak Vision3 50D 5203 color negative film, which has a coating called ‘remjet’ for use in motion picture cameras; however, Cinestill has removed the coating so it can be developed in standard color print C-41 chemicals.  Kodak Technical info here.

Kodak touts its Vision3 50D as the worlds finest grain film.  Characteristics include; Fine grain, smooth shadows, (almost like slide film believe it or not), high exposure latitude.  Unfortunately, the CineStill rem-jet removal adds halos and red tinged areas at high contrast edges, although artistic people might actually like/want that look.  Also, the colors are a bit muted, but can be enhanced after scanning.

Our proprietary “Premoval” process makes motion picture film safe to process in standard C-41 photo lab chemicals or at home. This emulsion is optimized for a hybrid workflow, ideal for scanning, and when processed in C-41 chemistry it can be optically printed on RA-4 paper.

All images below were taken with an excellent light metering fully auto 35mm camera, so I didn’t have to worry about shutter speeds.  I shot the film at ISO 32 instead of the rated speed of 50.  There is no DX coding, so my camera automatically defaults to ISO 32, which would be 2/3 stop over ISO 50, not a big deal.  No exposure compensation was used.  Scanned on a Nikon Coolscan 9000 ED.  Pictures are sized at 3000×2000.

The roll I purchased late in 2017 is non-DX coded, so you have to dial in your own ISO rating, or your camera may automatically default to 32, 50 or 100, it depends on the camera; mine sets ISO to 32. The information from CineStill is that 135 cassettes are now DX coded, so I’m guessing all new 135 rolls have this.

The film you get has “Eastman 5203” written on the negative edges along with a bunch of other codes.  The film is very flat, and scans well.  CineStill 50D is pricey at close to $11 per 135 roll.

This post is not a review; I’ve only shot one roll of 135, I just thought I’d show how the roll turned out.

With all the incidentals out of the way, let’s move on to some samples. 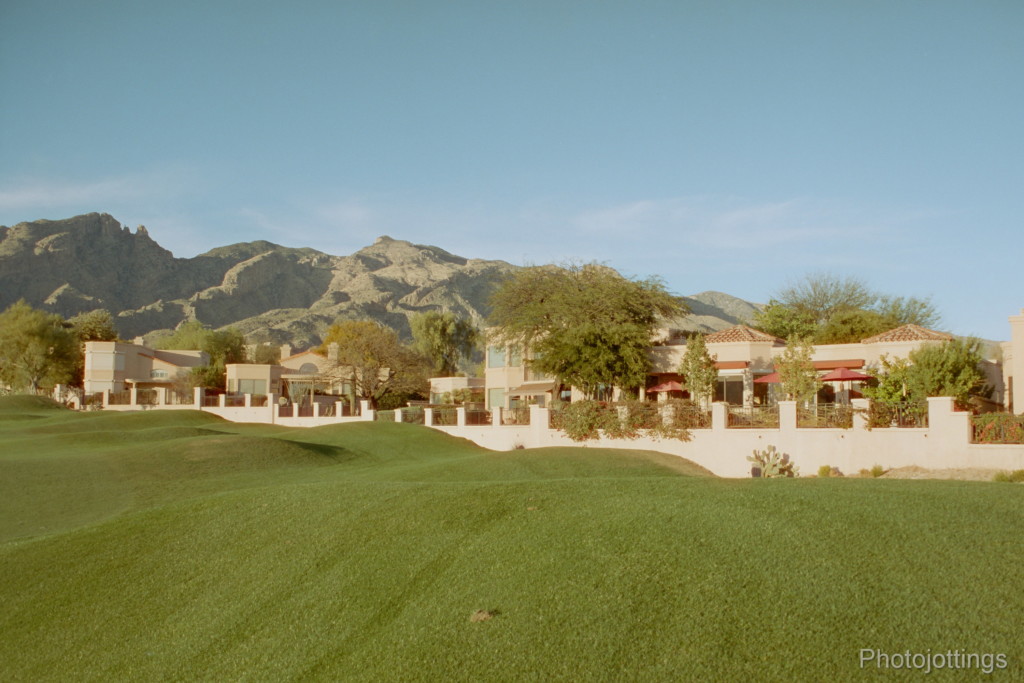 A course that Jack built.  A typically ‘smooth’ look for this film. 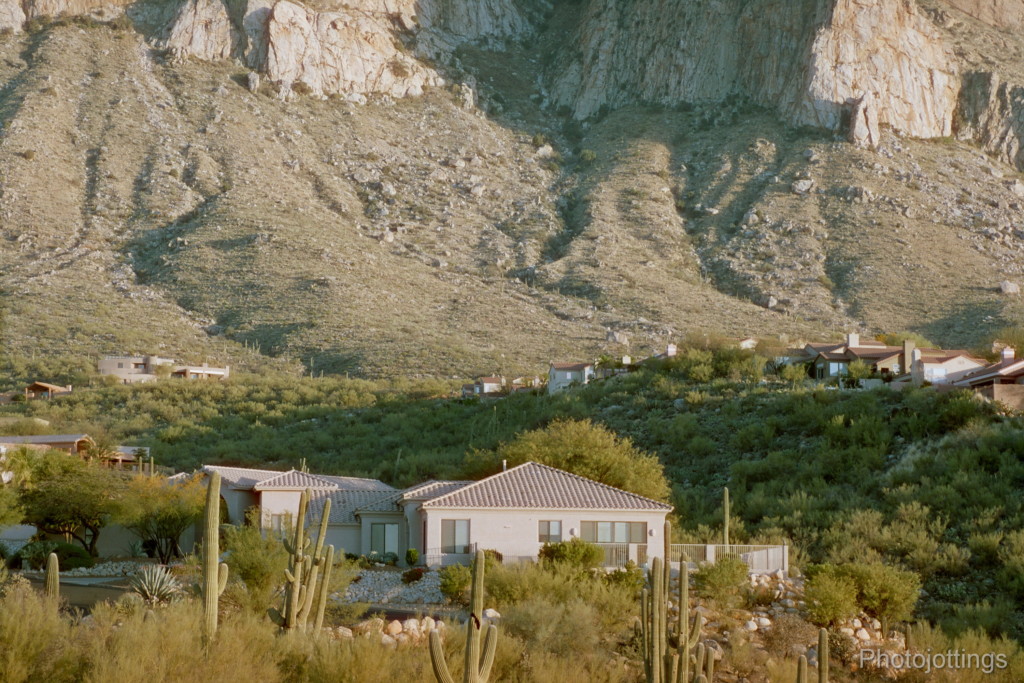 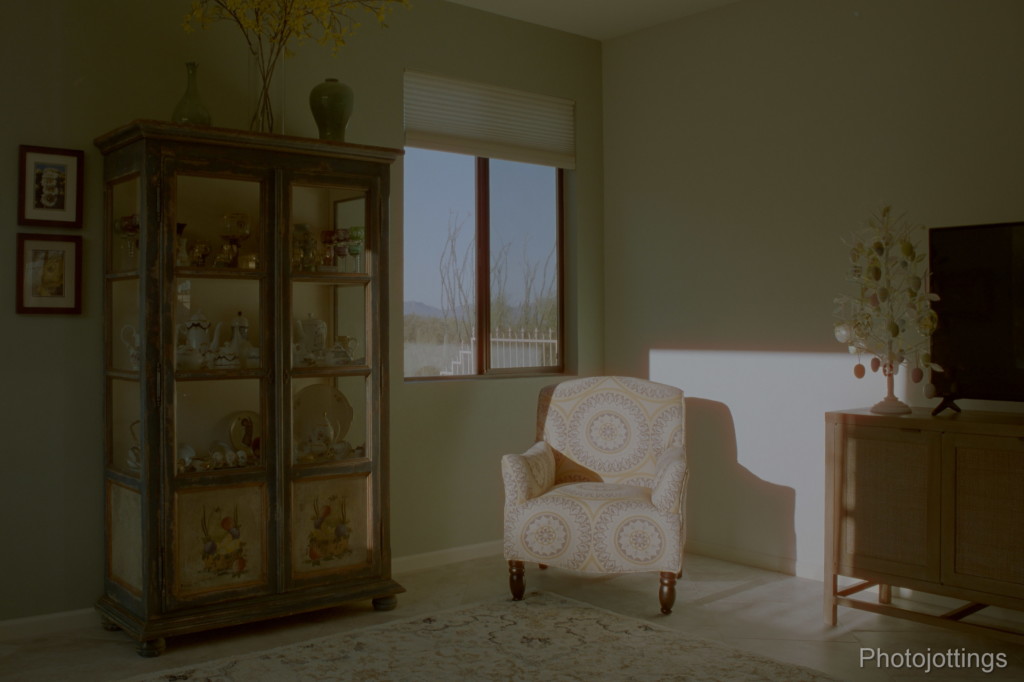 Inside the compound.  See the red tinge around the highlighted wall from the sun.  Notice the smooth under-exposed shadow areas.  This image will respond well to lifting the shadows in post processing. 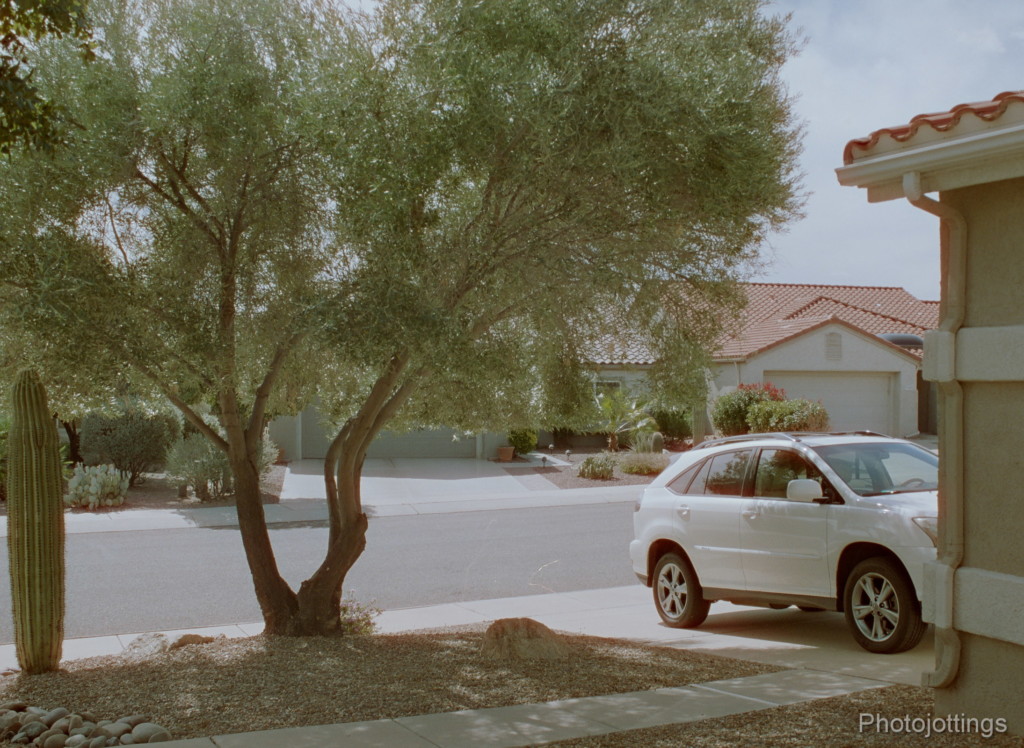 This image is smaller than the others as I had to crop out the door frame on the left side; which took up about a third of the frame.  Darn, I’ll have to remember to look through the viewfinder more often.  Anyhow, more red tinges at the car windows, among other areas. 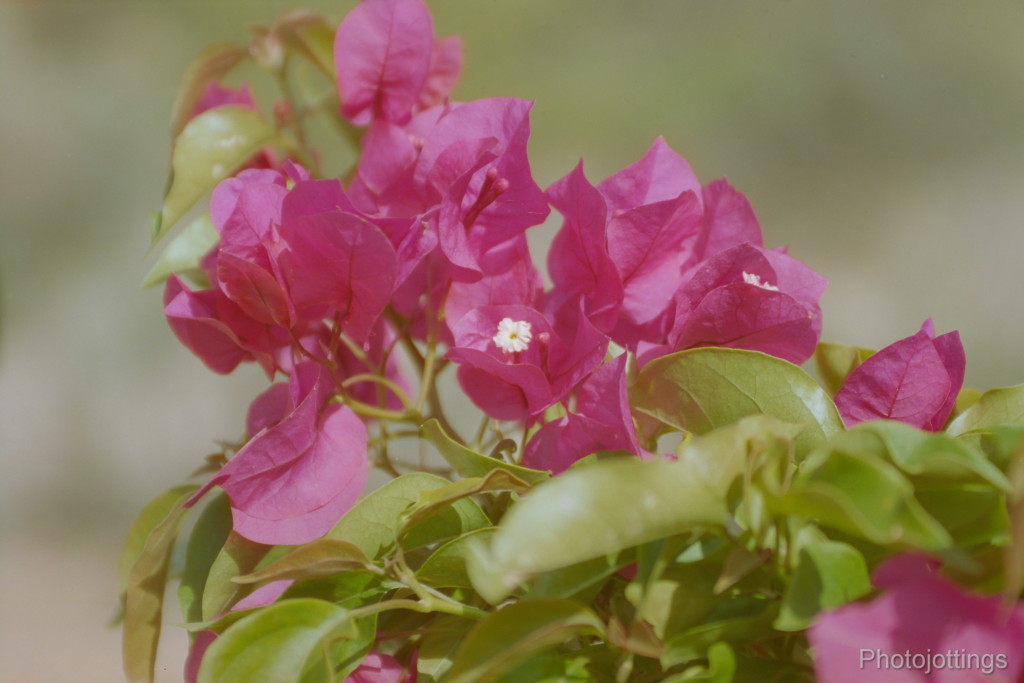 Sunvillea.  A nice fit for CineStill 50D; a pink, low contrast subject.  Depth of field is slim here, so not much is in focus.  Shooting info; I think 110mm, F/5.6 and close focus.

At a quick glance, CineStill 50D looks pretty good; I really like the ‘smoothness’ of the film, especially the shadows, and the colors are good too, but I’d add a little more ‘punch’ to the final print.

That’s it for a cursory look at CineStill 50D daylight film.  Help support the site by getting your goodies, and this film here.  B&H, Amazon, ebay.  Note; current Amazon and ebay prices for this film are way too high, get it at B&H photo.