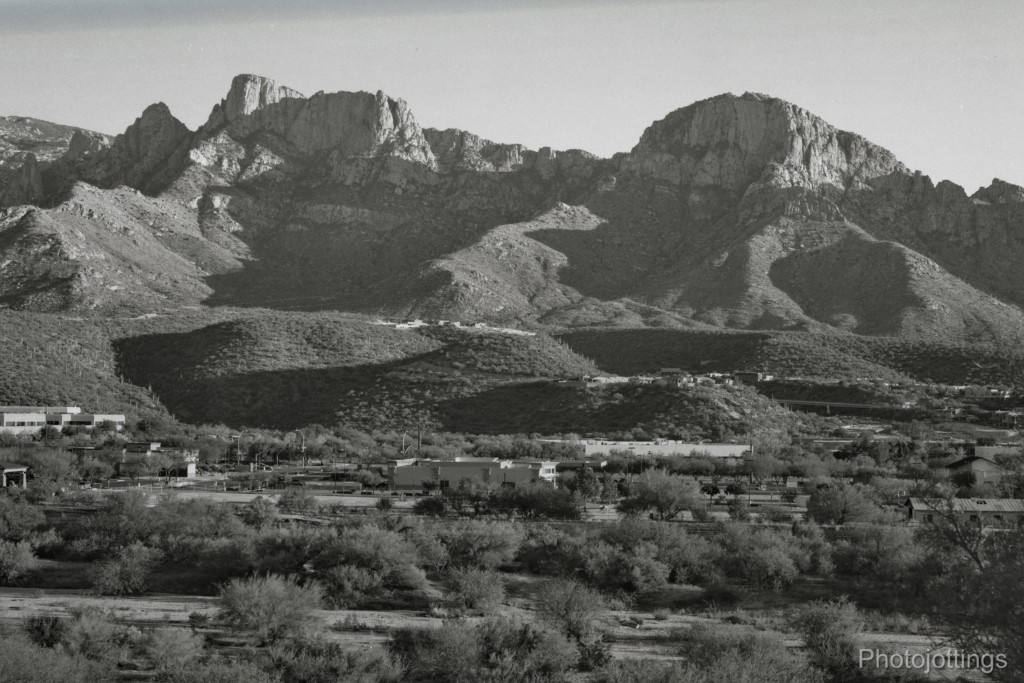 equals a typical digital camera in 2018.  At least in resolution, but ok, maybe not in ease of use.  Click image for large version.

I took this shot while testing a folding pocket Kodak 3A camera out a couple of years ago.  I used Kodak (Verichrome Pan ASA 80) 122 Roll film that expired in 1971, but probably made in 1969, almost 50 years ago!  You get six 3¼” x 5½” pictures on a roll, (the same area as a 4×5!!), and I bracketed the shots so I’d be sure and get a good one, however, that wasn’t really necessary as all the images turned out pretty good.  The shot above was made at F/32, with a one second exposure time.  The sunny 16 rule puts my exposure about four stops longer than normal, and ‘normal’ being about 1/15s at F/32 with ASA 80 film.

I think I used Ilfosol 3 developer around 4-5 minutes in a tank.  It’s expensive to do just one roll at a time, with the film about $25 a roll (a few years ago, now it’s around $50-100 a roll depending on age), and developer, stop bath and fixer about half that, so about $5 a picture; save money and get the kodak combination back and use fresh 8×10 sheet film.  After cutting you’ll get three shots, (which allows small try developing), that’s what I’m doing now, and costs about $3 per shot.

I’ll be doing a review of the Kodak 3A in the near future; it’s quite a camera, especially when you get one with a good lens like the (Zeiss) Kodak Anastigmat, or Tessar types.

The image above was scanned on a Epson V700, which does a pretty good job, but there is more detail in the original.  Unfortunately, I don’t have a good scanner that will accommodate the large 3¼” x 5½” negative.  I could cut it in half, or take a partial using a digital camera and macro lens, but I think I’ll wait and show that in the review.

The resolution in the long expired film negative is about what you’d get with a good 24mp digital camera and top quality prime lens today, not bad for a camera from the silent film era.

Anyhow, just a quick post today, thanks for stopping by.