Beware invading armies; the Kodak is more to be dreaded than a dynamite gun!!

Check out the Kodak advertising supplement that appeared in Harper’s November 1891 magazine edition.  It’s six pages long, and filled with quaint descriptions of scenes from a bygone era.  The timing of the ad in November suggests it was targeting the upcoming Christmas season, but I don’t think gift giving was all the rage back then as it has become in more recent decades, so maybe it’s just a coincidence.

Anyhow, it’s a good read and a neat peek into the dawn of amateur photography; back when there were no automobiles or airplanes.  Kodak was able to claim that during war, ‘a view of the countryside can be had for many miles around, and the movements of the army can be detected long before the action begins.  In this direction, the Kodak may become an instrument ‘more to be dreaded than a dynamite gun.’ 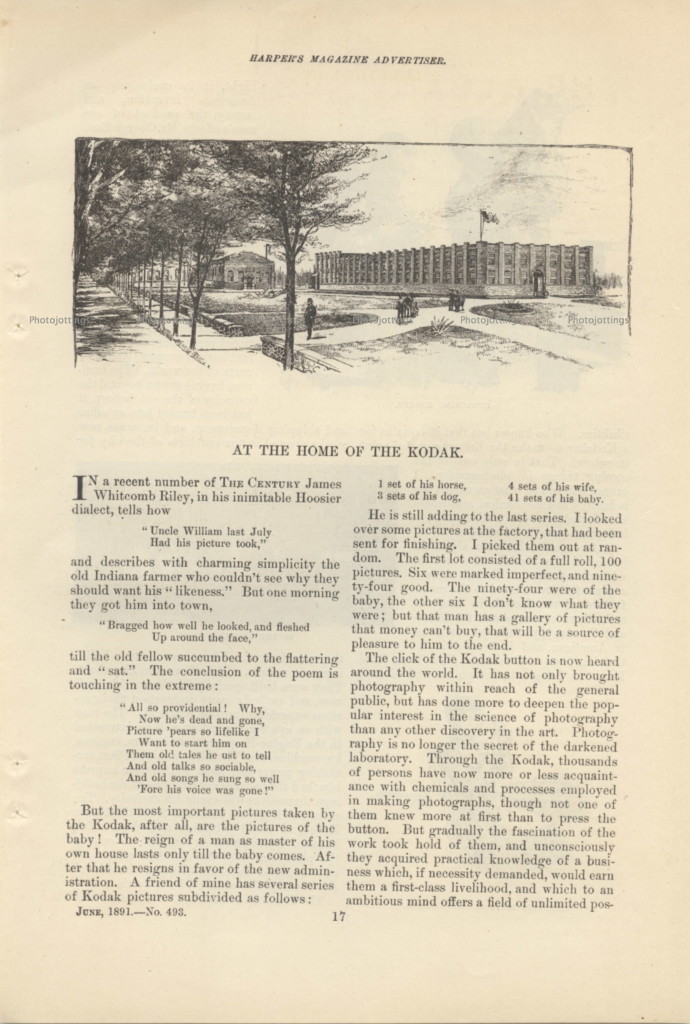 Illustration above depicts kodak park probably around 1890; here’s a 1895 photograph with the same view. 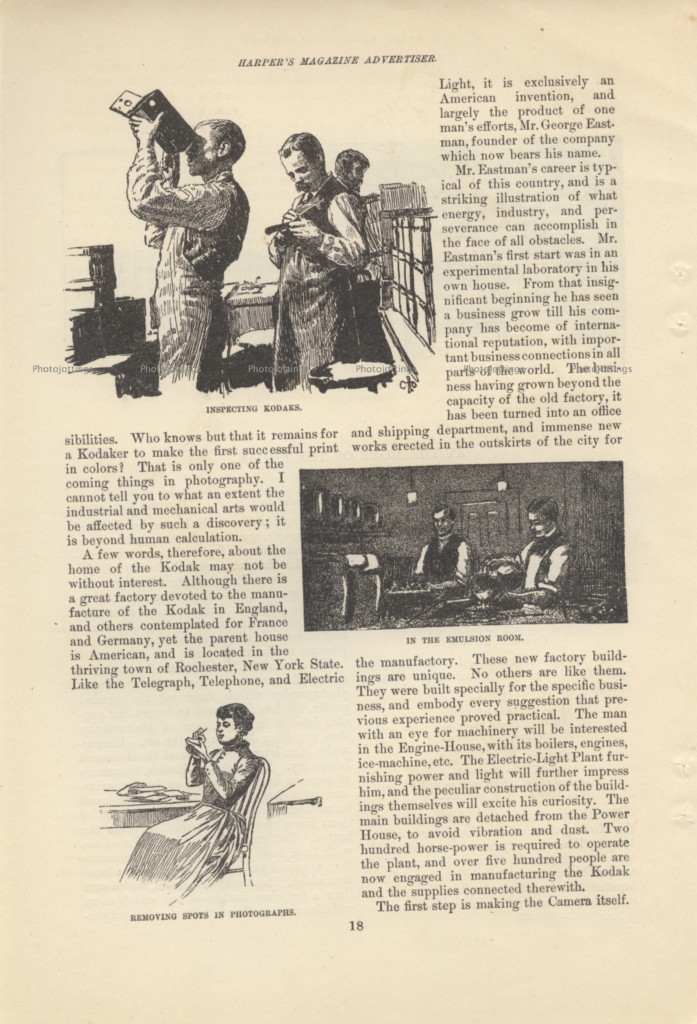 ‘Who knows but that it remains for a Kodaker to make the first successful print in colors…I cannot tell you to what an extent the industrial and mechanical arts would be affected by such a discovery, it is beyond human calculation.’ 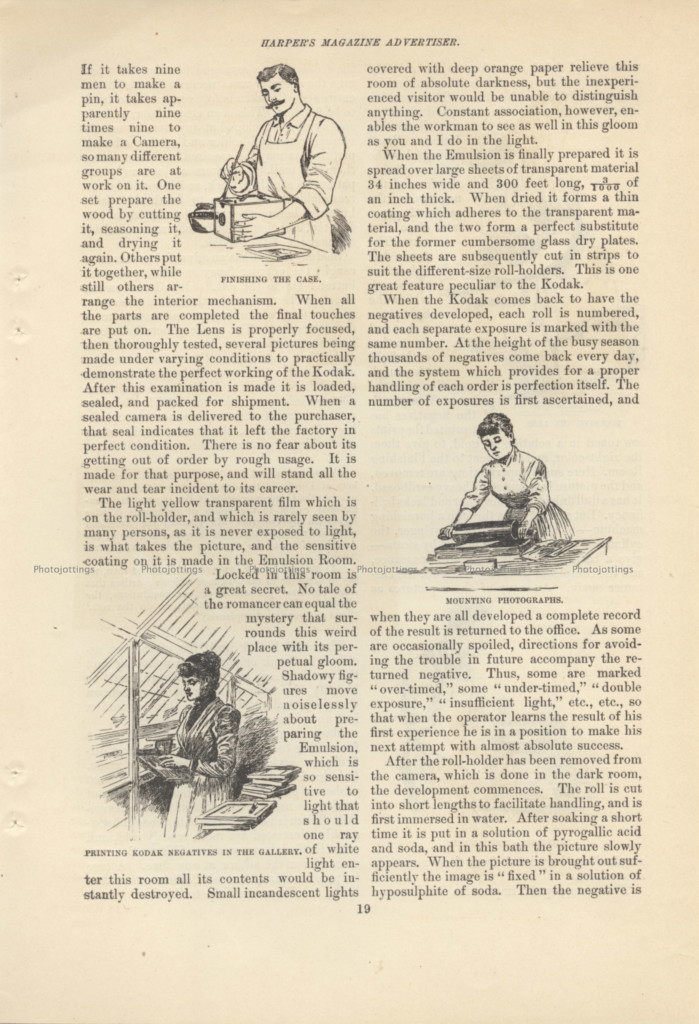 ‘Locked in this room is a  great secret.  No tale of the romancer can equal the mystery that surrounds this weird place with its perpetual gloom.  Shadowy figures move noiselessly about, preparing the emulsion, which is so sensitive to light that should one ray of white light enter this room all its contents would be instantly destroyed.’

Text here says the returned film is cut into short lengths to facilitate handling before developing, but how would you do that without cutting a picture in half?  The answer is that a roller makes two punch marks at the top and bottom of the film inside the camera, allowing a person to cut the film in between the pictures; additionally, the darkroom was dimly illuminated with small incandescent lights covered with a ‘deep orange’ paper, more likely to the red side as this was ortho type, (not sensitive to red), and making it easy to see the punch marks. 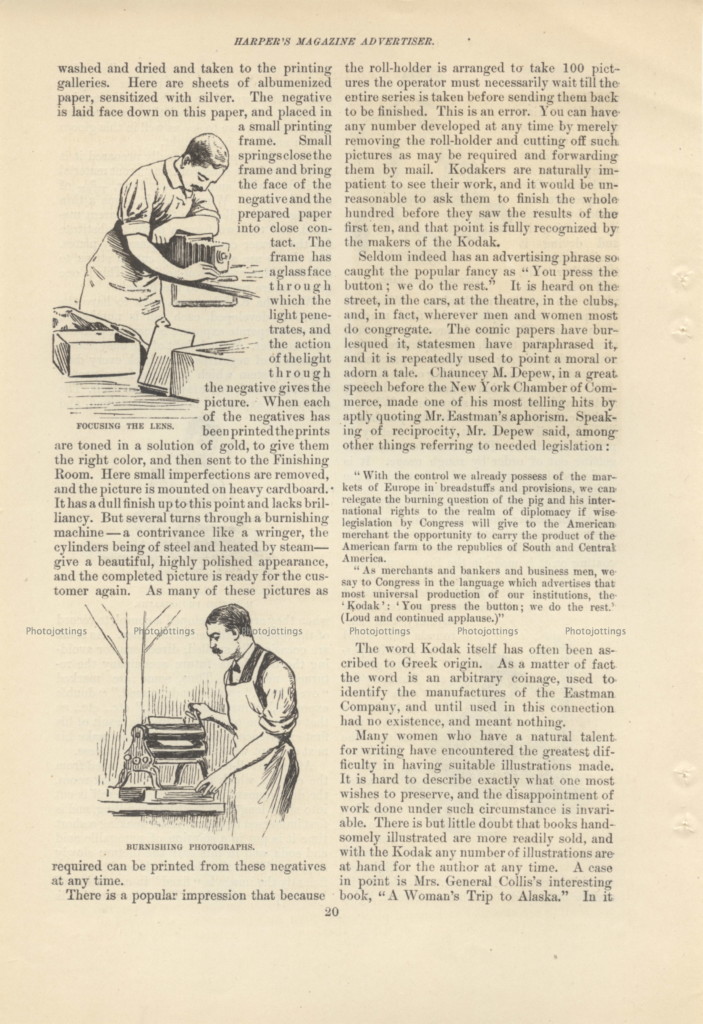 Can’t wait to take the entire 100 picture roll?  Kodak suggests you cut off part of your film roll at any time and send it in for developing. 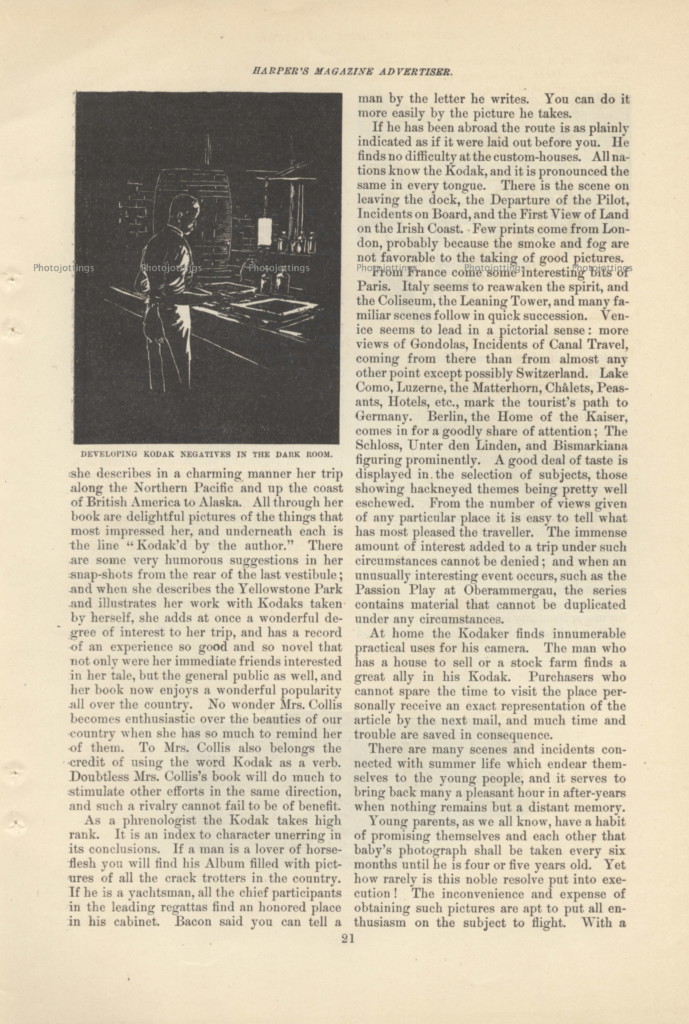 ‘Few prints come from London, probably because the smoke and fog are not favorable to the taking of good pictures.’ 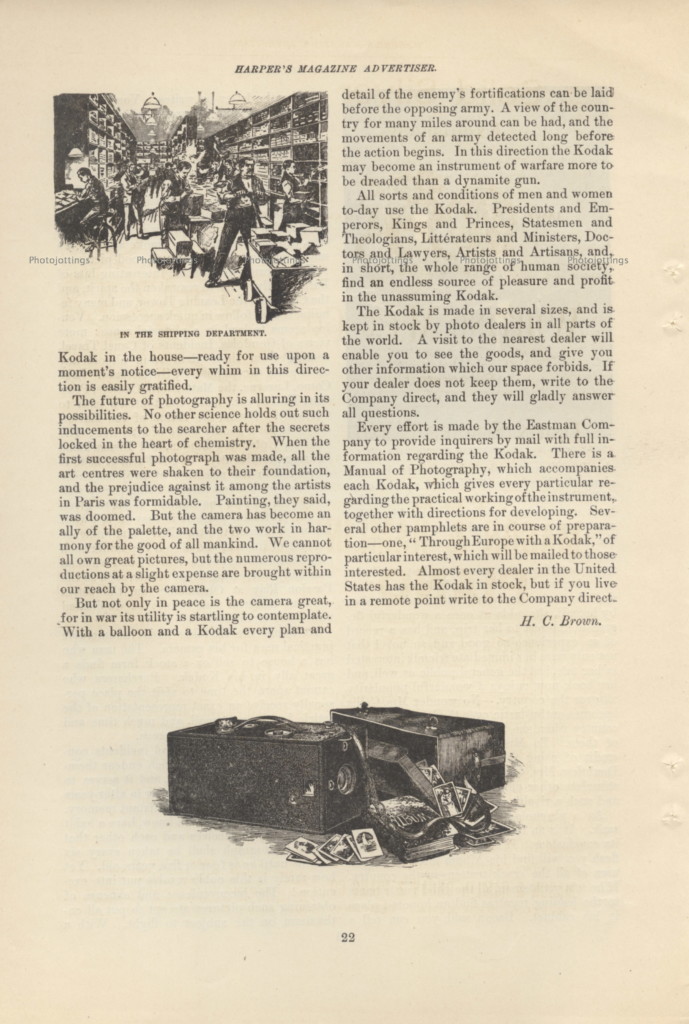 Top right text is where you’ll see  the sentence ‘more to be dreaded than dynamite gun!’

The bottom image shows a No. 4 string set Kodak which was produced somewhere between 1889-1897, and was factory darkroom loaded with either 48 or 100 exposures that made 4×5″ pictures.

I purchased this physical article via ebay for your viewing pleasure, thanks for stopping by.