A quick comparison between 135 and 6x9 film - Photo Jottings

Here’s a quick comparison of the resolution between two excellent fixed lens cameras, the Olympus 35 SP, and the Fuji GW690III.  Both cameras have the same aspect ration, and about the same coverage and depth of field, that’s why this comp will have some value if you want to know the quality you’ll need for large print sizes.  Of course there are other differences between the two films sizes other than just resolution potential, but this is just a quick write up until I dedicate a post to the subject.

Both lenses are widely known to be extremely sharp, and have very similar coverage areas; the Fuji would be about 40-41mm converted to 135 format, so it’s at a slight disadvantage for this comparison.

To sum up the two images quickly; I’m actually surprised at the Olympus 35 SP, it holds up pretty well for having such a small negative, and of course is a much smaller and handier camera.  However, if large prints are you you are looking for, the Fuji really shows much more detail than the Olympus.  The most significant difference as far as I’m concerned between the two is not so much the resolution, but how much cleaner the Fuji is at large sizes; it’s very obvious in the crops.

A big plus for people who only print 8×10″ or smaller is that you can carry a much smaller and less expensive camera like the Olympus 35 SP, and the pictures look the same as a camera with a much larger negative, like the Fuji GW690III.  Just between you and me; I’d rather carry the Oly for most of my photo excursions.

Technical aspects for the comparison:

The time of year is different by about a month, but the time of day is pretty close; you can see this in the foliage and shadows.  The Fuji was taken in March, the Olympus in April. 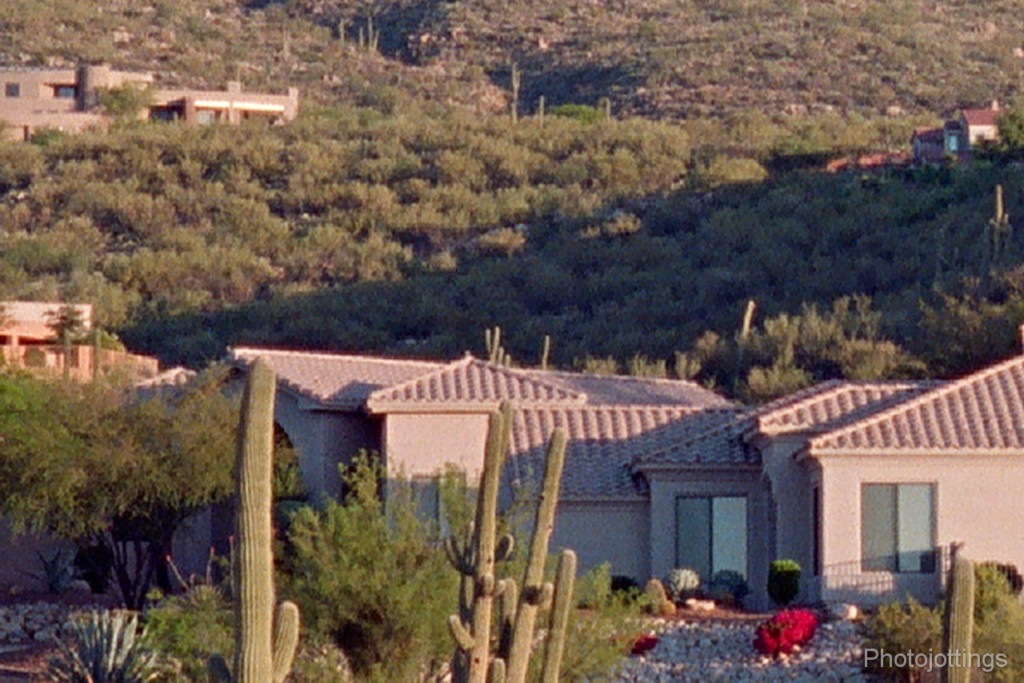 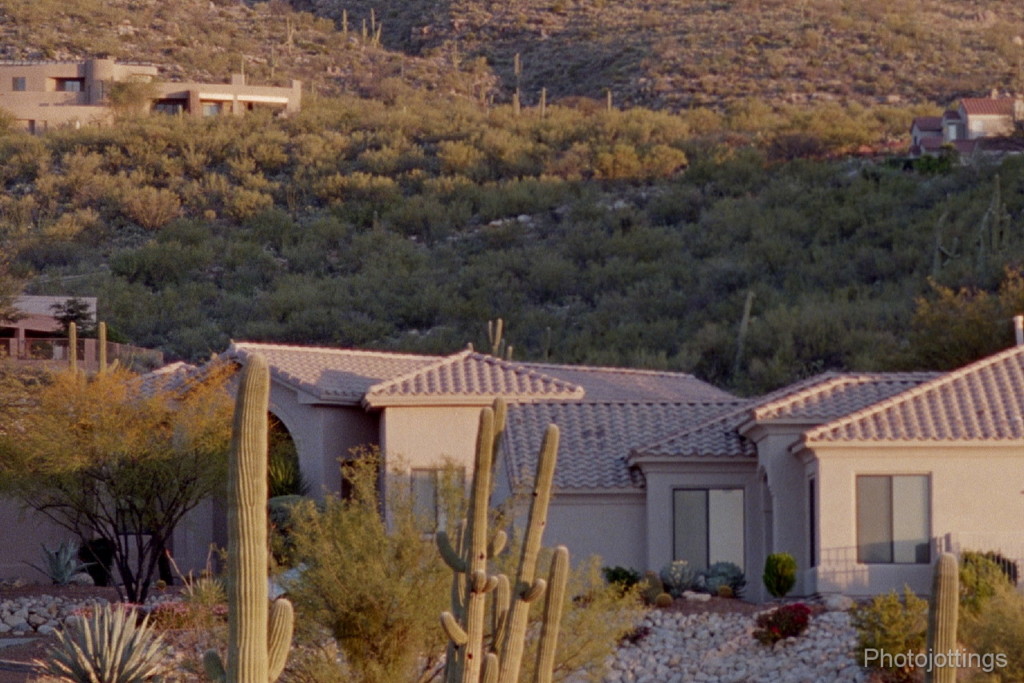 Here are the original files where the crops were taken from. Click for full size images. 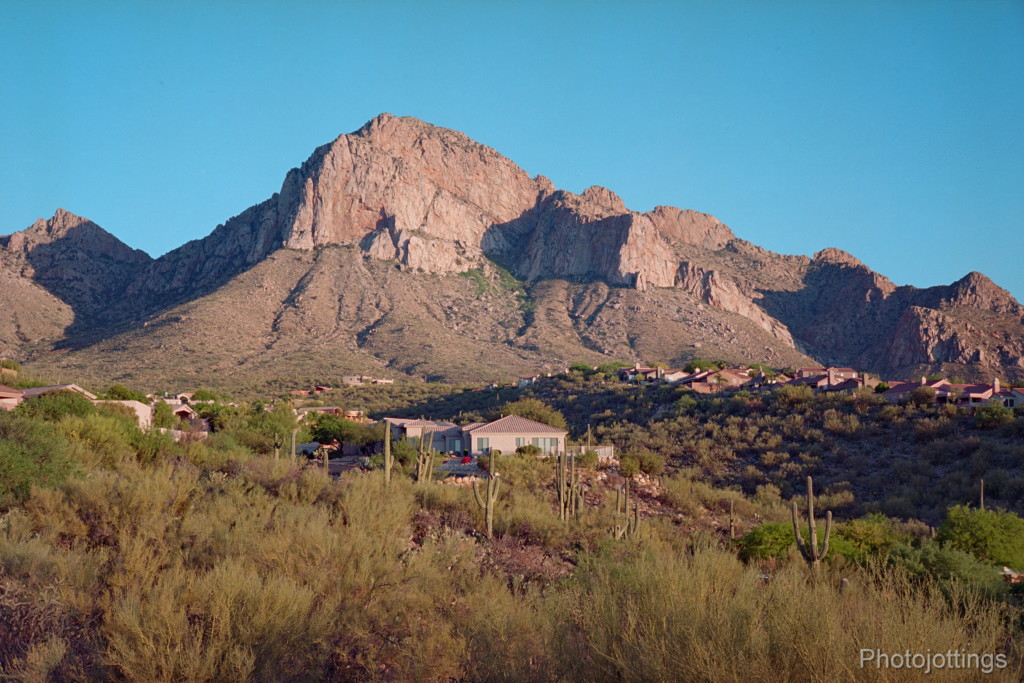 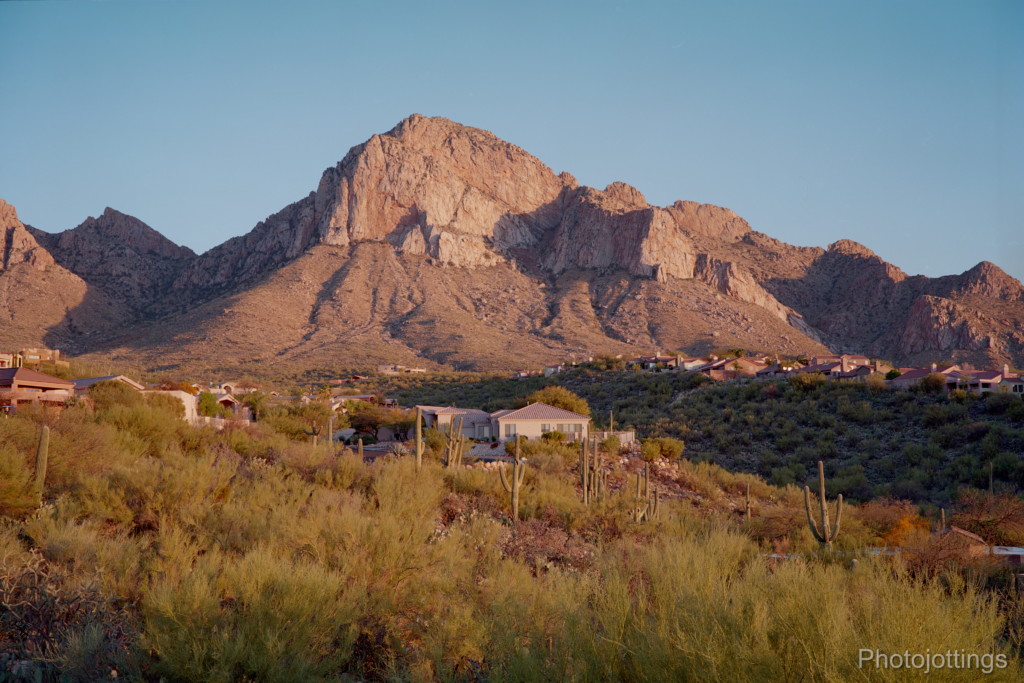 That’s it for this quick comparison!