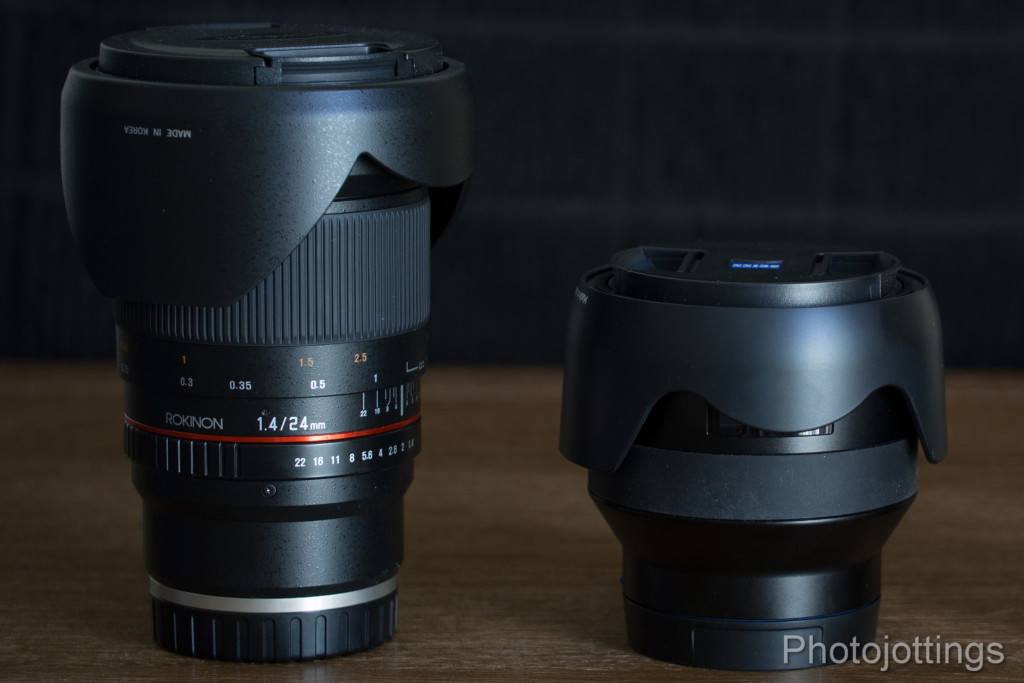 Due note; this is the same scene that I used for the Zeiss 25/2 review, obviously the pictures are nearly the same, however, the Rokinon set was taken first, and with a little more sunshine appearing at that time, so they are a little brighter, although I used the same exposure settings for each lens, and exposed for the shadows.

Here is a resolution set to check out before the full review is ready; directly below are the full size versions, and then the comparison crops.  The bottom yellow flowering Palo Verde trees are not within the depth of field at wide apertures, so don’t pay any attention to that part of the image for this test.

Camera used: Sony A7R, RAW and  converted to jpegs.  Please note: mobile devices most likely will not show the full quality of the images.

Obvious here is the better contrast on the Zeiss at all apertures, but the Rokinon is not too far off in overall resolution, at least not as much as I would have initially thought.

The Zeiss is a clear winner at the mid-sections in both contrast and resolution.

The corners on the Rikonon look pretty good in the side-by-side comparison, but the Ziess still has more contrast at all apertures.

Note: this lens is made for a traditional mirror type DSLR such as Canon or Nikon, they simply added an extension to the base for this Sony ‘e’ mount version. My copy of the Rokinon has an optical alignment issue, meaning it is soft along the left side at wide apertures, and sharp on the right; possibly the base extension is adding to other problems as well. Unfortunately, Rokinon still has troubles with their quality control, and I’m tired of requesting multiple copies and wasting my time with testing etc. For this reason I would never buy, or recommend their products unless you get them from a dealer that will either send you another copy, or refund your money. Fortunately, B&H Photo is great about this!  incidentally, I probably return half the lenses I buy from them as they may not really meet my needs after all, or I decide I just don’t want them.