Sigma 30mm F/1.4 EX DC Review - Photo Jottings
Here’s a brief look at the Sigma 30mm F/1.4 EX DC.  Scroll down for the review.
Requisite product shots.
All testing done with the Sony A700.  For a better understanding of the terms and methods used for this review, go here.

The Sigma 30mm F/1.4 EX DC (made in Japan) is made to be used on an APS-C body only, and will produce massive dark corners if used on a full frame camera.  This 30mm lens has an angle of view similar to a 50mm lens on a full frame 35mm type camera, and is an attempt by Sigma to capture a market share in this focal length and speed that Sony (and many other brands) seem to ignore.  This would be a good lens for hand-held, available light shooting, (although a much better lens would be the Sony DT 35/1.8).  Sigma claims the use of two “ED” glass elements and one aspherical element in the construction of the lens.  Box contents include a petal type plastic hood, and a nicely padded black carrying case.  Sigma advertises this lens as having “HSM” or hyper-sonic motor.  The Sony version of this Sigma lens has no “HSM” which is the same as Sony’s SSM, or in-the-lens focusing motor. As a result of this omission, the Sony version is about 3.5oz (100g) lighter than the spec sheet states from Sigma.

Build quality is good.  Fit, finish and overall feel are the same as other Sigma lenses.  It has a dull, sparkly, dirt-look black finish that I hate, but that doesn’t matter as far as quality is concerned.  The lens has a focus distance scale with ft and m using white numbers along the focus ring.  There is also a gold band towards the end of the barrel, which Sigma says is a mark of superior build and optical quality.  This is a marketing gimmick, and especially egregious to Minolta users, as some Minolta “G” lenses used to have the same gold type band in the same place.
Focusing.  This lens has a fairly short focus throw, and results in speedy auto-focus operation.  It also seems accurate for the most part, but tended to focus slightly behind the subject at close to medium distances, (only a problem at F/1.4), but was right on at the infinity mark.  The lens focuses by extending the front inner section, but that doesn’t add to the overall length, see pictures above.  There’s a little slop in the focus ring if you wiggle it while engaged in auto-focus mode, that’s no big deal though.  Manually, the focus ring is not dampened enough for my taste, but I don’t use manual focus much anyways.  When going through the entire focus range, you’ll rotate the ring a 1/4 turn.  The focus ring turns in auto-focus mode.
The lens is multi-coated and resists flare and ghosting with above average results, and similar to other primes in this range.  Sometimes green and magenta diffused looking blobs show up depending on background content and color, but overall it has good control.  I see no hard ghosts at any angle or aperture.  Veiling glare is shows up when the sun is close to the image, about the same as other lenses with this basic focal length.  In the box you’ll also get a plastic “DiaPetal” hood which means it has two different shaped “petals” across from each other, see photo above.  As usual, the hood really doesn’t do any good, so use you hand to block the sun or other bright lights if possible.
Filter size is 62mm.  Sony uses this size on the; CZ 16-80mm, 16-105mm, 18-250mm, 18-200mm, 24-105mm, and the 70-300mm G.
Normal filters, cause no additional vignetting.
Coma.  A moderate amount at F/1.4, almost nothing at F/2.  See sample crops below.
Color looks similar to Sony lenses.
Bokeh is smooth, though it can look busy, especially as you go towards the edges of the frame.  The results are much the same as the Sony 50mm F/1.4.  See samples crops below.
Color fringing.   There is axial color fringing wide open, but lessens greatly by F/2, and is gone past F/4.  Lateral color fringing, which occurs along the sides of the image is controlled very well, and is above average in my opinion.
Random shots below.

The top left shot shows the absence of flare and ghosts when the sun is in the image.  Occasionally you see a couple of diffused green and magenta blobs, but depending on background content, they may not show up much, if at all.  The right shot shows the sun dead center, with no rings or flares.  Very good control of flare and ghosting.  The shots above show the results of the eight bladed aperture; eight pointed sun stars, which aren’t nearly as exciting as 14-16 pointed stars from a 7-9 bladed aperture.  Oh well.

The middle crops show bokeh.  Out of focus background highlights look smooth, but can look a little busy as you move away from the center.  Bokeh slightly degrades with foreground blur.

The bottom row shows coma.  Wide open at F/1.4, there is moderate coma, but just one stop down and it’s nearly gone.

The image above shows moderate bulging, or barrel distortion.  It has a nice even arc, and would be easy to straighten out in photo editing software.

Light fall-off or corner darkening is mild to moderate at F/1.4-F/2.  It falls off from the corners quickly in the image, but hardly shows in normal pictures. 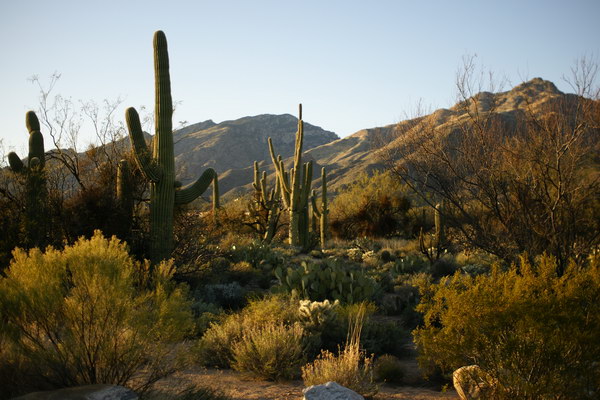 The corners don’t look too good, even at F/8.  There’s a huge difference in sharpness and contrast as compared to the centers.  I threw in a center shot at F/5.6 to show you how big the difference is.  I left F/16 out as it begins to soften.  The results here are bad for a prime lens.

How sharp are the centers if the images are enlarged to a staggering size?

Center sample results.
Judging by the crops above, F/1.4 shows a fair amount of veiling haze and color fringing, but those awful things nearly disappear just one stop down.  Maximum sharpness seems to be in the area of F/2.8 to F/8 when looking at real pictures.  There’s no gain in center sharpness by stopping down past F/2.8-F/4, though things still look sharp at F/11, then F/16 softens due to diffraction.  Here’s some bad news though; the very centers are sharp as stated above, but the image periphery is very soft, especially at apertures wider than F/2.8.  Almost half the frame is soft at F/1.4-F/2.  The above crops were taken at dead center and focused at infinity.
Close focus sample.
Below, check out the close focus shot, a 100% cropped portion of the full image.  The sample shot was taken with the Sony A 700 12.2mp camera.  The subject is a standard US stamp, 1″x 3/4″ or 25.4mm x 19mm.  Also, note the macro shot was taken as close to the subject as focusing allowed; In this case, 10.4″ or 264mm, measured from the front of the lens barrel to the subject.
This close focus stamp shot is very small, and has a rather poor reproduction size of 0.10x.  For the best test chart shots, use F/5.6-F/8.  It’s really hard to tell in the image above, I could’ve used F/2.8 and nobody would have noticed, as I had to flip through all the sample images carefully just to be able to tell the difference.
My final thoughts.
This Sigma 30mm F/1.4 EX DC is marketed at cropped sensor camera owners wanting the same basic view as a 50mm lens has on a full frame camera, and a fast aperture (F/1.4), typical for a “normal” prime lens.  This lens has the equivalent view of 45mm on a Sony APS-C camera.  It’s noticeably a little wider than a 50mm lens on a full frame camera, so the focal length is not exaggerated, or off.
The sigma lens has a couple of good traits though, one of which is good control of lateral color fringing, and the other is the high center sharpness at F/2 and beyond.
Unfortunately, there are a few big downers.  The biggest downer is the soft areas along the periphery of the image at F/1.4-F/5.6, sometimes covering almost half the frame at wide aperture settings, and those settings (F/1.4-F/2) are probably the reason why you’re thinking of buying this lens.  The corners look bad unless stopped down to F/11.  Granted, you don’t buy this lens for sharp corners, especially when using wide apertures, but it should perform better.  There is also one more item to note; the lens doesn’t seem to stop down correctly at F/11-F/16, and causes about 2/3 of a stop underexposure at those apertures.  It looks like the aperture may not be closing down incrementally as it should.  I don’t know if this is a quality control problem, or inherent in the design.
Thankfully, I don’t own this lens, so I’m not compelled to send it back and have it checked out.  If you absolutely have to have this focal length and fast aperture, go ahead and gamble.  With a street price of $489, I’d look at something else, especially if my copy passed Sigma’s quality control standards.  If you can get by using a slightly longer focal length, buy the much better, and cheaper Sony 35mm F/1.8.