Check out this nearly one hundred year old 8×10 glass plate negative with absolutely stunning detail!  This 1922 image may have been taken to celebrate the 20th anniversary of the 1902 Cadillac, and the fact that it was still running!  Looks like they need some air in the tires though if they want to continue ‘running’ it.  Also included is a 1904 Cadillac, and it too is still running!  Click for a larger version at 9000 pixels wide. Mobile devices will probably not show the full resolution.

This 8×10″ glass plate negative was taken in c.1922, at 1000 Van Ness ave, San Francisco, California.  The image derives from the Wyland Stanley collection of San Francisco historical memorabilia; the entire collection was later purchased by Marilyn Blaisdell in the late 1970s.  I purchased this item via ebay, and scanned it with an Epson V700.

I can hear the Photographer setting things up, and yelling out “Office Ladies to the right please, Managers take the driver’s seats, and all others, (lead paint stained workers) in the middle.”  Oddly, I see many of the employees in overalls are wearing neckties; maybe Don Lee had a high standard of dress for all employees to make sure and impress the customers. Incidentally, I have a picture of Don Lee, but I don’t believe he’s in this photo.  Other interesting details include painters hats advertising “Pioneer” White Lead Paint; how’d you like to work with that all day for years on end; and by the looks of some of the employees, they might already be having problems.

The photographer is unknown, but they obviously had good equipment and were knowledgeable in their trade.  Just for fun let’s try and guess the set-up for the picture: the shutter speed seems fairly quick, maybe about 1/4 to 1 second judging by the hand waving.  A ‘normal’ lens for an 8×10″ camera is around 300mm, (similar to a 50mm is 135 format), and the coverage area seems about right for that, or maybe longer.  The depth of field looks rather expansive, so I’d say the lens was stopped down to around F/22-32.  I wonder if they blocked traffic for a minute or two to get the shot; it looks like they’re quite a ways from the curb, and taking up at least part of a lane.

Anyhow, a nice trip back to the olden days; I wonder if our current digital pictures will be looked at in the same way a hundred years from now?

The dealership is still there, but It’s a movie theatre now.  Read more about it here.  See more images of Don Lee Cadillac via Shorpy. 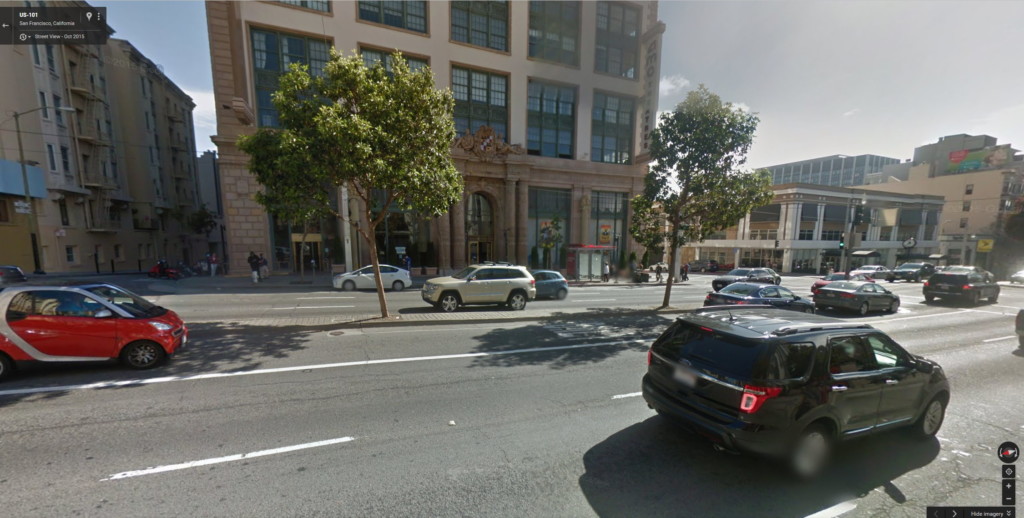 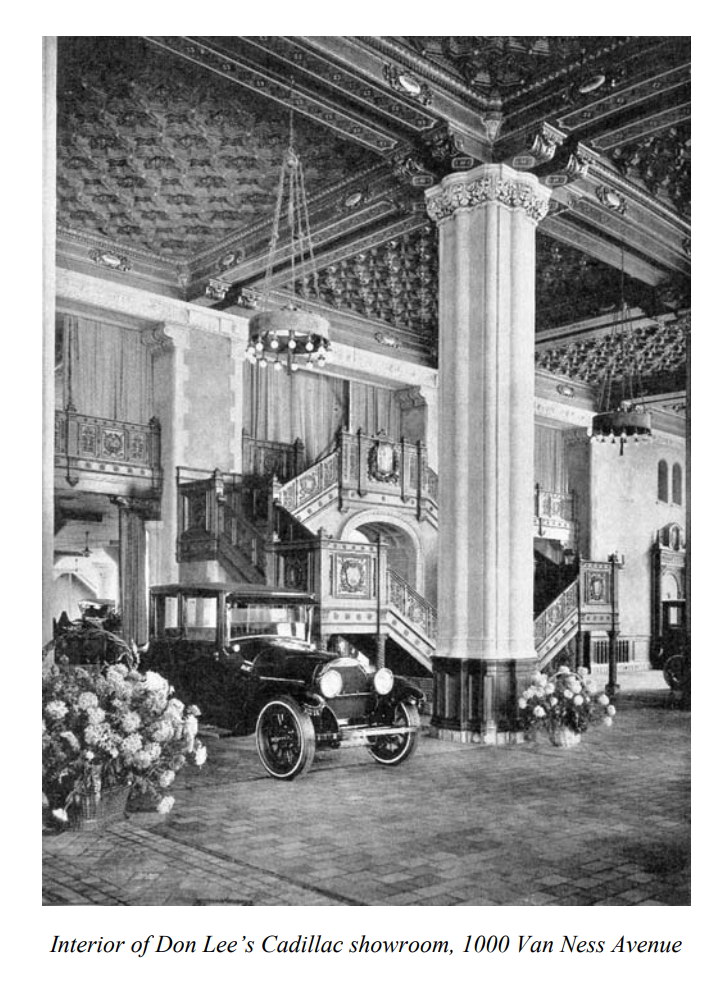