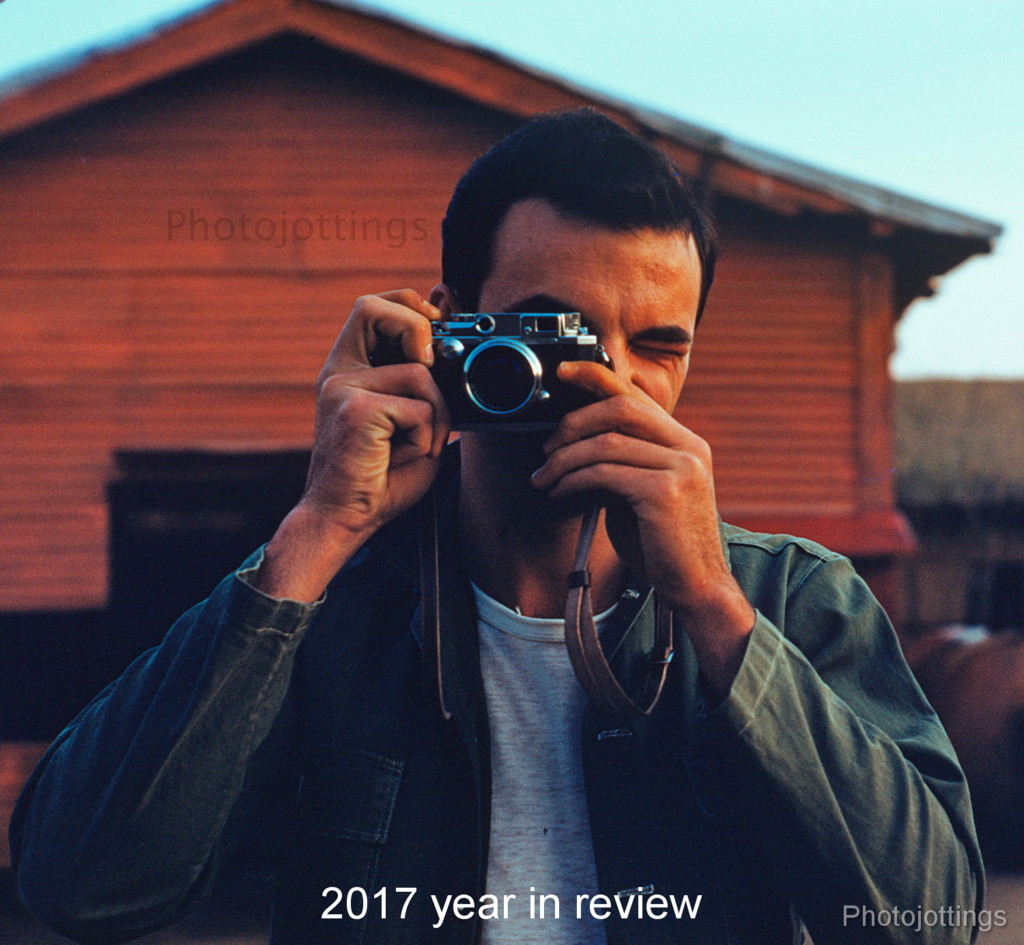 Just a quick post to broadcast my thoughts on the two websites for 2017, including most popular posts, viewers, and direction.

First off, thanks to all the visitors for checking out my ‘new’ site photojottings. It’s been around since 2012 in an abbreviated way, but I’ve been pretty serious about it in 2017, and spent a ton of money transferring all the old material from kurtmunger.com to here.  My intention is to keep the old site up for a couple more years, then give it a proper burial, hopefully before web.com pulls the plug on the old trellix sitebuilder and the whole site gets trashed instantly, that’s my fear and reason for transferring the old stuff here.

Kurtmunger.com.  I haven’t updated my old site with anything meaningful in almost three years, (3/14 last lens review); however, the site still gets nearly 109,000 visits per month, and almost 200k page views.  Top five posts include the dirty lens article, two ‘E’ mount charts, lens price guide, and the Kodak Brownie review, all of them done about 5-10 years ago.  I’m in the process of updating all the old reviews that have been transferred to photojottings, so always check here for the most current info.

Photojottings.  I didn’t post very many new reviews in 2017, but I did get rolling in September by adding two posts a week on average, and have kept that up,  however, I’d like to pick that up a bit to three posts a week soon.  My goal is to do about two full reviews a month, probably a combination of new FE lenses, film cameras and some gear related articles, along with updates and site changes and/or additions.  The top five posts include: Fuji GWS690III review, a film camera, and ironically the most popular page on the site, then ‘all lens reviews‘ page. Third is the Rokinon 12mm F/2 review, fourth is the Sony 28-70mm F/3.5-5.6 review, and the fifth most popular post is the Sony Zeiss quick comparison.  Rounding out the top ten include the Kodak Funsaver disposable camera review, the Sony 55/1.8 and Sigma 30/1.4 review, the complete lens guide page and Sony 24-70/4 review.

I use a lot of film each year, in 2017 I shot almost 40 rolls of film, and went through a 25 sheet box of Ilford 8×10 film.  Film seems to have bottomed out around 2016, and now appears to be on a recovery curve, which is great. My guess is many artistic people are looking for something different than digital, and want an ‘original’ or tangible product to show, like a Kodachrome slide for instance; there is no hard original image with digital; a RAW file or print from that file is not an original.  Some people like myself may enjoy taking the picture, developing the film, and printing it out, or even using fun direct positive paper, think of a polaroid, only much better quality.  So this year will include quite a few film camera reviews, and articles related to film processing and scanning.

Anyhow, hope you have a great year, and thanks for visiting! Kurt.

Feature image is of my dad in Korea about 1952/3 with a Canon IV SB camera, Kodachrome slide.