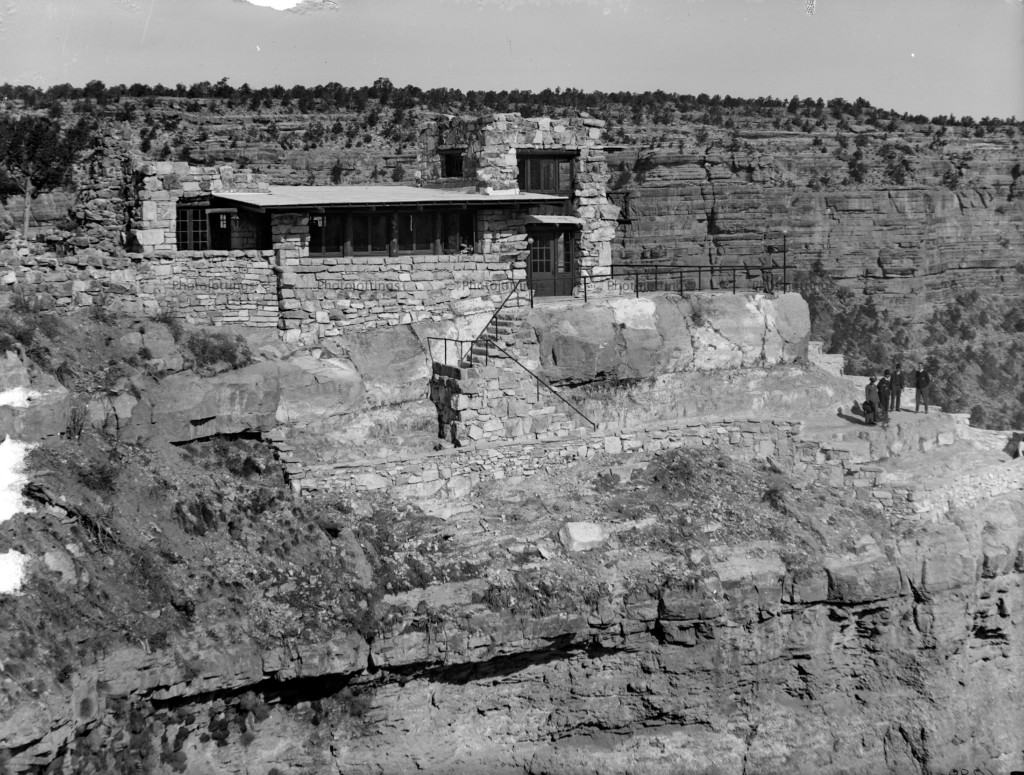 Let’s step back once again into the Photojottings time machine, and head over to the south rim of the magnificent Grand Canyon, where we’ll find the ‘Lookout’ (now called Lookout Studio) during a late phase of construction.  In this literal glass plate window in time, we can observe Mary Colter’s vision of a structure designed to emulate the natural scenery along the rim of the Grand Canyon using local stone and wood while mimicking ancient southwestern Native American construction styles.

This picture may have been taken during a partial or early opening for select individuals, or possibly for the photographer as I’m sure they knew he was coming.  Check out the group on the lower right, the lady has quite the outfit on; and the man above them is wearing puttees. I wonder what the person is doing in the window?  The image is a little soft on the right side, and has some paper stuck to the emulsion side on the left, otherwise it’s take sharp!  click image for larger version.

I’ve been here many times, and it’s a pretty cool little place to buy trinkets, or to view the canyon, especially Indian Gardens below; unfortunately, it’s loaded with people like you wouldn’t believe in the summer months.  As a side note: go here for my trip from the South Kaibab trail, down to Phantom Ranch, and up the Bright Angel trail in the off season.

This 6½” x 8½” glass plate negative was taken by photographer H.C. Tibbetts.  The date on the glass plate envelope is 1912, which matches up with the ‘Lookout’ completion date of 1914.  In this view, it looks like there’s a little more stone work to do on the south (left) side of the building, along with some retaining walls to complete.

Howard Clinton Tibbitts (1863-1937) was a San Francisco based photographer who worked for the Southern Pacific Railroad for 40 years starting in 1892. He photographed extensively in the American West, Canada and Mexico, documenting landscapes, towns, agriculture, parks, and other local scenes to help promote the railroad. His work as used in the railroad’s magazine Sunset starting with the first publication in 1898. Sunset attempted to change the “wild west” perception of California and Nevada through depictions of the beauty and grandeur of the West. The magazine especially featured locations on the Southern Pacific’s Sunset line running from New Orleans to San Francisco.

Let’s look at a detail of the image above. 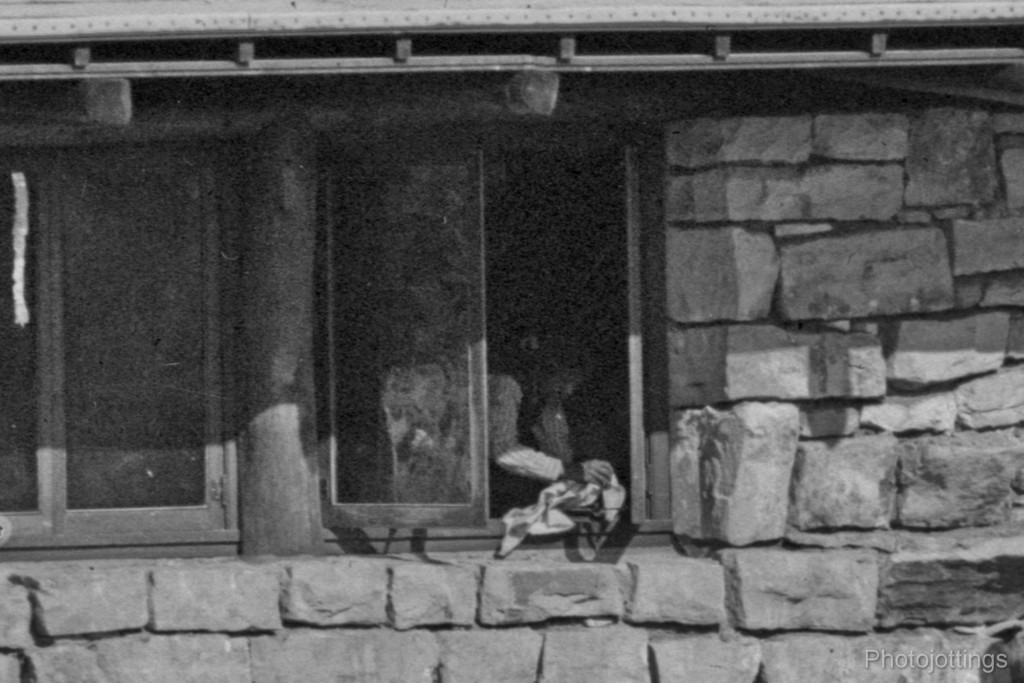 Someone is doing a little cleaning, or possibly involved in the finishing of the interior. 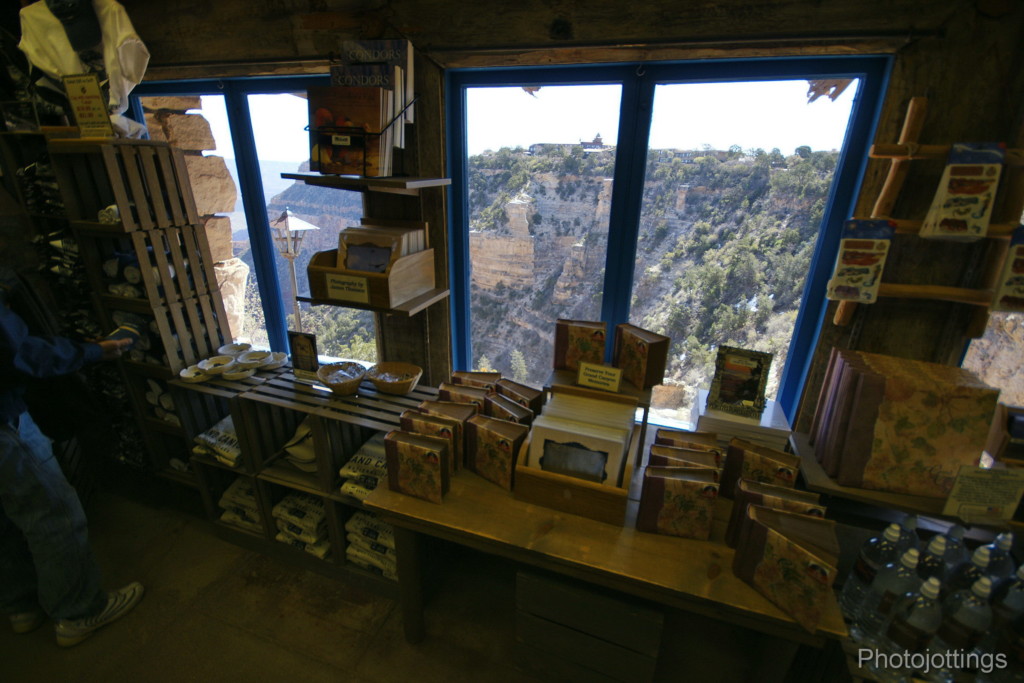 The window at the left is where the person above is standing, and part of the view. I took this shot quite a few years ago. 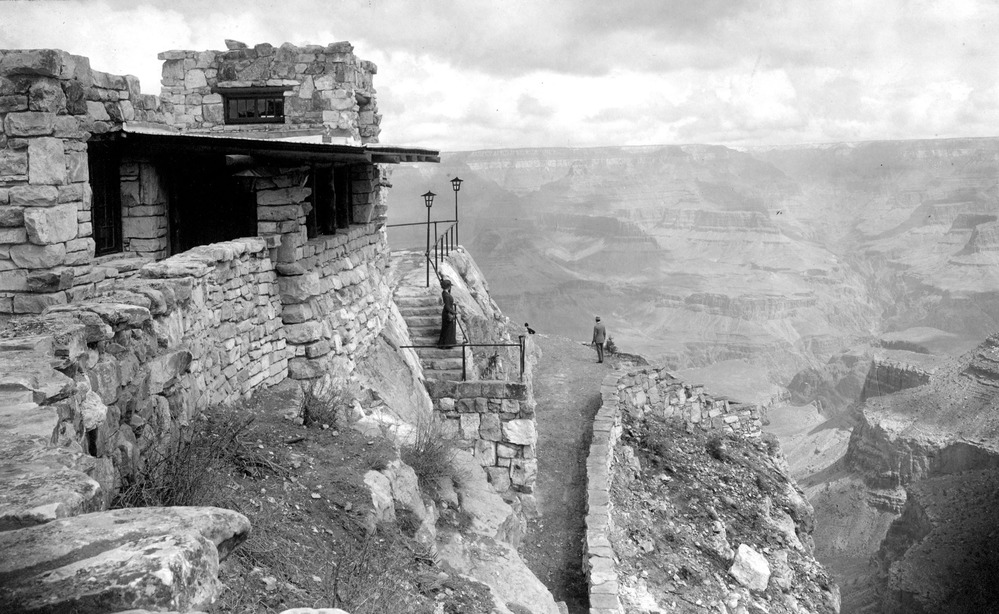 This is a National Park Service photograph dated ‘circa’ 1915. The lamp post lights in this shot look the same as the recent shot above, seen through the left window. In our 1912 photo, the lamp posts have a simple globe.  This shot was most likely taken shortly after our Tibbetts image in 1913, or 1914. 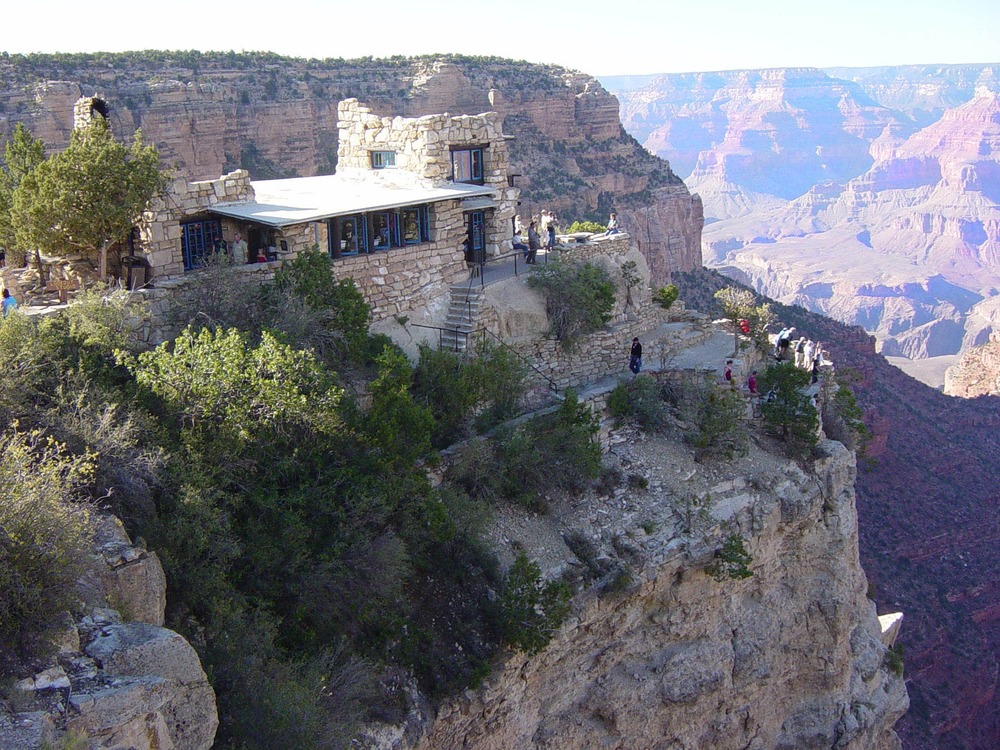 Here’s what the place looks like today from a NPS photo.  I see a lot of vegetation that obscures part of the site, and a few added stones to the corners of the observation tower wall and entry wall; otherwise the place looks mostly unchanged from 1912!  See more early Lookout Studio images here.

That’s it for our trip down memory lane, thanks for visiting!