Here’s a brief look at the Sony 85mm F/1.4 Carl Zeiss Planar lens.  Scroll down for the review.

Requisite product shots.
All testing done with the Sony A700, and Sony A900.  For full frame results, go to the bottom of the page.   For a better understanding of the terms and methods used for this review, go here.                   The Sony 85mm F/1.4 Carl Zeiss Planar (made in Japan) lens is fast, expensive, compact, and heavy.  It’s a special use lens aimed at advanced amateurs and professional photographers who have a need for limited DOF,  such as portrait work, or available light, hand-held conditions.   This is an all new Carl Zeiss design, and not a re-badged Minolta.  It’s also hard to photograph, since bright lights bring out all the sparkly stuff in the finish, oh well.  Sony claims no aspheric elements are used in the construction of the lens, the image above uses a color to identify any aspherics used, and none of the elements are colored.  Box contents also include a metal hood, and a black vinyl-type carrying pouch.
Build quality is very good.  Fit and finish are indicative of other Carl Zeiss Sony lenses.  It has a satin (almost sparkly) black finish that matches the A900 better than the A700.  The lens has a focus distance window with ft and m in different colors along with DOF hash marks coming at F/8, F/16, F/22.  It also sports a focus hold button, which can be changed to DOF preview on certain Sony cameras.
Focusing.  This lens has a long focus throw, but is fairly speedy from close-in to infinity using AF.  It also focuses by extending the front, which adds another 15mm to the length.  There’s a little slop on the focus ring if you wiggle it in either manual or auto focus, that’s no big deal though.  Manually, the focus ring is dampened about right, but when going through the entire focus range, you’ll need to twist your wrist about 120°, or 1/3 of a turn.  The focus ring doesn’t turn in auto-focus mode.
The lens is multi-coated and resists flare and ghosting with above average results, and similar to other primes in this range.  It comes with a metal hood with a ring of rubber around the end, and some fancy felt type lining inside.  It uses a ring of plastic to mount to the lens, and doesn’t connect very tightly in my opinion.  Don’t lose the hood, or it’ll cost you $130 to replace–and labeled by me as a Sony massive profit generator.
Filter size is 72mm.  Sharing this size in the Sony lineup are the 135mm F/2.8 STF, CZ 24mm F/2, and the 20mm F/2.8.
Normal filters, cause no additional vignetting on APS-C or full frame cameras.
Coma No issues to report, even at F/1.4.
Color looks the same as other Sony lenses.
Bokeh is very smooth, but look for color fringes around highlight circles, see crops below.
Color fringing.   There is axial (longitudinal) CA present over the entire image.  It’s especially strong at F/1.4-2, but goes away as you stop down and isn’t noticeable past F/4.  There is also some lateral color fringing, which occurs along the sides of the image, and doesn’t go away as you stop down.  This lens is about average in this department.  Check out the crops below to see what I’m talking about.
Random shots below.

The top left shot shows how the lens handles the sun when it’s smack dab in the middle of the image, and it does a good job, no rings or color blobs.  The right shot shows the sun at an angle, with the camera held in the vertical position.  You can pick out a green blob with a smear going down away from the sun.  This is as bad as it gets.  With the camera held horizontally, with the same scene, you only see a minor green blob or so, and only in shadow areas.  Full frame can show slightly stronger results towards the edges of the image.  With the hood on and the sun out of the image, no problems.

The bottom crops show bokeh.  Out of focus highlights look very smooth wide open, and retain an even, circular look near F/4.  The lens has spherochromatism, which results in cyan fringing in back of the focus point (see bottom row), noticeable around the circles in the crops above.  You see magenta fringing in front of the focus point.  This behavior is common for a very fast lens.  Don’t compare the bokeh from front to back blur, as the focus distances are not exactly the same.

Distortion is nearly non-existent.  If you like examining your pictures with a grid overlay, you’ll see a very small amount of pincushion.  This lens has very slight barrel distortion at close focus, and turns to slight pincushion as you focus on more distance objects, which explains why the full frame results are nearly flat; the A900 (full frame) needs to be closer to the subject to fill the frame, so it’s focused slightly closer.  None of this is noticeable in real pictures.

Light fall-off or corner darkening is mild at F/1.4.  It blends well into the center of the image so it doesn’t show in real life.  By F/2, it’s gone 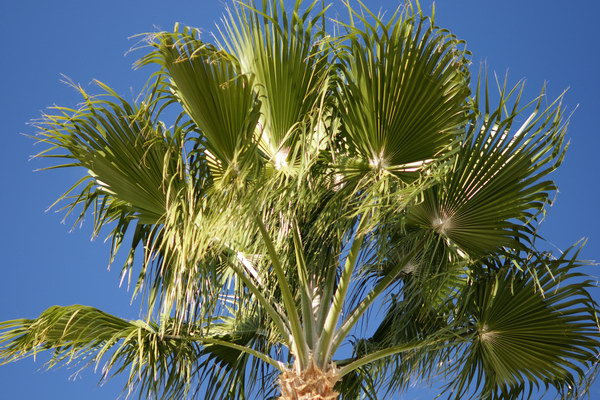 Shot at F/1.4, no adjustments.  Light fall-off in real images is not noticeable on a cropped sensor camera.

These crops are from the extreme bottom right corner.  Things look good here at F/1.4, and real good at F/2.8.  No additional stopping down is necessary for sharp corners.  I threw in a center crop at F/5.6 to show you the difference between that shot and the F/5.6 corner shot.  I see practically no difference other than a tiny bit more contrast coming from the center crop.  Also notice the color fringing in the corner crops, none in the center.

How sharp are the centers if the images are enlarged to a staggering size?

The center samples above show two sets of crops at F/1.4 and F/2.  You can get either one depending on very tiny movements of the focus ring.  By F/2.8, things even out for the most part between the two sets.  The color fringing looks pretty harsh (top row) wide open to one stop down, but looks slightly sharper than the second row set that shows no color fringing.  Axial color fringing goes away as you stop down, or you manage to obtain perfect focus, no small feat at F/1.4!  This is a common problem among fast lenses.  Don’t shoot at F/1.4-2 in broad daylight as I’ve done here, and you won’t have to worry about veiling haze and color fringing.
Looking at the crops above, F/1.4 shows a little veiling haze, or lack of contrast, but still has plenty of detail.  At F/2, contrast looks better, with about the same sharpness.  The image sharpens up even more at F/2.8, and has a nice window of sharpness from F/2.8-11.  Things look very sharp from F/4-8 when taking real pictures.  There’s no gain in sharpness by stopping down past F/8, though F/11 still looks good, but F/16 softens due to diffraction.  If you’re thinking of buying this lens for taking pictures of newspapers and test charts, use F/5.6-8.
Close focus sample.
Below, check out the close focus shot, a 100% cropped portion of the full image.  The sample shot was taken with the Sony A 700 12.2mp camera.  The subject is a standard US stamp, 1″x 3/4″ or 25.4mm x 19mm.  Also, note the macro shot was taken as close to the subject as focusing allowed; In this case, 27.9″ or 709mm, measured from the front of the lens barrel to the subject.
This maximum magnification shot is sharp, but it’s small.  If you’re using this lens for its intended purpose, you won’t care about macro type shots.  There is little change in sharpness between F/4-11, but F/5.6-8 seemed the absolute sharpest.
My final thoughts.
The Sony 85mm F/1.4 Carl Zeiss Planar is an expensive specialty lens.  It has a superb build quality, and feels very nice in the hand.  It would’ve been nice to have SSM focusing, but that’s no big deal.  Sony markets this lens squarely at portrait photographers, with a secondary use being available light, hand-held shooting.
As you saw in the center crops, the lens is pretty sharp, even at F/1.4, though watch out for some heavy color fringing.  Light fall-off is low, even at F/1.4.  There’s no coma, and the corners are almost as sharp as the centers.  When used in low light or indoors, the color fringing isn’t so noticeable, especially when no hard contrast edges are present.  For use as a fast medium telephoto lens; good, but don’t use F/1.4-F/2 for taking pictures of moving subjects, the DOF is so slim, you’ll be lucky to get anything is focus, and depending on the scene and lighting, you may have axial CA all over the place.  This lens performs about the same using APS-C or full frame coverage, very good news.
Look closely at the Sigma 85/1.4 HSM, it’s much less expensive, and performs very well.  There’s a Sigma-Sony comparison at the bottom of the review that you may find interesting.
If you need this speed and focal length, but are on a budget, check out the manual focus onlyVivitar 85/1.4 for way less money than both the Sigma or Sony.
This is a great lens for stationary subjects, and is meant to be used at or near a wide open aperture.  You’re paying big money for the F/1.4-2 part of this lens.  If you want to isolate your subject with a soft, de-focused background, and get sharp shots wide open, buy this lens, it’s worthy of the high price!  Get something different, like the Sony 85/2.8 if you’re only going to use it stopped down past F/2.8.  If you just want a fast lens for dabbling in available light, hand-held photography, I’d get the much less expensive  Sony 50mm F/1.4, or Sony DT 35mm F/1.8 and save yourself a boat-load of money.