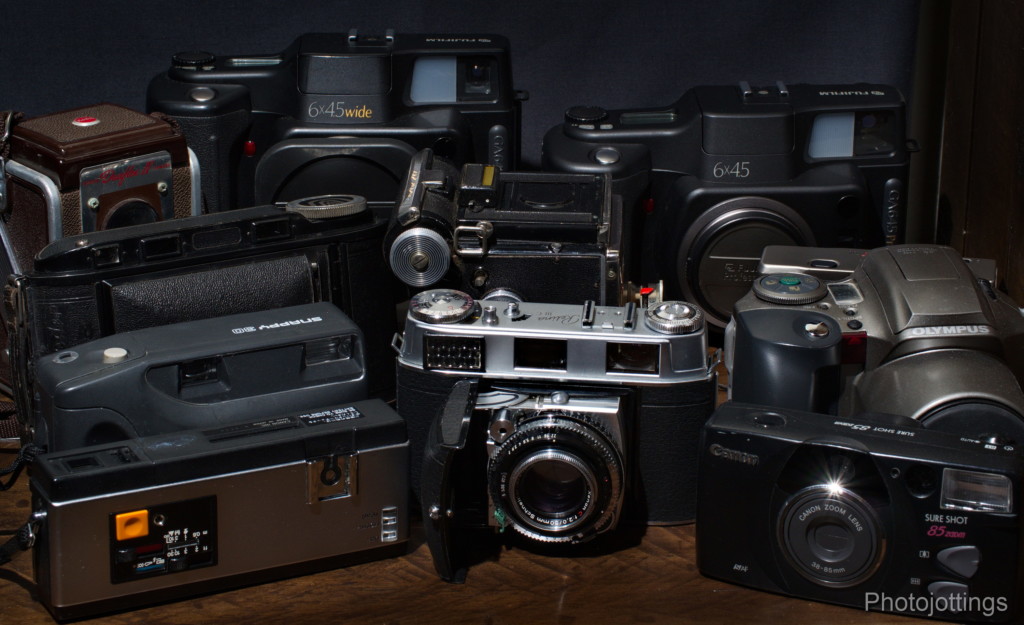 First off, I’ve replaced the awful test pictures at the bottom of the Fuji GSW690III review with some decent ones.

And now a quick note about upcoming camera reviews and posts.  For visitors from the legacy site: I’m not currently reviewing any Sony lenses, or any other lenses for that matter.  I’ve decided to concentrate my efforts (at least for now) on reviewing film cameras, accessories and new film products, plus posting information on film shooting in general and developing techniques; all of that is based on my personal failures, (and successes) from the 1970s to the present, so I have a lot of material to draw from.

Unbelievably, I’ve been shooting digital since the late 1990s.  My first digital camera was an Agfa blisterpack 640×480 model, then going up the ladder to a Olympus 750UZ, and a Konica Minolta 5D around 2005.  After Sony bought Konica Minolta’s camera division in 2006, I’ve had about a dozen of their DSLR’s and mirrorless, including my latest one, the A7R, which is now over 4 years old with around 300k clicks on it.  I plan on one more upgrade, and that’s it.  I’m still shooting interiors with digital, but I’ve been trying to sell the idea of film to clients for all other work…yes, of course it’s tough.

Before digital, I remember how exciting it was to get my pictures back from the lab, especially after waiting a couple of weeks; or even the one hour photo at Walgreens!!  I still get excited, even when I shoot some film, and develop it right away myself!  After careful composing, exposure, developing and printing, I enjoy seeing the end product, especially when the picture turns out just as I envisioned.  I don’t get excited from digital imaging anymore.

Well, have you had enough rambling about the good ole days of film? hopefully not, because in the coming weeks look for the following camera reviews, but not necessarily in this order: Kodak Duoflex IV with Kodar F/8 lens, Contax Tix, Kodak Star 535, Canon 110ED, Fuji GA645W 45/4, and the Fuji GA645 60/4 version—both are medium format cameras.  Also look for some comparisons along the way as to what the differences are in medium format film, from 6×4.5, 6×6 to 6×9 etc.  Additionally, I have a whole bunch of folders from Zeiss Ikon, Kodak, Agfa, Voightlander and more, some north of 100 years old that I’ll be reviewing too!